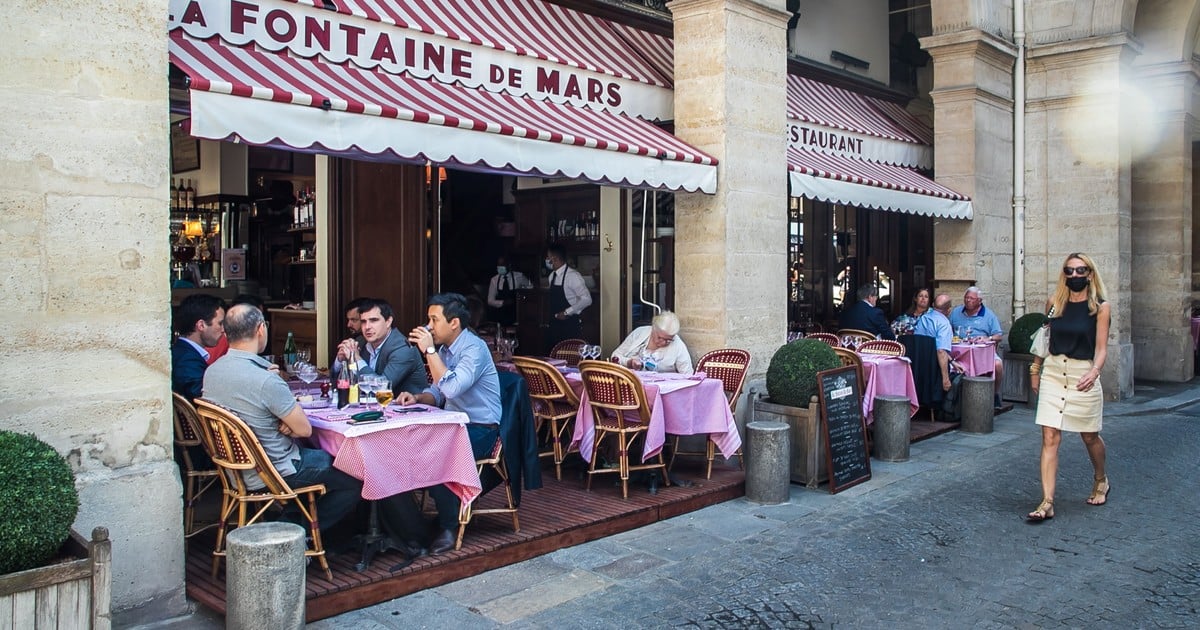 The French recovered this Wednesday little pleasures that they had forgotten with the coronavirus pandemic, such as having something inside a cafe or doing sports in a gym, thanks to the relaxation of restrictions against the coronavirus.

Three weeks after the reopening of the terraces of cafes, cinemas and museums, the second stage The de-escalation began on Wednesday with a curfew that goes from 9:00 p.m. to 11:00 p.m.

In addition, cafes and restaurants will be able to welcome people again inside, with a maximum capacity 50% of capacity, which will allow to reopen a good number of small establishments that do not have terraces or are insufficient in size to be profitable.

Athletes can, for their part, re-enter gyms or swimming pools.

“It’s the first time I’ve been here in almost a year, I’ve followed the rules, that’s why I’m so hungry!” Says Maxence in one of the newest climbing rooms in Paris, Arkose Nation, which opened at seven in point in the morning.

After seven months of deprivation, Stéphanie Moscoso, a Brazilian student at the Institute of Political Sciences in Paris, went to a gym in the second district of Paris, where she has a subscription.

Cafes and restaurants will be able to welcome people back inside, with a maximum capacity of 50% of the capacity. Photo: EFE

“I was very motivated. I woke up this morning, it was very early, I saw the sun and I said to myself: this is the beginning of a new life!”, She explained.

France also recovers the tradition of morning coffee. “It’s nice to have a coffee inside. Normal life slowly resumes,” says Hammou Mraoui, a transport worker at a bar at the Meudon train station in the Paris suburbs.

Nearby, laughter can be heard at Café Miromar, where Bernard Krolikiewicz has a long coffee. “What I missed was most of all the talk“, He says.

On the trains, the bar cars that were closed From 2 November they can welcome passengers again, as on the Paris-Nantes TGV that left Paris Montparnasse station at 6.23 am.

“I’m happy to have a coffee,” said Pierre, the first customer to arrive two minutes after departure.

Eating inside, a pleasure recovered in Paris. Photo: EFE

Matthieu Marie, a young executive on his way to the Vendée region on the Atlantic coast, bought something to eat. “Feels good, I haven’t had time to eat breakfast before leaving so early,” he says.

This new stage of deconfinement will last three weeks and we will have to wait until June 30 for the curfew, the capacity limit in bars, restaurants and cultural spaces, and the limitations on outdoor meetings to end.

But only if the health situation keep improvingFrench President Emmanuel Macron warned Tuesday, calling on the French to remain “prudent” and get mass vaccinated.

The authors are journalists from AFP