Coronavirus Experts: Vaccinated grandparents can be met as long as you remember the precautions – “At some point you have to dare to move towards a normal life” 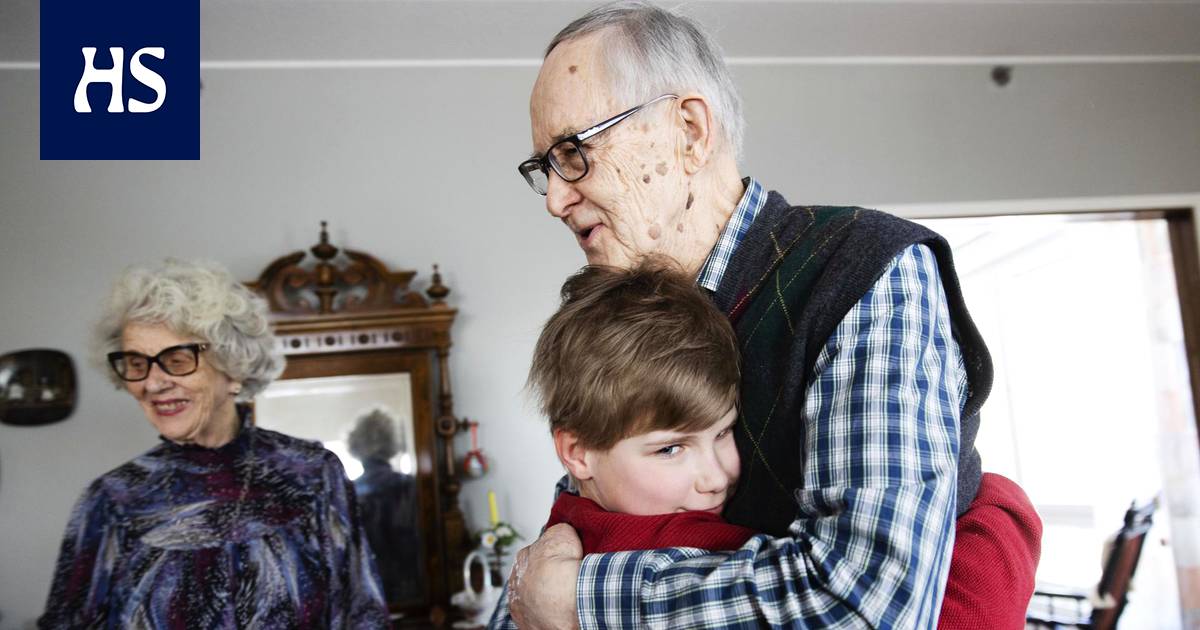 Experts even think that meetings with close associates are desirable. THL intends to draw up guidelines for grandparents’ meetings.

Many grandparents have received at least their first coronary vaccination, but does that mean they can be met with confidence?

Vaccinated grandparents can and should be met, but certain restrictions and guidelines should be kept in mind. This is the assessment of the experts interviewed by HS.

“So far, we have recommended precautions regardless of whether vaccinated or not and regardless of the number of doses of vaccine,” says the chief physician of the National Institute for Health and Welfare (THL). Hanna Nohynek.

Precautions such as mask use, hand hygiene, safety intervals, and adherence to collection restrictions are recommended, as even a vaccinated person may carry the virus for some time when exposed and be a source of infection in their environment.

“Instead, from the vaccine’s own point of view, he is well protected from serious illness after vaccinations, and from that point of view, meeting with a close circle or other vaccinees is possible, even desirable, for grandparents and their offspring,” Nohynek estimates.

THL does not have more detailed instructions for meeting grandparents, but they will be prepared according to Nohynek.

“The instructions are the same for vaccinated and non-vaccinated people,” says Rämet.

According to Rämet, the recipient of the vaccine does not infect the disease to the extent that the person is not vaccinated, but it is not completely ruled out that he would not infect.

“This is the reason why everyone has to follow the restrictions,” Rämet says.

The threat of new, more contagious virus variants is also lurking in the background. At least the South African virus variant partially circumvents the protection provided by the vaccine.

“No one wants these virus variants to spread in Finland. Of course, the vaccine provides protection against a severe form of the disease, even in the case of viral variants, ”says Rämet.

Second an important thing when considering a grandparent appointment is the waiting period after vaccination. It should be two weeks.

“The most important thing is the first week or two after the vaccine. It is important that you do not get the disease then, because a good thing, ie the protection provided by the vaccine, can be lost, ”Rämet describes.

If 1-2 weeks after the vaccine, you can take care not to get infected, even the elderly can sigh a little relief from the coronavirus.

“After that, protection against a severe form of the disease is really good even in the elderly,” says Rämet.

However, the protection is not 100%. Answering the question about the grandparents’ meeting makes Rämet pensive.

“Everything involves risks and life, however, you need to be able to live. In other words, if it goes really bad, the person receiving the vaccine can, in principle, become infected from an asymptomatic loved one and then have a severe infection. ”

Swamps emphasizes, however, the other side of the issue. When grandparents are unable to see their grandchildren, it also has detrimental health effects.

Many grandparents have practically lived in near isolation for over a year.

“Once a vaccine is received, it makes life easier. You don’t have to be so worried anymore, ”says Rämet.

You can go to the grocery store and pharmacy with peace of mind, and right after that, the meeting is sure to have a meeting with loved ones.

“When you get to meet loved ones, the grandchildren are among the first,” Rämet estimates.

As sick and symptomatic, no one has a reason to go for visits or invite anyone to visit. Whenever possible, appointments should be arranged outdoors, where the risk of infection is lower than indoors.

For consideration also comes whether to hug or take in his arms. If you want to take it for granted, keep a safety distance of two meters.

“Personally, I think that at some point I have to dare to move towards a normal life. When a couple of weeks have passed since the first dose of the vaccine, the protection is already good, ”Rämet reflects.

He points out that regional differences in the disease situation should certainly be taken into account. For example, Uusimaa and Kainuu are in such different situations that consideration must be given to families in terms of visits between different regions.

“Under these boundary conditions, however, life begins to open up,” Rämet emphasizes.

He encourages everyone to take the vaccine as soon as the opportunity arises. Increasing the number of people vaccinated will make life easier for everyone.

Another after a vaccine dose, protection against serious coronavirus disease is already in the 95% range.

Grandparents and their grandchildren Michael Power, 10, finally meet each other. Grandparents Anja-Kaisa Luoto, 83 and Esko Luoto, 87, have now received both doses of the vaccine.­Picture: Rio Gandara / HS

“At that point, let’s move on from me so that once the vaccinated meets the vaccinated, there is no need to wear masks anymore. The risk of infection is low and if one is infected, the other is protected, ”says Rämet.

However, the next couple of months must be acted upon closely to keep the epidemic under control.

More than 25 percent of the adult population is currently vaccinated, so Rämet is not far from the end of the epidemic and normal life.

To the ordinary the use of masks and handcuffs in the wake of respiratory infections may remain a permanent practice in life.

In Asia, this has been the case for a long time, and according to Rämet, the concept is no longer foreign to Finland either.