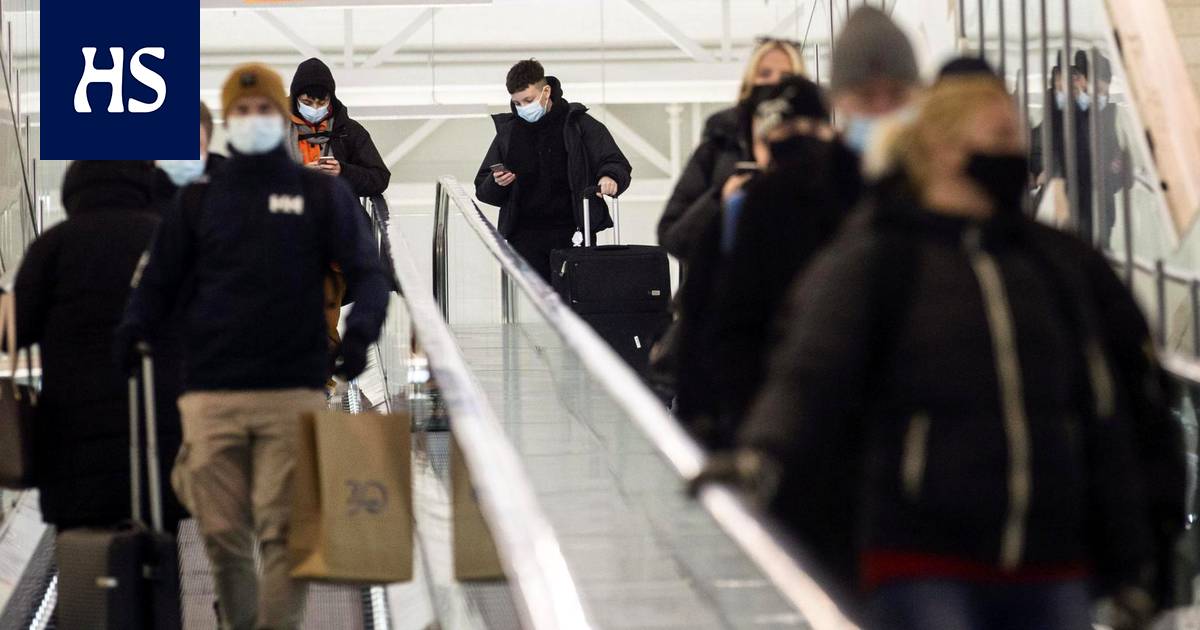 The country has been in a state of severe confinement for a week, still with more than one and a half thousand new infections a day. Hospitals work at the extremes, vaccinations are directed to the areas most affected by infections.

Estonia the coronavirus situation is currently the worst in the world in terms of population.

In the last two weeks, 1,536 infections per 100,000 people have been detected in Estonia. It is currently the highest official incidence rate in the world, ie Estonia, with a population of 1.3 million, has left behind the Czech Republic, which has long dominated statistics.

New infections have been detected in the last two weeks for about 1,300 to 1,900 days, and the proportion of positive tests in all samples for a couple of weeks has been in the order of 20%. 700 patients are currently in need of hospital treatment.

Minister of Labor and Health Tanel Kiik said on Thursdaythat the rise in the infection curve shows signs of stabilization. At the same time, the minister pointed out that stabilization does not mean counting the number of cases, but rather that the crisis is now at its peak.

Reasons there are many for a bad disease situation. The development of the infection started already in the autumn of last year, but restrictions were imposed on the areas of Tallinn and Itä-Virumaa that suffered the most from infection only around Christmas.

In late January, restrictions were relaxed, although cases of infection showed little relief.

At the beginning of February, the incidence rate had already stabilized at a fairly high level, around 500, but after that the curve started to rise again. At the same time, the number of people in need of hospital treatment also began to increase.

Life in Estonia was relatively free compared to other European countries until the beginning of March. The new government wanted to keep society as open as possible. The government considered the sustainability of the health care system in particular as a measure.

At the same time, the British variant of the coronavirus spread in Estonia. The tracing of variants was very small in Estonia at the beginning of the year, and the authorities woke up late.

According to the Estonian health authorities, up to 70% of infections in recent weeks are due to the British variant.

March in the beginning, some schoolchildren were sent to distance learning, the majority of public spaces were closed and restaurant opening hours were reduced. However, the number of cases of infection continued to increase and the health care system began to load rapidly.

Hospitals in northern Estonia in particular are tough. Mortality in Estonia is higher than usual, about ten people die every day in Estonia from the disease caused by the coronavirus. The coronavirus was the third most common cause of death in Estonia at the beginning of the year, he says ERR.

Since 11 March, there has been a severe lockdown in the country. Grocery stores, pharmacies, Opticians and pet stores may be open. A maximum of two people can walk outside. For others, a safety distance of two meters must be maintained. Mask obsession applies indoors and on public transport. For restaurants, only takeaway and drive-in services are allowed.

The restrictions are valid at least until April 11th.

The government also announced an additional budget of € 641 million this week to mitigate the effects of the interest rate crisis.

Virus has spread especially in areas with a large Russian – speaking population, such as In Lasnamäe and Maardu. In Lasnamäki, the incidence rate for the last two weeks is over 3,000, which is about twice the average incidence rate in Estonia.

This week, some of the vaccines will be administered in Estonia, especially to people over the age of 70 living in these areas.

Director of the Lasnamäki district Vladimir Svetin according to the infection peaks are due to dense housing as well as people’s socioeconomic background. He denies linguistic and cultural background influences.

“Russian speakers are as aware of the virus as Estonian speakers. There may be a difference in conclusions and whether they change their behavior, ”Svet said last week In an interview with HS.

However, none of Kolkka in Estonia is virus-free, as wastewater studies show.

The Prime Minister has also been infected with the coronavirus Kaja Kallas, who announced on Wednesday that he would be absent from work due to illness.

More than 150,000 people, or about 12 percent of the population, have received at least one dose of the vaccine. Vaccinations seem to affect at least those over the age of 80 who have declined.

Masdar launches the global campaign for a “sustainable future”

This is the new poster of Loki, the next Marvel series on Disney +