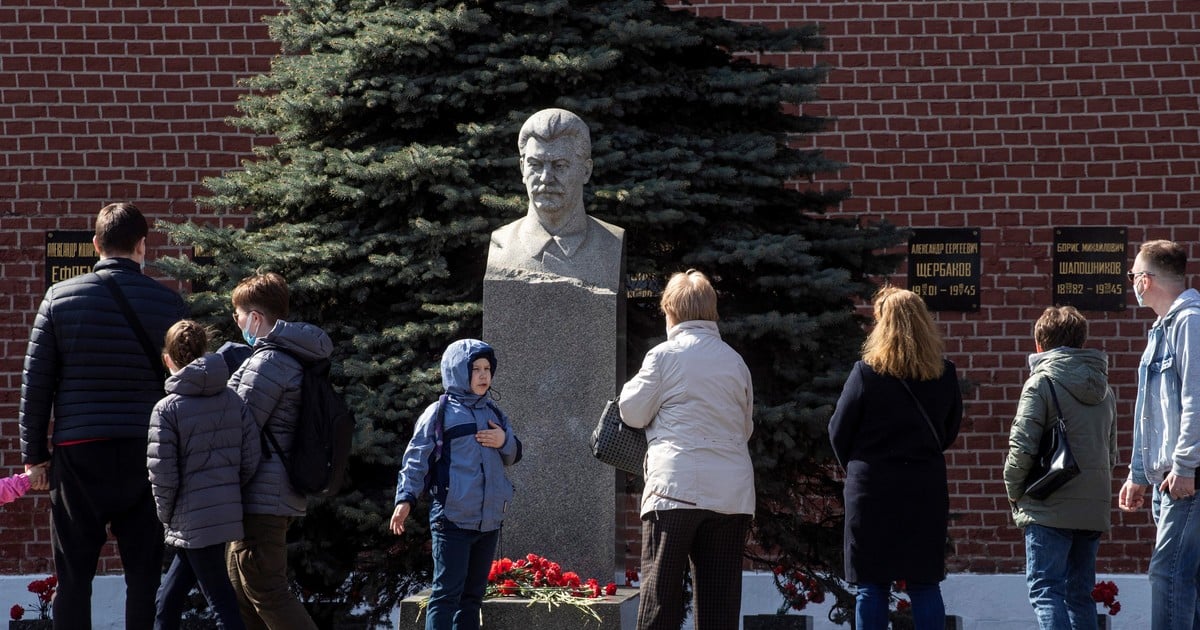 A brief jab and the German Enno Lenze already sighs in relief. The 38-year-old Berliner just hopes the side effects of his coronavirus vaccination won’t appear so quickly, so I can see as much as possible from Moscow.

“If I feel good, I will visit museum after museum,” Lenze explains to dpa. He came along with another fifty Germans on a “vaccination tour” to the Russian capital, to apply Sputnik V.

And he claims that, in Germany, he would have had an appointment to get vaccinated not before the end of the year. “You just don’t know,” he says.

It is already about second flight to get vaccinated in Moscow offered by the Norwegian tour operator World Visitor. “Until September, we will bring 50 people to Moscow every week,” says the head of the Munich office, Hans Blank, and says he receives a “tremendous” number of inquiries.

An officer of the Federal Protection Service of the Russian Federation stands guard at the entrance to Lenin’s Mausoleum on Red Square in Moscow. Photo EFE

For the Russian state, which sells its vaccine on the international market, this news is welcome: Germans who, faced with the much-talked about vaccination chaos in their homeland, seek to save themselves in Russia. Russian state television will know how to take advantage of these images.

Some of the groups of German travelers are surrounded by reporters. An interview here, another there. Unlike the rest, they should not go to a private clinic, but the vaccine is administered directly at the hotel.

The Berliner will return to Moscow in three weeks, to receive the second dose of Sputnik. Instead, 24-year-old Thomas Waller will remain in Russia during that time.

“The vaccination is a stimulus to meet friends and family in Moscow, the second stimulus,” says a lawyer from Hamburg. “My wife is Russian,” he adds.

Due to closed borders during the pandemic, he was unable to fly to the Russian capital for a long time. Now, for a short time, German citizens with a valid visa can travel by air again. Before this “vaccination tour” would not have been possible.

In August last year, Russia launched Sputnik V, the world’s first widely applicable vaccine in the population. In the meantime, two other Russian vaccines have already hit the market.

While in moscow it is possible to get vaccinated even in shopping centersIn other regions you have to wait much longer to get an appointment for the application.

Asked a Russian state television reporter who has just interviewed two Germans if President Vladimir Putin is happy about the images of Germans getting vaccinated in Moscow, he replies that it is about saving human lives with the vaccine, and not a political issue.

Putin, 68, received the second dose the day before the Germans were vaccinated. The Kremlin later noted that the head of state he was fine. Other vaccinates later reported fever and joint and headache pain.

There are also “vaccination tours” to other destinations in the world, such as Florida, in the United States. “Russia was the only offer that I could take advantage of,” says Lenze. “The United States was not possible because of the visa, while in Serbia there were no available slots.”

And, according to Blank, there are many who benefit from these “vaccination tours”: the client, protected from the coronavirus, hotels, airlines, gastronomes and of course himself. But this is just “a small business,” he clarifies. “It’s better than not having to do anything.”

In fact, the Russian authorities had always stressed that the population itself was to be vaccinated first. But the images of foreigners who apply their doses in Russia are welcome for the commercialization of the vaccine.

In the gigantic country, in proportion, few inhabitants have already been inoculated. Deputy Prime Minister Tatiana Golilova estimated on Friday that there would be about eight million people, or just over five percent of the population.