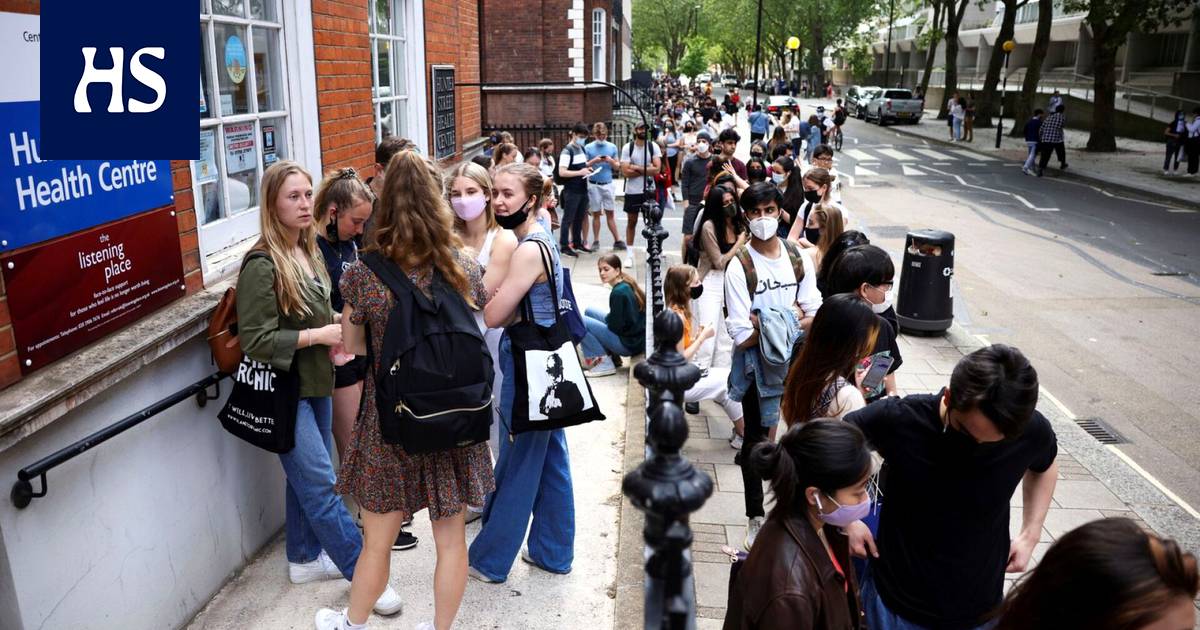 Of the EU countries, at least Spain, Portugal, Belgium and Malta have overtaken Britain in terms of the number of people completely vaccinated.

Britain launched coroner vaccinations at the end of last year at a pace as one of the top countries in the world. Since then, however, the pace has waned.

At least four EU countries have overtaken Britain in terms of the number of people completely vaccinated. Spain, Portugal, Belgium and Malta now have more citizens who have received a full series of vaccines than Britain.

Vaccination in Malta, with a population of half a million, has made rapid progress. More than 91 percent of the population has received a single dose of vaccine.

The data is based on Our World in Data scientific journal. The British newspaper reported on the slowdown in the pace of vaccination in Britain The Guardian on Friday.

By comparison, 38 per cent of the population in Finland have received two doses of vaccine.

Britannian the rate of vaccination has been the Fastest in Europe, but according to The Guardian, the rate has slowed well over the past three months. Vaccination groups that are hard to reach, who are hesitant to vaccinate, have entered the vaccination shift.

In Britain, a fraction of what is done in many other European countries is vaccinated every day. In France, which is about the same size, more than 368,000 first doses of coronary vaccine and more than 261,000 second doses were recorded on Wednesday.

The corresponding figures for Britain on the same day were about 33,000 for the first dose and more than 165,000 for the second dose.

Vaccination has been low, especially in the 18-29 age group, which has been a matter of concern to the state. About 33 per cent of the age group has not yet taken the first dose of the vaccine, although all people over the age of 18 in the UK have already been offered it.

Britain announced on Wednesday it would begin vaccinating 16- to 17-year-olds before schools begin in September, according to Reuters. The country is starting to vaccinate under-18s more cautiously than many other countries.

France, Spain and Italy, for example, recently reported that as many as 40 percent of 12- to 17-year-olds have received their first dose of the vaccine, according to The Guardian.

European countries started vaccinations at different rates, and differences between countries are only expected to increase. In the EU, an average of 0.56 doses of vaccine per 100 people are given daily to the wound, compared with 0.28 in the UK.

Denmark, France, Belgium and Portugal, among others, are vaccinating faster than the EU average. In Denmark, vaccinations are progressing rapidly. The country has given a daily dose of 0.97 vaccines per 100 people.

Washington… More than 82,000 people have been evacuated from Afghanistan