Coronavirus: Anthony Fauci wants to know what happened to three Chinese scientists infected in Wuhan in 2019 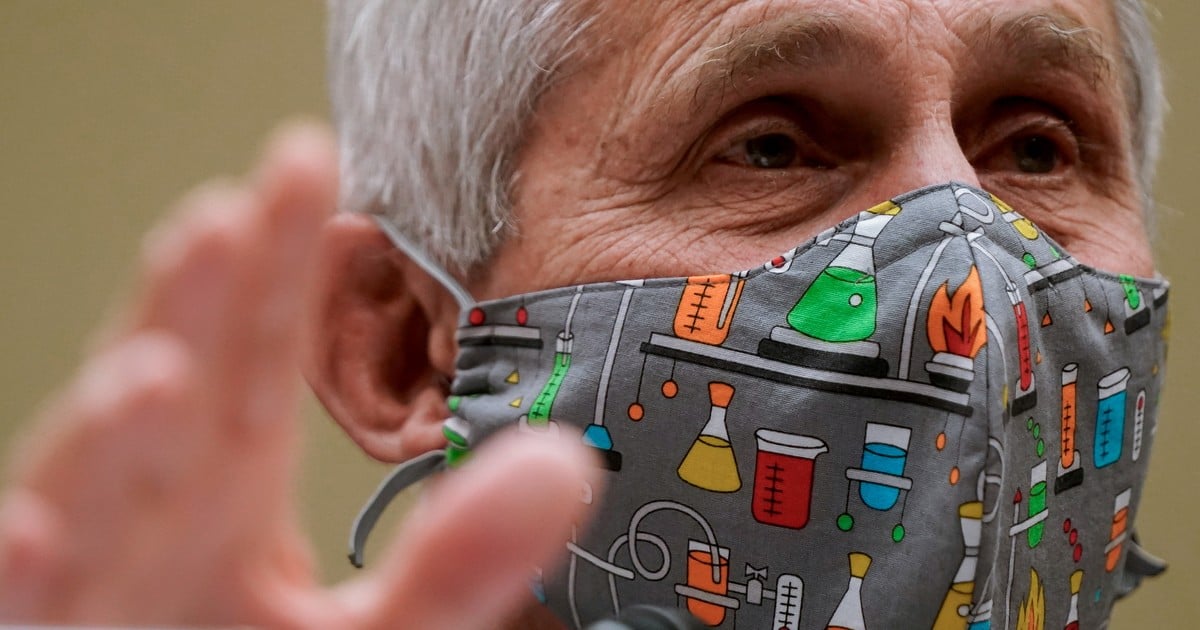 A few days after emails from the leading US infectious disease expert, Dr. Anthony Fauci, came to light, supporting China’s denial that the coronavirus had come out of a laboratory in Wuhan, Fauci himself now asks to Beijing medical records that would prove otherwise.

Dr. Fauci has been the face of the national response to Covid-19 in the United States, generating both praise and criticism.

This Friday, Joe Biden gave his support. “I have a lot of confidence in Dr. Fauci,” he said.

Dr. Fauci has been the face of the national response to Covid-19 in the United States, generating both praise and criticism. Photo: AP

But emails from the expert have raised questions about whether endorsed Chinese denials from the theory that Covid-19 leaked from a laboratory in Wuhan. Something that many now seem to believe more insistently. Biden himself asked US intelligence for a full report within 90 days.

A large amount of Dr. Fauci’s emails covering the start of the coronavirus outbreak were released to the media this week under a freedom of information request.

In one of those emails sent in April, an executive from a health charity thanked Dr. Fauci for publicly stating that scientific evidence does not support the theory of laboratory leaks.

In an interview with CNN, Dr. Fauci said that critics they had taken out of context the email and that he had an “open mind” about the origin of the virus.

Perhaps the controversy that was generated about which side of the counter Fauci is on regarding China’s role in this pandemic, led the expert to ask Beijing for the medical records of nine people whose ailments could provide vital clues on whether COVID-19 first emerged as the result of a laboratory leak, the Financial Times revealed on Thursday.

Fauci said critics had taken the email out of context. Photo: AP

The records in question concern three researchers from the Wuhan Institute of Virology who allegedly fell ill in November 2019, and six miners who fell ill after entering a bat cave in 2012, three of whom lost their lives.

Later, scientists from the institute visited the cave to take samples from bats.

“I would like to see the medical records of the three people who reportedly got sick in 2019. Did they really get sick and, if so, what did they get sick from? “, says Fauci in reference to the scientists.

The origin of the virus remains controversial, and US intelligence agencies are still examining reports that researchers at a Chinese virology laboratory in Wuhan they were seriously ill in 2019, a month before the first COVID-19 cases were reported.

However, Chinese scientists and officials have consistently rejected the laboratory leak hypothesis, saying that the virus could have been circulating in other regions before reaching Wuhan and could even have entered China through shipments of imported frozen foods or wildlife trade.

A spokesman for the Chinese Foreign Ministry, Wang Wenbin, declined to comment directly on whether China would release the records of the nine scientists, but firmly denied that the lab was linked to the coronavirus outbreak.

In a regular briefing on Friday, the spokesperson referred to a March 23 statement from the Wuhan Institute of Virology that said that no staff member was confirmed to have contracted the virus. Wang reiterated the Chinese position that reports of a lab leak are a “conspiracy theory”.

The Financial Times claims that Fauci continues to believe that the virus was first transmitted to humans through animals, noting that even if the lab researchers had covid, they could have contracted the disease through the general population.

Clarín newsroom with information from La Vanguardia and BBC News