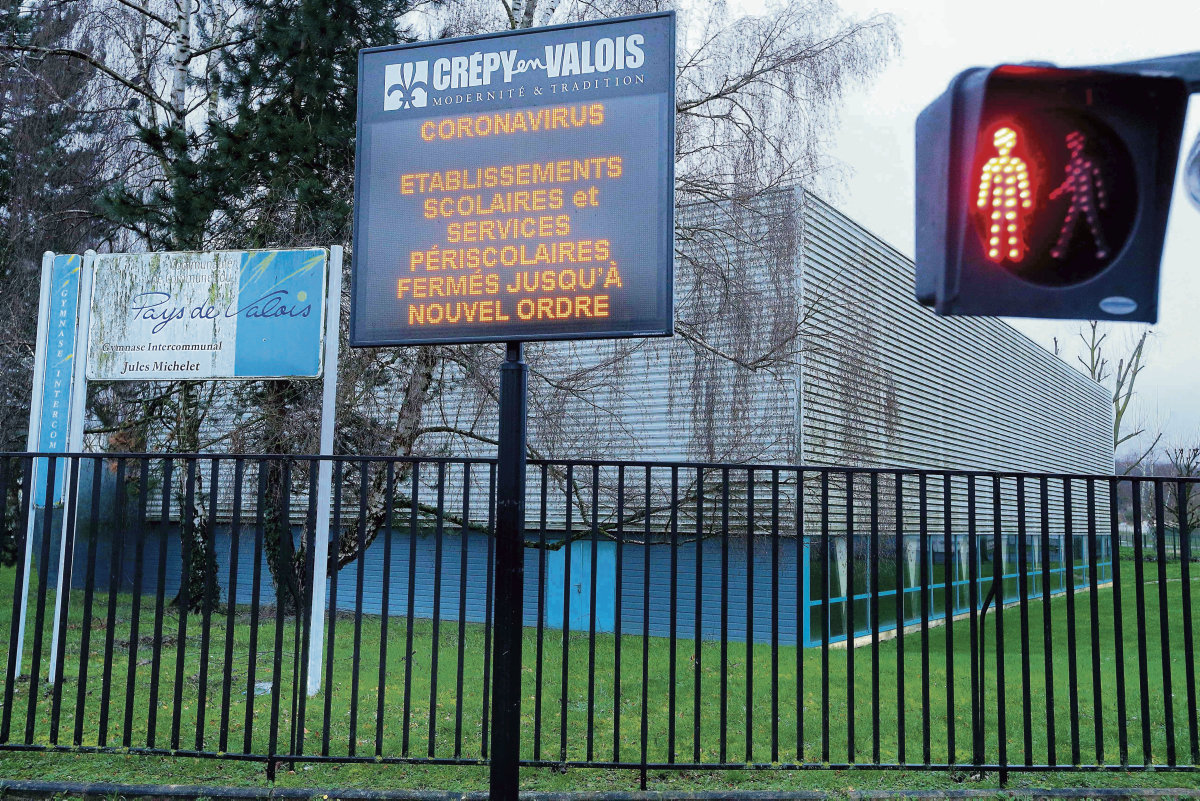 It was exactly one year ago. A time when the current Minister of Health, Agnès Buzyn, evoked “A low risk of introduction in France, but not excluded”. On January 24, 2020, three cases of Covid-19 were detected in the territory. Since then, we know that they were not the first people infected in the country. One of them, a wine advisor who returned from Wuhan, had been admitted the day before at Bordeaux University Hospital, in the department of infectious disease specialist Denis Malvy. From the outset, the professor, now a member of the Scientific Council, spoke of “The very strong hypothesis of an imported case of Covid”. He remembers being labeled “Among the alarmists”. “We thought we were doing too much. I was told: “Wait, you have some imported cases, but the problem is in China, that will never happen” “, he tells AFP today.

It was at this time that we began to hear about Professor Raoult, the promoter of hydroxychloroquine, who explains in all fours that “The virus is not that bad”. But during this time it spreads in silence. On February 7, a first source of contamination appeared in Contamines-Montjoie, in Haute-Savoie. But it was at the end of February, on the 26th, that the situation became more complicated. The death of Dominique V., professor in a college in Crépy-en-Valois (Oise), 60 years old, ten days after the death of an 80-year-old Chinese tourist in Paris, takes the population by surprise. Research does not allow us to trace the trail of “patient zero”, the deceased professor not returning from a risk area, even if, according to the mayor, “Doubts remain about the military base near Creil”.

Consequently, cases are multiplying all over the territory. Many asymptomatic cases are found to spread the virus. It is becoming more and more difficult to trace the chain of contamination. However, the official discourse continues to focus on controlling the epidemic, giving a reassuring picture of the dynamics. The idea that the Covid was just one “Big cold mounted in pin” remains very present. Infectious disease specialist Denis Malvy still hears the “Knowing and semi-knowing speak of“ grippette ”. It was very hurtful for us, who saw patients arriving in intensive care from the outset in very appalling conditions ”.

At the end of January, the WHO points to a “high” threat and declares “the international emergency”.

However, the international health authorities had held a much more alarming speech since the beginning of the year. At the end of January, the WHO points to a threat “High” and declares “The international emergency”. The French are worried: in a poll dated February 27, 53% say they are worried about the spread of the virus and 42% say they are poorly informed.

Officially, everything is under control. Except that, on the ground, the reality is quite different. Dr Vogt, general practitioner in Mulhouse, in the Haut-Rhin, remembers the moment when everything changed, at the beginning of March, ten days after an evangelical gathering which had brought together 2,000 to 3,000 people, at the origin of a huge cluster. At this moment, “We worked without a mask”, points to AFP the 66-year-old doctor, who received “A lot of people coughing”. The prefecture persists in evoking a situation “Stable”. Mulhouse will however become one of the main sources of contamination, pushing the authorities to deploy unprecedented means there: military hospital, evacuations of patients to Switzerland and Germany.

Awareness of the extent of the epidemic crisis in France will become widespread around March 8. As Italian hospitals reach saturation point, French doctors admit to having underestimated the threat, such as Professor Gilles Pialoux, head of the infectious and tropical diseases unit at Tenon hospital in Paris, interviewed by Release: “The coronavirus seems more serious than what we initially thought: 16% of patients need to be hospitalized, 5% must be placed on artificial ventilation and especially on a long-term basis – twenty days on average, that is, is very long. “

It is the start of a race against time between politics and health to avoid the saturation of hospitals. The Agricultural Show lowers the curtain ahead of time, the Paris Half-Marathon is canceled. Schools are closing, but the first round of municipal elections is maintained. The day after a vote marked by a record abstention, Emmanuel Macron spoke again on March 16 and declared, more anxiety-provoking than ever: “We are at war. “ On March 17, at noon, France was confined.

Invited to the France 2 newscast, the prime minister, Édouard Philippe, justifies the late confinement measure by arguing that, in January, “Doctors said it was a little flu.” This is the start of controversy, on the shortage of masks, on the government’s lack of preparation …

We know the rest: empty streets, shortage of toilet paper, resuscitation services on the verge of saturation. Then “Return of happy days”, a few weeks, before the epidemic starts to rise again. This chain of events was unimaginable a year ago. And despite the hope aroused by vaccines, a third confinement now seems inevitable. In the meantime, the government continues its mantra: prepare without worrying, with the opposite result: giving the impression of sailing on sight and, above all, fueling psychosis..

Andorra, a routine refuge for the new rich

Axel Kicillof, on the debate over the suspension of the PASO: ‘It is not a priority issue for me’