Coronavirus: a flight leaves to look for more Sputnik V vaccines and the active principle to produce it in Argentina 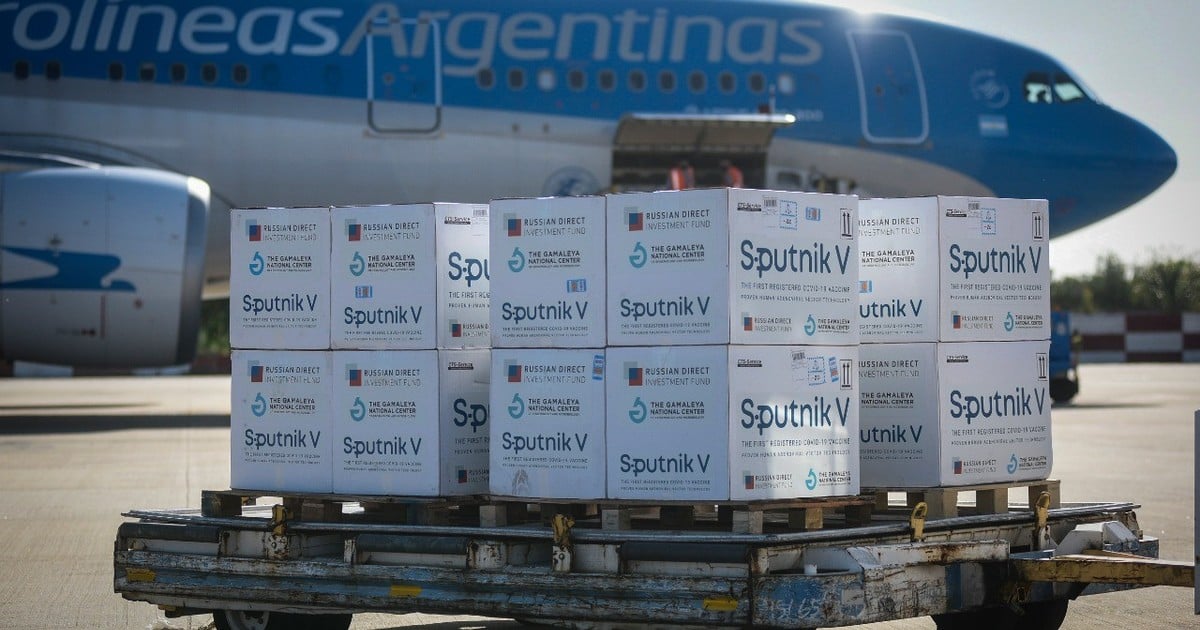 This morning another Aerolineas Argentinas flight will depart for Moscow that will bring doses 1 and 2 of the vaccine Sputnik V against the coronavirus. The novelty is that it will also transfer the first batch of its active principle to start production in the country.

It’s about flight number AR1062 that he plans to leave at 2 a.m. on Monday, and that he expects to land at Sheremetievo International Airport at 00:30 in Moscow.

The return, which will take place under the number AR1063, is scheduled for 4.30 on Tuesday and the arrival at Ezeiza International Airport will be at 4.30 on that same day.

Although in the official statement they did not report the doses that the new flight will bring, in the week the Minister of Health, Carla Vizzotti, spoke of about 400 thousand of component 2 of the Russian vaccine and others 100 thousand of one.

It is the twenty-fourth operation carried out by Airlines in search of immunizations against the coronavirus, and the first that will bring the active principle so that the vaccine developed by the Gamaleya Institute in the Richmond Laboratory of Argentina.

This pharmacist, located in the Buenos Aires district of Pilar, is the one that will carry out the formulation, filtering and packaging in order to strengthen the vaccination plan throughout the country and expand its access in Latin America.

Vaccination against the coronavirus in Argentina. Photo Luciano Thieberger.

Although the arrival of 900 thousand more doses of AstraZeneca, from the joint production of Argentina with Mexico, was confirmed for Monday 7 at 8:50 am, it was reported that this shipment has delays.

“Regarding the arrival of the Astrazeneca vaccine consignment, it was rescheduled by the laboratory for the end of the week as a result of an operational observation,” they reported from the health portfolio.

With the flight from the Russian capital that arrived last Thursday with 818,150 doses of Sputnik V (the largest arrival of this vaccine), Argentina exceeded 18.4 million inoculations received against the coronavirus.

According to the Public Vaccination Monitor, the online registry that shows in real time the immunization operation throughout the Argentine territory, until Sunday morning they were distributed throughout the country 17,670,690 vaccines and those applied total 14,092,493: 11,071,365 people received the first dose and 3,021,128 both.