Corona’s secrets do not end.. Questions without answers so far 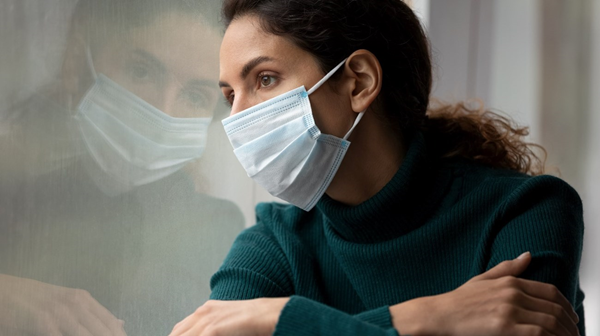 Although more than two years have passed since the emergence of Corona and the achievements made by scientists in producing vaccines and providing treatments, the emerging virus has many secrets and mysteries, which raise questions without answers so far.

The first questions are about how the virus evolved. When the delta variant appeared, it acted as an effective distributor, to the extent that some speculated that the virus was approaching maximum transmissibility. Then omicron appeared, one of the most transmissible mutant we have ever seen, according to Asharq Al-Awsat newspaper.
The Omicron variant was different from the alpha and delta variants that had dominated the world, defying the expectations of experts who thought that any worrisome variant would be a descendant of them. But from somewhere rooted in the evolutionary family tree, the newcomer came quite different.

In this context, Bronwyn McInnes, director of nurse genome monitoring at the Broad Institute in America, said in a report published by the “The State” website on medical news on April 19, that “while we are all watching Omicron and its BA.2 sub-mutant, there could be another development coming.” We don’t know him yet.”

From this question related to how Corona developed, to another question raised by the report, related to “what is the shape of future waves of infection”, what we have seen so far indicates that with people gaining more immunity against the virus, through vaccination or infection or both, we have become less likely to get infected.

See also  Knowledge: Study resumes on Tuesday and international exams are on time

If an injury occurs, it will not be serious or lead to death. This prompted scientists to expect calm waves of the virus, but at the same time they confirmed that it did not turn into an endemic virus like influenza, so that its appearance is seasonal, and that surprises are still in place.

“If you don’t get the virus?”
Other questions that seek an answer are those related to “How worried should you be, if you have not previously contracted the virus?”

How is it transmitted?
As for the fourth question, which Virginia Tech announced last March about an $8 million project to get an accurate answer to it, how exactly does the virus spread from one person to another? Studies have proven that contaminated surfaces are rarely responsible for the transmission of the virus, as it is transmitted mainly through currents from invisible respiratory particles that are emitted by each person during talking, singing, sneezing, coughing and breathing.

See also  A horrific incident in Egypt.. a father shackles his son with chains

The virus can survive in even the smallest particles, called aerosols, which can remain in indoor air for hours and be inhaled into the deepest recesses of an individual’s lungs. But exactly how much COVID-19 in aerosols can cause infection? This question remains unanswered so far.

In a study published in January, Vincent Munster, head of the virus ecology department at the National Institute of Allergy and Infectious Diseases in America, and his research team demonstrated for the first time that the smallest aerosols, those less than 5 microns in size, emitted by hamsters, contained enough virus to infect hamsters. Others at distances of up to 6 feet after just one hour, non-humans are not hamsters, and that question still needs to be answered.

A new generation better than vaccines?
In addition, with the emergence of new variants of the virus, a fifth question arises: Will we get a new, better generation of vaccines? Although there are still reassuring messages about the effectiveness of current vaccines, at least in protecting against severe disease, the reality indicates the need to work on vaccines that would confer much broader immunity against the new strains of Covid-19.

The World Health Organization is tracking more than 150 different vaccines for Covid-19 in various stages of testing, but their path to market may not be quick or easy unless we are convinced of the importance of this trend.

See also  Comment The coronavirus has knocked out hockey three times, and great danger is also hovering over the Beijing Olympics

Causes of the prolonged COVID-19
As for the sixth and final question, it is: What are the causes of what is known as the long Covid-19? Almost everything about the long-standing mystery of Covid symptoms remains a mystery, but scientists have finally come to what might be called “breadcrumbs” on the way to the root cause of these symptoms.

Scientists from many specialties treat a set of symptoms that persist in up to a third of people after infection. Virologists are turning their HIV expertise to this coronavirus, neurologists try to explain the cognitive and physical disturbances they see in rehabilitation clinics, and immunologists explore inflammatory and autoimmune responses.

The scientists also put 3 possibilities that may be responsible for the long Covid-19, and they have not yet decided on the correct possibility to describe what is happening. One of the possibilities is related to what is known as “autoimmunity”, where the body begins to attack itself after infection.

The second possibility is “chronic inflammation”, which means a continuous and superior response to infection, and finally there is a possibility related to “viral persistence”, where the virus, according to this possibility, is still lurking in hidden reservoirs after the body has resisted acute infection.