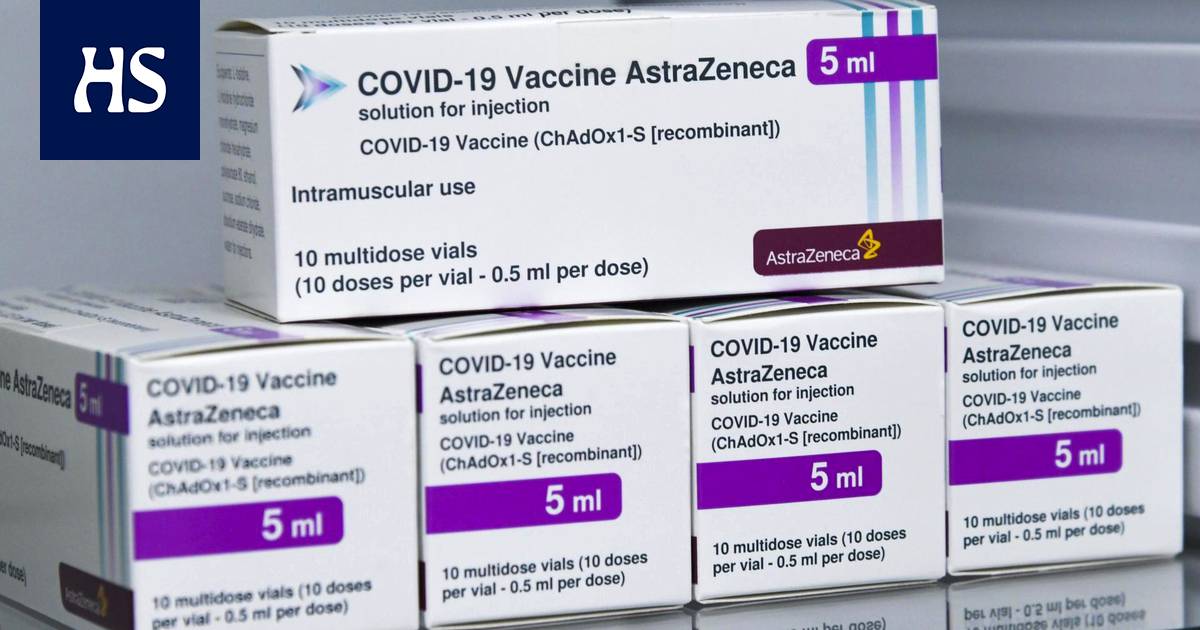 For example, 112,000 doses of Pfizer-Biontech vaccine are coming to Finland next week, but only 13,000 doses of Astra Zeneca.

Health and a specialist in the Department of Welfare Mia Kontion according to which a one-week interruption in the use of Astra Zeneca does not significantly delay the progression of coronavirus vaccinations.

“It doesn’t mean terribly. Of course, all the doses would be important to get given, but at the moment there has been little Astra Zeneca and there will be little next week as well. Even if this lasts for another week, it will not mean much in terms of volumes, ”says Kontio.

On Friday in the afternoon THL said to suspend Use of Astra Zeneca coronavirus vaccine for at least one week. According to THL, the suspension is a precautionary measure and will take effect immediately.

Read more: Finland to suspend vaccinations with Astra Zeneca for at least next week, THL chief physician Nohynek: “I do not see that in the light of current information, the Astra Zeneca vaccine should be abandoned altogether”

The interruption is related to two cases of illness in Finland. In Finland, two cases of cerebral venous thrombosis have been reported, the causal link of which to the Astra Zeneca vaccine THL wants to find out.

In municipalities, the administration of Astra Zeneca vaccines has now been suspended.

Espoo, for example, announced on Friday night that it would cancel the vaccination periods set aside for next week, which was to give Astra Zeneca a vaccine. Other vaccinations in Espoo continue normally. The city of Kuopio announced that only Pfizer-Biontech vaccine will be distributed in corona vaccinations next week. If this is not enough to compensate for the number of vaccinations already allocated, vaccination schedules may have to be canceled.

Although vaccination times now have to be canceled, according to Mia Kontio, the suspension of Astra Zeneca will not greatly affect the overall progress of vaccinations.

Instead, there will be 112,000 doses of Pfizer-Biontech vaccine coming next week and about the same amount the following week.

“Perhaps this is where the Astra Zeneca comes in handy. In any case, its share would be really small, whatever it would be used for, ”says Kontio.

Due to the large supply of Pfizer-Biontech vaccine, Kontio says that people aged 70 and over can be vaccinated on an estimated schedule.

“It is estimated that people over the age of 70 could be vaccinated by mid-April at the latest. Yes it is still true. That doesn’t affect it. ”

To date, a total of 242,000 Astra Zeneca vaccine doses have arrived in Finland.

Account does not begin to assess whether the break in the use of Astra Zeneca can be extended for more than a week. He believes that a lot of information can be found out every week.

He points out that, due to the uncertainties in Astra Zeneca’s vaccine deliveries, the progress of vaccinations has not been heavily relied on by the vaccine manufacturer in question. In the longer term, the discontinuation of Astra Zenecank will have effects.

“Of course, all doses help promote vaccinations, but it doesn’t necessarily have a huge impact. It starts to strain the later schedule as the dose deficit accumulates. But in just a few weeks, it won’t work, ”says Kontio.

Mia According to Kontio, the vaccination schedule can also be tightened at the stage when the Astra Zeneca vaccine can be used again and the vaccine is ready in stock.

Formula 1 | Sebastian Vettel’s opening of the season became even gloomier: he has to leave the last square of the F1 race due to a penalty