Markus Söder wants to redesign his corona policy. The CSU boss even wants to approach some of the critics at the Corona demos, he says in the Merkur interview. But he sticks to the vaccination requirement.

Munich – Bavaria’s Prime Minister Markus Söder (CSU) wants to approach critics of the Corona rules and explain his politics better in the future. “We have to realize that society expects more from us than just issuing new regulations every day,” Söder said Munich Mercury.

“In the future, we will have to justify what we are doing in a more precise and understandable way.” This also means that Söder is willing to relax the rules despite the sharp increase in the number of infections. “So far, experts have been telling us that there are fewer patients in the hospitals and a milder course,” he said. “Omicron is not Delta. That means: We have to adjust exactly which rules are absolutely necessary, but also proportionate.”

See also  The Central Bank of Egypt: The financial system succeeded in containing the repercussions of the Corona pandemic

Bavaria in the Corona crisis: Söder is thinking of quick relaxation – for the Bundesliga and culture

Söder announced that the next prime ministers’ conference on January 24 would be a good time to adjust the rules. Among other things, there should be talks nationwide and with the Bundesliga about letting spectators back into the stadiums.

For Bavaria, he announced that in the medium term every second place at cultural events could be occupied again. The limits for the hotspot rule, which is currently suspended, are to be revised – a lockdown only from an incidence far higher than 1000, combined with a look at the occupancy of the intensive care units. Tenor: If it is not absolutely necessary to close, gastronomy, hotels, sports, culture and further education will remain open. There has recently been sharp criticism of the applicable regulations from culture.

Söder wants to try to get some of the Corona critics: “Listening is the first step to healing”

However, Söder is sticking to a general obligation to vaccinate. “The obligation to vaccinate is not only related to Omikron. We also want to be able to overcome all future mutations – get out of this corona endless loop and finally have more freedom again,” he said Mercury. “We want to live free and carefree from Corona again. Unfortunately, this can only be done via vaccination, and therefore this one obligation is better than hundreds of individual rules and regulations in all areas of life over the long term in the end, compulsory vaccination leads to more peace.”

Söder announced that he would seek dialogue with critics of the measures. “Different groups gather at these demos,” he said in an interview: “The radical right-wing scene – which tries to destabilize our democracy. We must take action against this: hate and hate speech must be combated and a conspiracy channel such as Telegram must also be blocked.” But there is also another group that you have to work harder on, said the CSU boss: “People who are simply unsettled and complained run along We need to talk to them again. Because not everyone who is skeptical is a corona denier, conspiracy theorist or right-wing radical. Listening more is the first step to healing.” (CD) 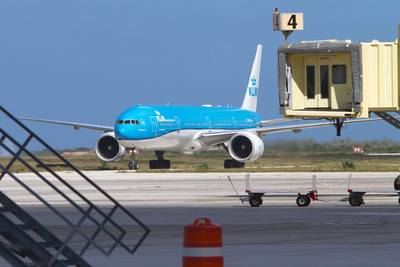 Fifteen years waiting for the train: “We are the collateral damage of a fight between politicians and construction companies”