Corona infiltrated the lions of India 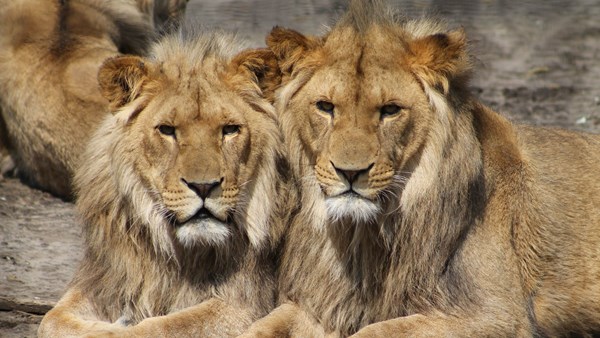 The hypothesis of the transmission of the Corona virus from animals to humans has always puzzled many around the world, and this question returns to the scene, after the Indian government announced that 8 Asian lions had been infected with the mutated virus in a zoo.

The infection of the eight lions opened the discussion about the possibility of transmitting the mutated version of Corona from animals to humans or vice versa, and put health experts again before confusing questions about this virus and its characteristics, and how to confront it.

However, New Delhi, which is facing a fierce battle with the mutated virus, confirmed that although lions are infected with the virus, there are no indications that animals can transmit the infection to humans.

For its part, the Indian Ministry of Environment, Forests and Climate Change said that based on its experience with animals that were confirmed last year with coronavirus disease in zoos in other regions of the world, there are no real indications that animals can transmit the disease to humans.

The park authorities in the southern state of Hyderabad in India also exchanged samples with a government research laboratory on March 24, after symptoms of shortness of breath appeared on those lions, which led to the closure of the park for the time being.

Experts had warned earlier that a new strain of the Corona virus could be transmitted to other animals, such as rats, mice and rodents, with the possibility of it returning in the coming years to humans via animals.

Juventus vs Inter, for Serie A: schedule, TV and formations