Corona in Sarajevo: More daily deaths than during wartime – problems with vaccine procurement 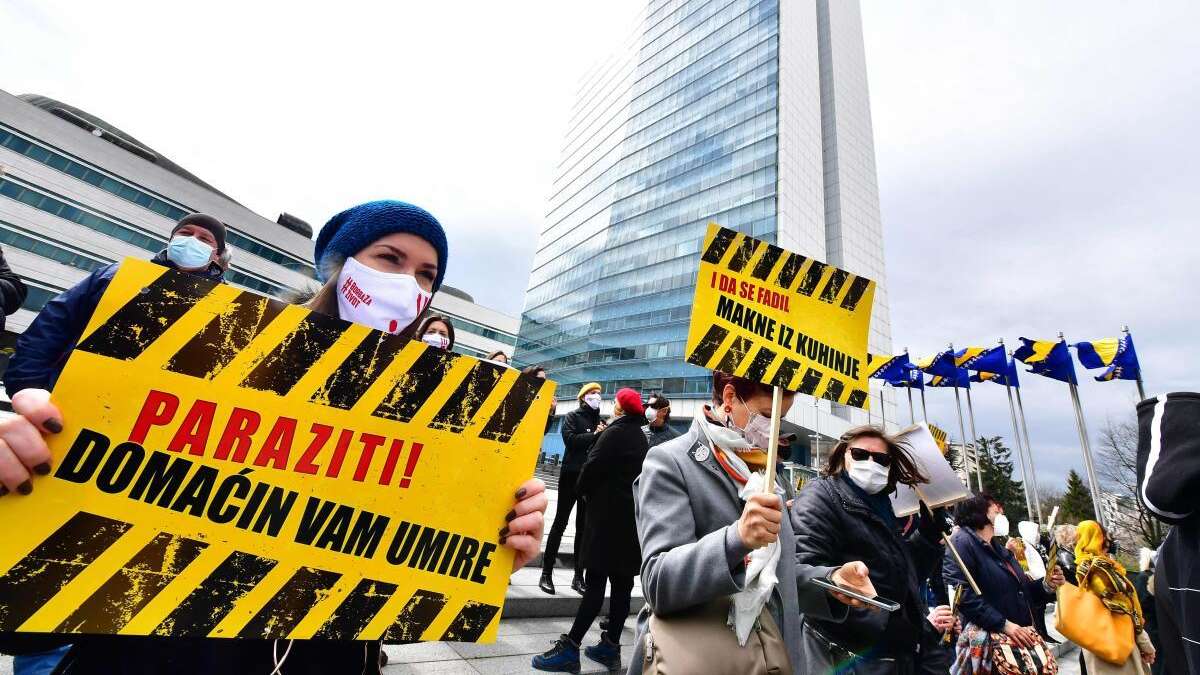 The war in Bosnia cost thousands of people their lives – but the corona pandemic is likely to hit the country just as badly. Around 18 people die every day in the capital Sarajevo.

Sarajevo – Every day people gather in front of the funeral home, which had already reached their capacity limits weeks ago. The capital of Bosnia and Herzegovina is full of obituaries posted on house walls and street signs, reports the world. Every day there are more, the number of coronavirus infections is rising steeply. Yesterday, April 20, Johns Hopkins University reported 722 new corona cases in the country. There is also a lack of corona vaccines.

A few days ago, citizens protested in front of the government and parliament buildings in Sarajevo against the completely inadequate political response to the pandemic. “We are here because we want to ensure that our right to life is respected,” says Miranda Sidran. According to statistics from the city’s health authority, an average of 18.5 people die per day in Sarajevo. During the war there was an average of 3.8 civilian casualties a day. It cannot go on like this, the citizens agree.

The problem for the bad corona management is the country’s decentralized system, which was introduced after the end of the war. The system transfers power to a total of 14 administrative authorities. “A month ago, another thousand people would certainly have taken part in this demonstration, but they have died of Covid-19 since then,” says Sidran. “When you see someone dying, you can’t just stop and think for a long time about whose job it is to take care of the vaccines.”

Corona in Bosnia and Herzegovina: Country wants to buy vaccine, but implementation fails

The Bosnian authorities decided to speak to the manufacturers themselves after delivery delays from the global Covax vaccination program. However, who is responsible for such negotiations in the country is not clearly regulated. Because Bosnia has no state health ministry. This caused confusion among vaccine manufacturers.

Corona vaccine: neighboring Serbia as a positive example for Bosnia and Herzegovina

The neighboring country of Serbia had a better plan for the corona vaccinations. Within a very short time, the state bought vaccines from Biontech / Pfizer, Moderna, Astrazeneca, China’s Sinopharm and the Russian vaccine Sputnik V. Serbian President Aleksandar Vučić even donated vaccines to North Macedonia, Montenegro and Bosnia and Herzegovina.

After Astrazeneca’s vaccine hit negative headlines and Serbs preferred other vaccines, Serbia’s president invited everyone in the region to be vaccinated with one of the 25,000 doses that would expire at the end of March. Several thousand Bosnians also made the journey to the neighboring country. However, this is not a permanent solution, many do not want to be dependent on Vučić’s goodwill. The citizens agree that something has to change in their own country.

Germany is also struggling with the corona pandemic and the high number of infections in the third wave. The current Corona ticker for Germany.

Stock exchanges Some investors have lost money this week as stock prices fall in the US, the reason is not even known on Wall Street