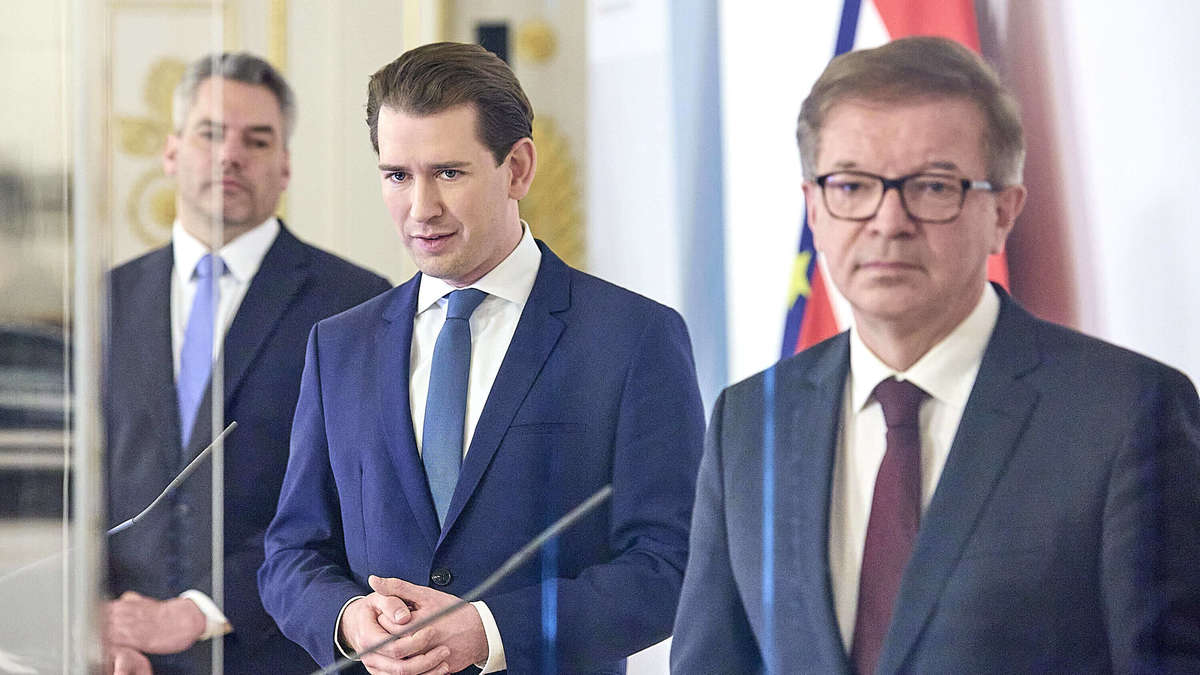 The corona numbers in Austria are increasing slightly. The government around Chancellor Kurz is now planning a zone model to enable gastronomy to be opened.

Update from February 23, 7.55 a.m .: On March 1, the Austrian government around Chancellor Sebastian Kurz (ÖVP) and Health Minister Rudolf Anschober (Greens) will advise on possible further easing. However, further openings will only be possible if the corona numbers in Austria do not continue to increase. Complexity researcher Peter Klimek recently warned of new easing (see update from February 22nd, 12.30 p.m.).

Districts with a 7-day incidence over 200 or over 250 would then have to go into lockdown. Regions with an incidence value below 100 could therefore try further easing – for example opening the daytime catering, at least outdoors. This could be an additional incentive to further increase testing and contact tracking.

Corona in Austria: Numbers are increasing “very quickly” after easing – the expert is now urgently warning

Update from February 22nd, 12.30 p.m .: On Sunday, 1838 new infections were reported in Austria – the highest Sunday value since mid-December. At that time, the Alpine republic was on the verge of a tough lockdown. Complexity researcher Peter Klimek from the Complexity Science Hub Vienna expects a further increase in the numbers in the coming weeks. “In the worst case, it will be necessary to take more stringent countermeasures before Easter,” he explained in the Ö1 morning journal.

The development of the number of cases goes “very quickly”, says Klimek. Relaxation, high test numbers and virus mutations are the three factors that are responsible for the increase. “We have seen in the last few weeks that the pandemic is not under control with this variant,” warned Klimek. The British variant B.1.1.7 in particular is already widespread in eastern Austria. “These cases are currently doubling every two to four weeks,” said the expert.

Klimek does not currently consider it expedient to talk about further openings. “If a third wave were to come, we would not be able to withstand a wave as large as in autumn without it reaching the capacity limits,” explained the complexity researcher with regard to the utilization of the intensive care units.

How much the number of infections will rise is still unclear. “We can only specify bandwidths. If we are at the lower end of the growth rate, then we might be able to muddle through until Easter, ”says Klimek. If you are at the top, you have to counteract it with stricter measures.

Corona in Austria: Anschober expects more than a million vaccine doses in March

Update from February 21, 7:10 p.m.: As in Germany, the focus in Austria is of course on vaccinations against the insidious coronavirus.

According to Minister of Health Rudolf “Rudi” Anschober (The Greens), more than 500,000 people in the Alpine republic have received their first vaccination, 200,000 of whom are fully immunized.

We expect more than a million vaccine doses in March.

“Next week we expect the delivery of more than 180,000 vaccine doses, in March with more than a million,” said Anschober this Sunday. In the second quarter of 2021, the amount of corona vaccine delivered will then triple.

First report from February 21: Vienna / Klagenfurt – That could be expensive: The police in Carinthia broke up a Corona * party and issued 50 reports – against only five men – for alleged violations of the Covid 19 rules.

Spectacular police operation in the coronavirus pandemic * in Austria: In Klagenfurt, five men had celebrated in a company, apparently the owner and probably four customers. On Friday evening, neighbors called the police because of suspected party noises, according to the news portal oe24.at found five drunk in a craft business.

The AHA rules were probably overruled arbitrarily. According to the report, the police had to arrive a second time around 10 p.m. According to the police, the drunks had now behaved aggressively, which is why reinforcements arrived. Only under threat of arrest did the drunk show willing to talk.

The result, according to the daily newspaper AUSTRIA: 21 reports of violations of Covid-19 protective measures, 20 reports of noise pollution, five reports of disorder, two reports of racist comments and one each of decency and aggressive behavior.

This corona party should be remembered by everyone involved. Meanwhile, another federal state, Tyrol, continues to be a restricted area due to the spread of the South African coronavirus variant *.

Track everyone Developments on the corona pandemic in Austria here in the news ticker. (pm) * Merkur.de is part of the Ippen-Digital network.

Real Madrid gets tangled: are the Euroleague quarters at risk?

Snowboarding This is how Rene Rinnekangas lowered his hand taped to a bronze in the X Games slopestyle: “Yes, the burana can be pulled at a pretty good pace here”