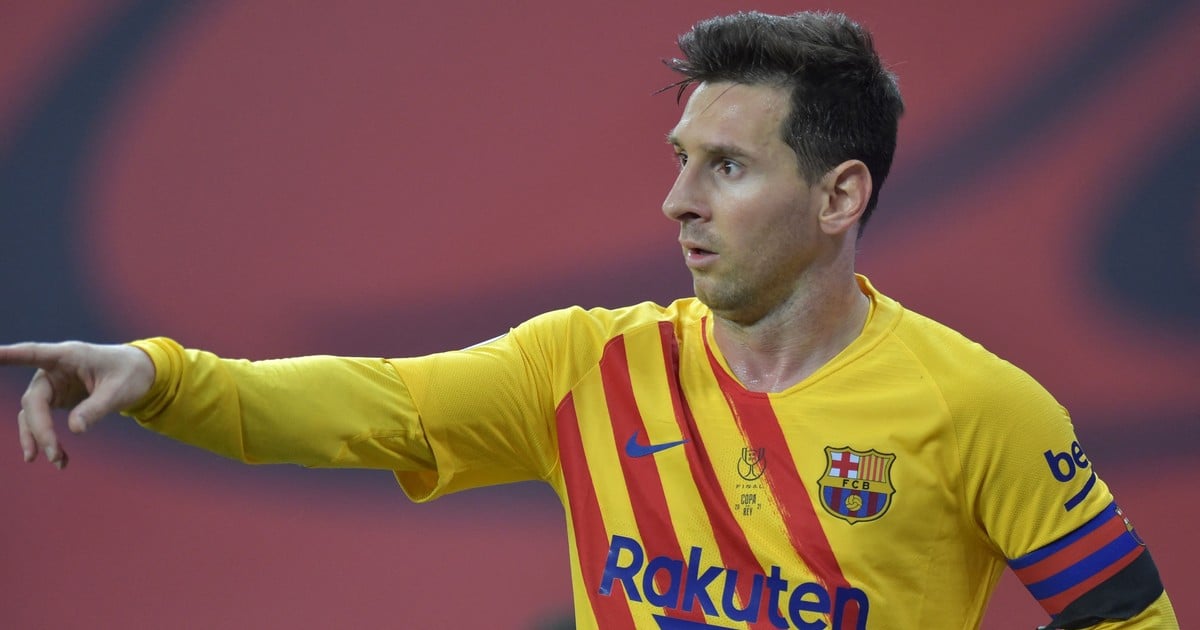 In recent times, they seemed like words that were steadily linked: Barcelona, Messi and champion. Is that the team of the magician Lionel used to lifting trophies for so many years that, suddenly, a negative streak seems something inadmissible.

Eliminated from the Champions League and somewhat far away in the La Liga dispute after his fall to Real Madrid, the Catalans are left as a consolation to lift the Copa del Rey, a coronation not to despise.

To put an end to the bad, you have to resort to anything, in this case a cabal. That seems to have been what motivated Messi to change his look after several years of showing himself with a beard.

Messi in action against Athletic Bilbao in the final of the Copa del Rey. REUTERS / Marcelo Del Pozo

That’s right, after the painful defeat on the ground by Zidane and company, Messi returned to the field but this time showing his face in the “baby face” style.

At 34, a youthful Messi made Barcelona fans remember that Messi from 2015 who was crowned Champions League champion in Berlin with the unforgettable MSN, made up of Leo, Luis Suárez and Neymar.

Beyond what barbers and stylists can do, this Lionel is not the same, and the comparison is even more hateful when talking about his companions. But it is worth appealing to anything in order to break a bad streak and be able to shout champion.

A little history. On April 27, 2019, the Rosario started as a substitute because the series against Liverpool for the semifinals of the Champions League appeared. He entered the second half and 16 minutes later he captured a ball in the rival area, stopped with class, hooked for his left foot and nailed it against the post. It was a 1-0 victory against Levante and Barcelona won the title.

It was the 36th achievement for Leo (34 in Spain and 2 in the National Team), the tenth league that the club had achieved in the last 15 years. And it is now, with the passage of time and with all the dirt that was appearing under the Blaugrana carpet, the last image of champion Messi.

Alcobendas and Burgos will play the final of the Rugby Cup

Edgar: “I really want to erase the recent bad result”