Copa América: Peru gets its first victory against a Colombia with doubts and Venezuela is still alive 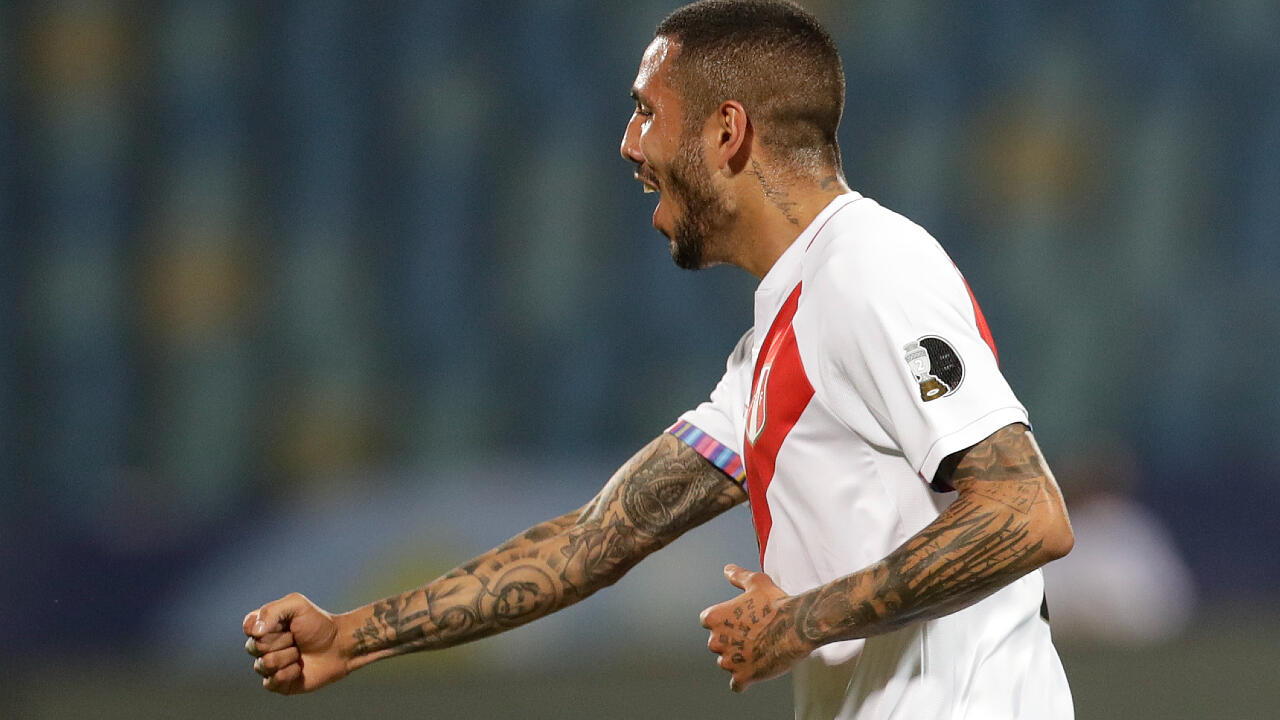 Peru added its first three points in the competition after beating Colombia 2-1. Venezuela rescued a draw by equaling Ecuador 2-2 in the third day of Group B for the Copa América.

Peru achieved its first victory in the tournament against Colombia 2-1, on the third day of Group B. Both teams had come from facing each other in the South American qualifiers for the Qatar 2022 World Cup, in a commitment that ended with a 3-0 win in favor of the tricolor.

Despite the fact that the coffee growers had greater possession of the ball, the Blanquirroja knew how to use the errors in the rival defense. Sergio Peña took advantage of a poorly defended rejection by the Colombian defense to overtake his team in the 17th minute. The 25-year-old is the nephew of Paolo Guerrero, a historic scorer for the Peruvian team and a great absentee from the squad, due to annoyances. on his right knee.

Miguel Borja, one of the protagonists on the Colombian side, tied from the penalty spot in the first minutes of the complement. But an own goal by Yerry Mina in the 64th minute, put the Inca team ahead again.

Yimmi Chará replaced Edwin Cardona, who has the difficult task of being the natural replacement for James Rodríguez. Coach Reinaldo Rueda clung to Chará’s speed, along with the entry of forward Alfredo Morelos, while delaying Juan Guillermo Cuadrado as a winger to increase the pressure in attack. But the movement had no significance, before a forward that has not yet been found.

The runners-up of the Copa América, played in Brazil in 2019, will play their next match against Ecuador; and Colombia will do the same against Brazil, the favorite of the tournament.

Despite having been affected by more than a dozen cases of Covid-19 throughout its squad, the Venezuelan team added its second draw in the tournament in a match in which Ecuador was always ahead on the scoreboard.

Gustavo Alfaro, coach of Ecuador, opted to follow his style with a vertical game moving the ball on the wings; While José Peseiro, from Vinotinto, came out to wait in this group B commitment. Peseiro himself has recognized the difficulties he faces with more than eight infected players and with the recent injury of Yangel Herrera, one of his stars.

The winger Ayrton Preciado opened the scoring in the 39th minute for the Ecuadorians, after an assist from Robert Arboleda. This gave the Tri peace of mind in the face of rest; but a few minutes before the start of additional time, Edson Castillo put the tie for Venezuela. The Caracas player masterfully headed a cross down the right wing by José Andrés Martínez.

The Venezuelan team was going through good minutes, while in Ecuador Gonzalo Plata entered to replace Ángel Mena and just three minutes later, Plata scored to put Ecuador ahead.

La Vinotinto, clinging to the claw that circumstances force her, rescued a point and also thanks to the bench. Peseiro replaced defender Yohan Cumana with Ronald Hernández. The latter culminated a ride through the band and entered only to turn the equality in the discount on its head.

Ecuador scores its first point in the Copa América after its inaugural loss to Colombia. Venezuela adds two points and shows an upward image: it lost against Brazil 3-0 in the debut and drew against the coffee growers in its previous performance.

Ecuador will face Peru on Wednesday on its next date and Venezuela will end its participation in this first phase in a week, also against the Incas, both seeking not to be the only team eliminated from the group.

Although the Red did not play this Sunday, it was one of the protagonists of the Copa América match day. And it is that the Chilean Soccer Team admitted having violated the health protocols established because of Covid-19. The team is concentrated in a hotel for the match against Uruguay for Group A, which will be on Monday, June 21.

In order to carry out the tournament, Conmebol imposed clear rules. One of them was that people who were not authorized could not enter where the players were staying, training or playing. If this happened, the fine can range from $ 15,000 to $ 30,000, as Conmebol considers that this implies a risk of contagion.

Despite that, the Chileans violated the protocols. In a statement, the Federation acknowledged that “the health bubble of the delegation” was breached when a hairdresser entered to cut the footballers Arturo Vidal and Gary Medel.

“Despite having a negative PCR test, he should not have come into contact with the players. Those involved will be financially sanctioned. We regret what caused this situation and we inform that all the members of the delegation had a negative PCR test this Saturday, June 19, “the statement said.

However, the media have spoken that there was also a clandestine party in one of the hotel rooms, where they would have invited women. But of the latter there is no proof and the Federation did not refer to those allegations.