Copa América: Argentina and Colombia had to perspire to reach the semifinals 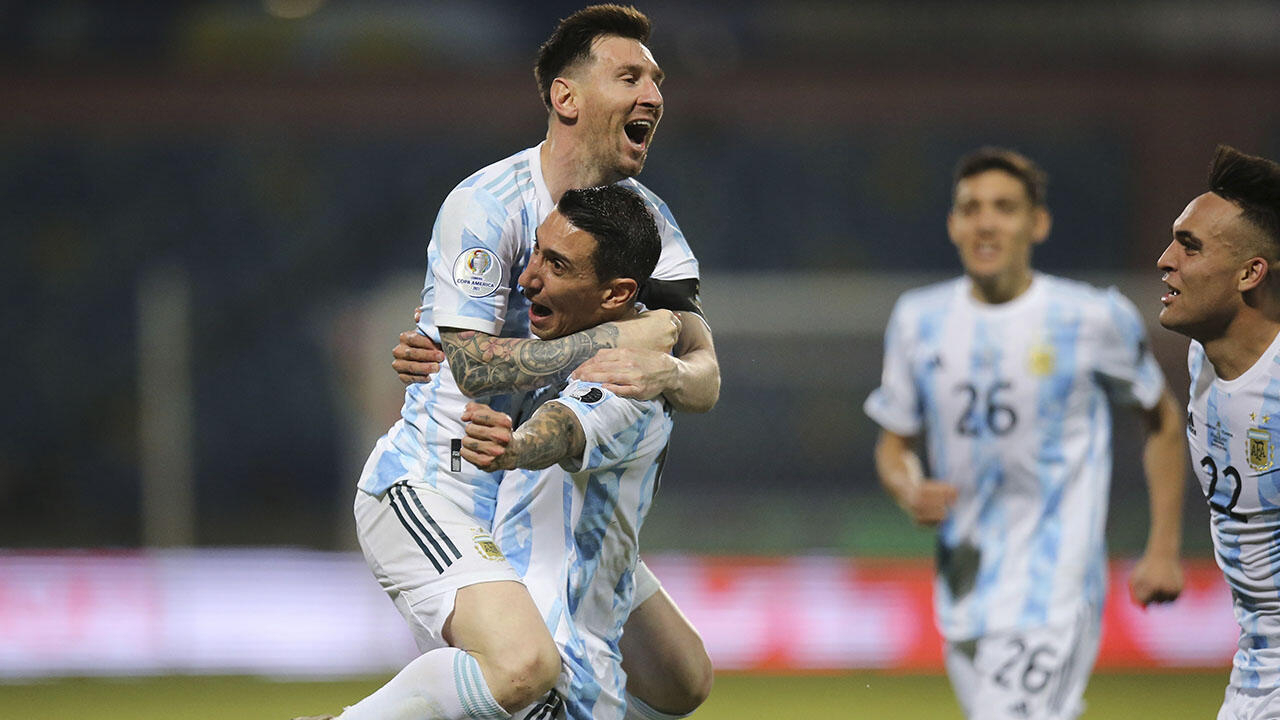 La Albiceleste and Los Cafeteros got into the next instance after tough confrontations against Ecuador and Uruguay, respectively. Commanded by Lionel Messi, Argentina thrashed La Tri in a worked match. Colombia entrusted David Ospina on penalties to eliminate Celeste. Now, both will meet in Brasilia on July 6.

The quarterfinals of the Copa América once again delivered a day full of emotions, although on different levels. The winners of the day are Argentina and Colombia, who navigated tough obstacles to set foot on the semifinals of the continental championship.

In the first place, the Cafeteros took Uruguay out after a soporific 0-0 that saved all the sensitive charges for penalties, where Ospina was a wall and contained two Uruguayan shots.

In the night shift, Argentina was able to prevail in a real battle against Ecuador who ended up beating 3-0 after suffering in parts of the development. With another iconic performance from Lionel Messi, the team continues on the path that haunts the star.

Brasilia will be the headquarters for the crossing between two acquaintances who will define one of the finalists of the contest played on Brazilian soil.

The first game of the quarterfinals took place at the Mané Garrincha stadium, in Brasilia. In the host country’s capital, La Celeste and Los Cafeteros collided in search of a ticket to the semifinals of the tournament. The latter were the ones who obtained the pass to the next phase after drawing 0-0 and winning 4-2 on penalties.

The match, one of the most attractive that -on paper- the competition could offer, was typical of the Copa América: even, with a lot of study, with fear of losing and with more pretensions to nullify the virtues of others than to enhance the belonging.

In the first half, the development was very even. Those led by Oscar Washington Tabárez came out with the intention of waiting in their own field and trying a counterattack. However, they did not have the capacity to exploit the few spaces left by the Colombians, who were the protagonists.

Colombia, who missed the talent of Juan Guillermo Cuadrado, was the owner of the ball, although the jam made by the Charruas neutralized it. Despite having territorial sovereignty, they could not progress and ended up being a harmless tenure.

In the first 45 minutes, scoring opportunities were scarce. Just one run over by Edinson Cavani that culminated in a deflected shot was the closest Uruguay came to scoring. The clearest was the men of Reinaldo Rueda with a hand in hand by Duvan Zapata that Fernando Muslera covered. Luis Muriel captured the rebound, but his definition was wide.

Ospina became a figure in the penalty shootout

The complement had another dynamic from the beginning. Despite the fact that Colombia prowled the goal with a center that Zapata could not connect, the owner was Uruguay. The charrúa made David Ospina work with a past center from Nahitán Nández who was destined for the net and a light shot from Giorgian de Arrascaeta.

As the minutes passed, the domain returned to Colombia. Slowly he was locking Uruguay in his own area, but without plays of net danger. It only had a point-blank header from Zapata that met with a great response from Muslera. The parity could not be broken and they had to decide the semifinalist on penalties after 0-0 in regulation time.

In the shots from the twelve steps, Colombia was more accurate. He had 100% effectiveness in the definitions and Ospina as the hero of the shoot by deflecting the shots of the defenders José María Giménez and Matías Viña. With the hot feet of their players and the firm hands of their goalkeeper, the Colombians were among the best four in the Copa América.

La Albiceleste thrashed La Tri 3-0 in what was a rough confrontation, full of friction and that was assured in the final minutes of the match. Despite what the result marks, they had to work more than necessary to eliminate Gustavo Alfaro’s men.

Lionel Scaloni’s team had to attend the appointment with the burden of being the favorite. Even so, the new generation of Argentina, huddled behind the figure of Lio Messi, gave a show of character and revalidated their status as a candidate for the title.

At the beginning of the meeting they came out with an offensive voracity that was irrepressible for Ecuador. A very clear opportunity from Lautaro Martínez, who left Hernán Galíndez on the road. This resolved, but Pervin Estupiñán cleared it on the line. It was a warning. The Inter attacker had another shot that went close. Then, after a corner, Germán Pezzella took a volley that hit the goalkeeper’s right post.

At 22, Messi took advantage of a blunder by Carlos Gruezo to go hand in hand against Galíndez, but his definition crashed in the post. However, as situations slipped away, Argentina backed down and was overcome by nervousness.

Ecuador had a header from Enner Valencia and a bomb from Gruezo that it demanded from Emiliano Martínez. The Argentine goal came at the most complex moment for the Albiceleste: Messi enabled Nico González, Galíndez went far and cut him off, but the ball returned to Messi, who assisted Rodrigo De Paul to sign it 1-0.

Argentina, on a roller coaster of emotions: from suffering to the explosion at the end

In addition, the development turned favorable for Ecuador that, with sheer push, cornered Albiceleste against Martínez’s goal. In a more fought second half, which had crowds and discussions in which the referee intervened frequently, Scaloni’s men walked along the ledge.

But it was the coach himself who, with his changes, brought the process back to Argentina. The income of Guido Rodríguez and Ángel di María refreshed the midfield and brought it back to the fore. With Messi in front, with the pressure of Lautaro and De Paul to recover quickly and the daring of Di María, the game was settled.

First it was Martínez who, with the assistance of Messi for a recovery in the Ecuadorian start, scored the 2-0 with a superb definition up in the 84th minute. Then at 92 ‘, The flea He put the strawberry on the ball with an excellent free kick that got into the left corner of the La Tri arch, which ended with ten men due to the expulsion of Piero Hincapié.

La Albiceleste won the award. In the first half he worked for it and he deserved it; in the second he fought it and suffered to secure it in the final stretch against a complex adversary such as Ecuador. Messi’s obsession, who is now one goal away from Pelé as the top scorer for South American teams, remains latent.