Copa América: Argentina and Chile consolidate their first victories and lead Group A 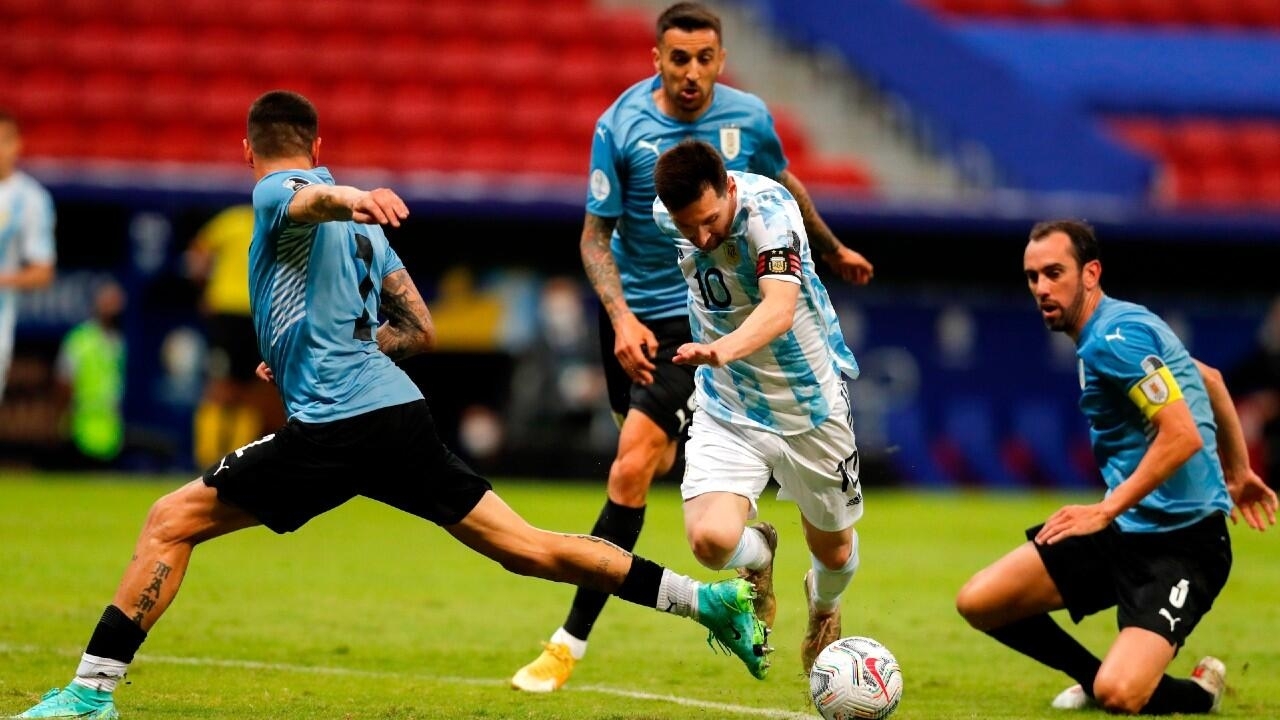 Argentina ruined Uruguay’s debut in the cup after winning 1-0 in the so-called Río de la Plata classic, while Chile won by the slightest difference over a Bolivian team that fought until the end. With these results, ‘la Albiceleste’ and ‘la Roja’ are positioned as leaders of Group A.

Guido Rodríguez, headed, was in charge of scoring the only goal for the Argentine team in the 13th minute, after a great assist from Lionel Messi.

The Real Betis player was a novelty in coach Lionel Scaloni’s starting lineup, knowing how to perfectly replace Leandro Paredes, who was unable to participate due to rib discomfort.

Once again, the Barcelona star was the most outstanding of his team. This time he shone at the Mané Garrincha stadium in Brasilia. He generated dangerous chances in the rival area, dribbled and assisted. Unlike Lautaro Martínez, who disappointed and was replaced in the 53rd minute by forward Joaquín Correa after a poor performance.

Something similar happened with the great “charrúa” referents, Luis Suárez and Edinson Cavani, who did not weigh in in the game. But the other Uruguayans did not stand out either, except for Lucas Torreira, who was one of the best among those led by ‘Maestro’ Óscar Washington Tabárez.

With the victory, Argentina is accommodated as provisional leader of Group A together with Chile, both with 4 points. Paraguay appears as escort with 3 units, although with one game less. Without adding there are Uruguay (with only one game played) and Bolivia (with two games played).

The sensation Ben Brereton seals the victory of Chile against Bolivia

Chile signed its first triumph in the Copa América against Bolivia 1-0 on the second round of Group A. While the Chileans add 4 points so far in the competition and approach the quarterfinals, the Bolivians lose their second I find and come closer to the exit door. However, it would be unfair to say that they performed poorly.

In the match that took place at the Arena Pantanal stadium in the city of Cuiabá, the only goal came in the 10th minute and was scored by Anglo-Chilean Benjamin Brereton, who defined with authority by placing the ball on the left post, after an assist from Eduardo Vargas. The Blackburn Rovers striker – born in the English city of Stoke-on-Trent, but of Chilean mother – was moved to tears by his first score for ‘La Roja’ in his second game with the national team (the first as a starter) .

But the difference in the score in the initial part of the match could have been greater, if it had not been for the brilliant performance of the Bolivian goalkeeper Carlos Lampe, who was one of the figures when clearing more than five shots from his goal. Those led by Martín Lasarte were very aggressive in the initial stage and generated many dangerous opportunities in the rival area.

In the complement, Chile lowered the intensity and his game blurred. This was taken advantage of by ‘La Verde’, who expanded to give Claudio Bravo more work. However, those led by César Farías could not score and were left with the disappointment of defeat.

Even so, the final image of the team – affected by several cases of Covid-19, including its captain Marcelo Moreno Martins, who also received a suspension date after criticizing Conmebol on his social networks – made Lampe proud. “This is the Bolivia we want, that is not afraid to play ball, that there are pass options, that when we decide to press up, we will do so,” he said after the final whistle.