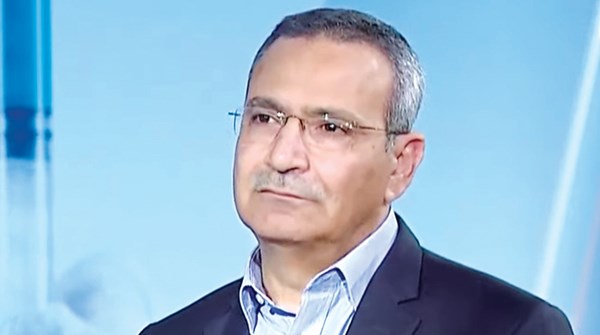 The 100 Million Meals Campaign, the largest in the region to feed food during Ramadan in 20 countries, is cooperating with the United Nations World Food Program to deliver essential food aid to Palestine and refugee camps in Jordan and Bangladesh throughout the campaign period, which continues during Ramadan.
Coordination between the two sides contributes to achieving the goals of the 100 Million Meals Campaign to support the needy in lower-income communities and provide food aid directly to them, especially in light of the crises globally linked to hunger and malnutrition, which are rising dangerously, amid the devastating impact of climate change, and in light of the economic repercussions resulting from The “Covid-19” epidemic.
In turn, as a strategic partner, the World Food Program will provide aid as part of the 100 million meals campaign to nearly 200,000 beneficiaries in Palestine and in refugee camps in Jordan and Bangladesh through cash transfers and vouchers, for a period of between one and two months.
In light of the current circumstances and challenges, the use of cash vouchers with a biometric identification feature has proven to achieve a higher level of food security among targeted individuals and families, by helping beneficiaries to access a varied and nutritious diet, giving them the opportunity to choose priority needs, and provide benefits to Both buyer and seller by injecting capital into local markets and economies.
This year’s campaign launched by His Highness Sheikh Mohammed bin Rashid Al Maktoum, Vice President and Prime Minister of the UAE and Ruler of Dubai, has expanded tenfold compared to the “10 million meals campaign” that was successfully implemented last year and provided food support to those affected by the “Covid-19” pandemic. And its health and economic implications.
Feeding food and providing food support to individuals and families most affected in fragile and lower-income societies is a central issue that the UAE carries out at the international level, while Mohammed bin Rashid Al Maktoum’s global initiatives with its partners in the ‘100 Million Meals’ campaign contribute to strengthening global humanitarian efforts to deal with With this urgent issue.

Role model
“This initiative comes at a time when the world is in dire need for it. Hunger numbers are rising significantly around the world due to armed conflicts and climate crises,” said Abdul Majeed Yahya, director of the United Nations World Food Program’s office in the United Arab Emirates and the program’s representative to the Gulf Cooperation Council. And the repercussions of the “Covid-19” pandemic. Today, more than 270 million people face life-threatening levels of acute hunger. We are looking at an escalating disaster before our eyes, and we must take the initiative to confront it.
He added, “Once again, the exceptional leadership and generous initiative of His Highness Sheikh Mohammed bin Rashid Al Maktoum is a model for the world to follow. We are honored to cooperate with the global initiatives of Mohammed bin Rashid Al Maktoum in this valuable campaign, and we are confident that the people of the Emirates will hurry to extend a helping hand to the hungry during the holy month of Ramadan.

A dynamic partnership
The partnership with the United Nations World Food Program is necessary to ensure that the “100 million meals campaign” reaches the widest possible segment and makes a tangible positive difference in the lives of the beneficiaries of the campaign throughout its continuous period until the end of Ramadan.
The “100 Million Meals” campaign will also benefit from the expertise of the World Food Program, its field operations and the scope of its work at the international level to enhance the momentum of the campaign, which also expands its international cooperation to include the “regional network of food banks” and many stakeholders and humanitarian and charitable organizations in the twenty countries covered by the campaign.

Russia begins withdrawal of troops and equipment deployed in Crimea

The pizzerias, in crisis due to the restrictions: the premises of La Americana on Corrientes avenue closed