Convulsion in Europe with Messi 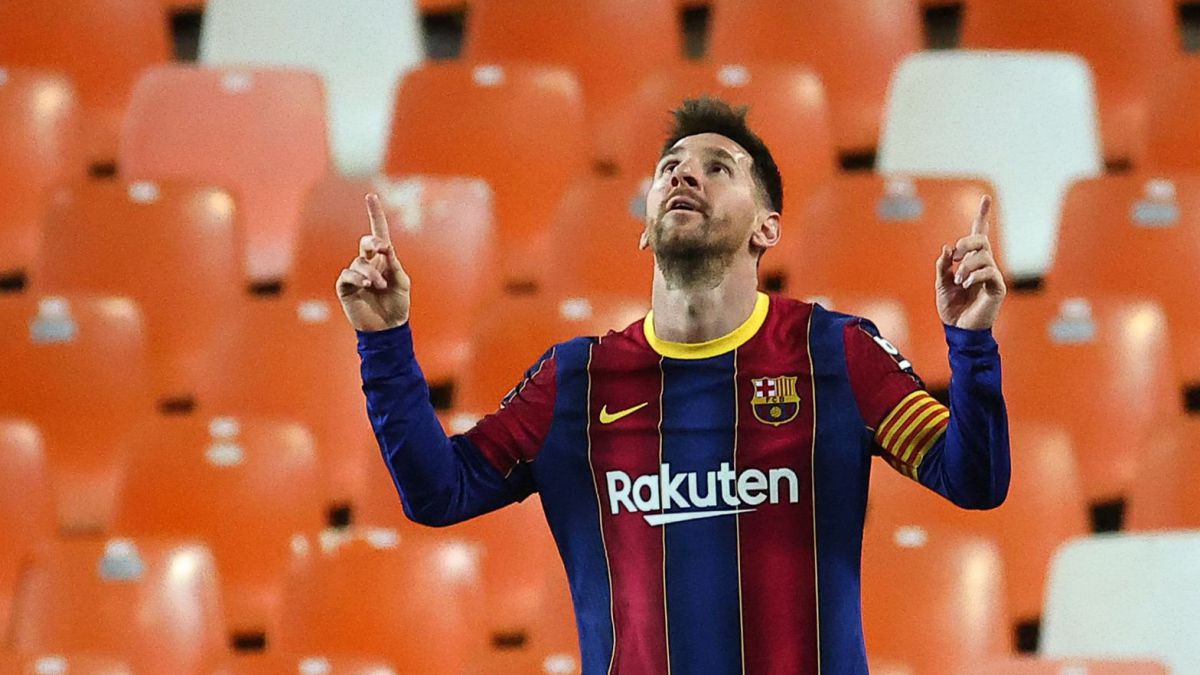 As expected, Barça’s announcement that Messi is leaving did not go unnoticed in Europe. The most important countries of the Old Continent immediately echoed the events. Nobody imagined that this could happen, hence the perplexity in each and every corner of Europe and the world.

The newspaper L’Equipe opened its digital version announcing that the Argentine star has not reached an agreement with the Catalan team to remain linked to the Blaugrana entity.

As AS reported in July, PSG sent Messi’s father an offer during the Copa América dispute. The Parisian team was waiting for the Rosario to resolve his future with Barcelona and now he could take action after the surprising news of his departure from the Camp Nou.

The possible departure of Leo Messi at Barcelona has made world football tremble. Ignorance about his future and his situation as a free agent in the market has triggered the alarms of many European clubs who now see a possibility of being able to convince the Argentine star.

Some glances point to Manchester City, which was already linked to Messi just a year ago, when he sent a fax to the Blaugrana club explaining that he did not want to renew a contract that he finally signed. Pep Guardiola’s team has already made their plans during this transfer market. The imminent signing of Grealish, for more than 100 million, is added the interest in taking over Harry Kane, which will also exceed 100 million, although the final negotiation with Tottenham is missing. However, Manchester City is not expected to move to try to convince Messi. There were contacts a year ago, but there have not been now.

The rest of the Premier League teams have not been linked to Messi at any time. While Manchester United has already spent more than 100 million to sign Sancho and Varane, for example, Chelsea intends to do the same by convincing Lukaku for a similar amount. England has the money to attract Messi and his succulent contract, but the clubs have made their plans during the summer and the Argentine’s situation was not in the forecast.

The announced separation between Barcelona and Messi fell like lightning from heaven also in Italy, where the chronicles of the day focused on the imminent sale of Lukaku, the retirement of Valentino Rossi and the azzurre medals rain in Tokyo. In addition to the news itself, the statement was also very surprising: many cannot explain how Barcelona can let go of the best player in its history due to “structural obstacles” and with that brief message “wishing him the best.”

The news opened all the sports newspapers. The ‘Corriere dello Sport’ spoke of an “incredible” novelty with an “unexpected twist” when until a few hours ago “the agreement to renew seemed imminent.” ‘La Gazzetta dello Sport ‘reacted in a similar way: “What is happening in Spain is absurd, the renovation was closed and an earthquake arrived.”

‘Tuttosport’, meanwhile, published the question that runs like wildfire on the networks: “What will be Leo’s next team?” For the Italians it is a question of vital importance, because the answer could definitely change the future of Cristiano. The Portuguese is still waiting to leave Juventus, but that project, with Messi free, is even more complicated. PSG is right now the strongest candidate to take over the Argentine’s services, and with his arrival the sale of Mbappé to Madrid would be much less painful for the French. A turn that would be left out of CR7, which, after Madrid’s ‘no’, was waiting for a fair call from the Parisians.

How could it be otherwise, the news about Messi’s possible goodbye had a great impact on the German media. Despite the tragic death of the son of German legend Michael Ballack in a quad accident, the great newspapers of the Federal Republic, including Bild and TZ, opened their websites with what is one of the summer bombings.

These newspapers agree that a future in the Bundesliga is not an option either for Messi or for German clubs due to what such a transfer would mean in economic terms. Bayern Munich, The only club capable of facing such an operation due to its financial power, it has already made it clear in the past that it would not try to go after the Argentine star as it would blow up the salary structure of its squad.

For the same reason, David Alaba, who asked for an excessive salary increase to renew, the ended up going free to Real Madrid in this same market. Signing Messi would amount to madness in every way and Bayern is still unwilling to commit them

Disney responds to Johansson: “Lawsuit is a public relations campaign”