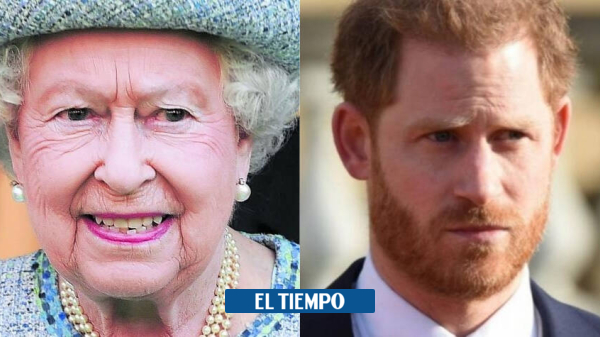 A few days ago it was announced that Prince Harry and his wife, Meghan Markle, visited Queen Elizabeth II at Windsor Castle, after two years away from royalty. Although their meeting could be seen as a way of putting the problems of the past behind them, for some members of the British press this is not the case.

In an interview with the ‘Today’ program of ‘NBC’, the Duke of Sussex briefly referred to the meeting he had with his grandmother, stating that it was “very nice” to see her again.

“Being with her was great, it was very nice to see her, she is in very good shape. She has always had a great sense of humor and I just make sure that she is protected and that she has the right people around her. Meghan and I both had tea with her, so it was really nice to catch up.”commented.

But what caused a stir among journalists specializing in British royalty were his words about the Queen’s protection and environment, as many claim that They were offensive to Prince Charles, Harry’s father, and Prince William, his brother.

See also  Why has Russia failed to control the skies over Ukraine?

(We recommend: Will ‘The Crown’ have a prequel? Rumors of a new series sound)

“Prince Harry says he is making sure the queen is ‘protected and has the right people around her.’ How is that? I think Prince Charles, his brothers and William are doing exactly that – supporting the queen.” queen, with actions, and not just with words,” tweeted correspondent Robert Jobson.

NEW: Prince Harry says he’s ensuring The Queen is “protected” and has the “right people around her” in an interview with @TODAYshow.

The Duke of Sussex also suggests California is “for the time being” more of a home than the UK.

Similarly, according to the entertainment medium ‘Vanitatis’, Angela Levin, writer of the book ‘Harry: conversations with the prince’, stated that “Harry’s comment on American television about him verifying that the queen is protected is a great insult to Prince Charles and William.”

Levin also said that the Duke of Sussex does not deserve to attend Elizabeth II’s Platinum Jubilee, which will take place in June and celebrate the 70 years of the monarch on the throne.

For his part, the former Conservative British MP, David Mellor, commented to ‘GB News’ the following: “The news came that Harry said his grandmother needed protection and I fell. This was a real comic twist. The highest paid comedian couldn’t be funnier than that.”

He added: “What is that man thinking? (…) His life is totally distorted by becoming a Kardashian type figure, where he is surrounded by people who want to photograph him because they are paying him a lot of money for the privilege of filming him. And the queen becomes important to him only because he has to watch her for her credibility on Netflix.”

Given these criticisms, Prince Harry has not spoken. It should be noted that his visit was on the way to The Hague, where he attended the Invictus Games, organized by the Duke of Sussex for wounded or disabled soldiers.

It was also a few days after her grandmother’s birthday, because this April 21 the Queen turned 96 years old.

Will Intel ARC A310 Challenge AMD RX 6400? A clash between entry-levels is foreshadowed