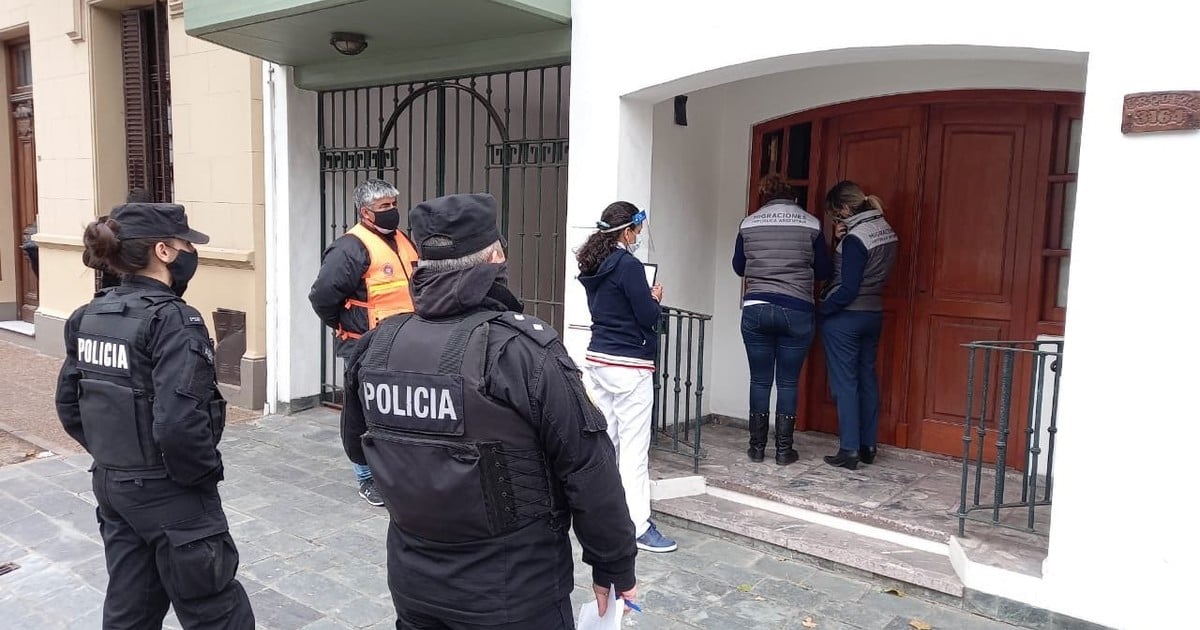 As the Migration personnel controls As for Argentine citizens who return from abroad, with house-to-house visits, questions are growing from those who feel that they are being “requisitioned” and from the constitutionalists who assign a “repressive” character to this official action.

It is that agents of the Migration Directorate began to ring the bell at people’s homes, without having a meeting with the neighbors scheduled, and then they denounce before the Justice those who do not comply with the mandatory quarantine.

“Three boys wearing jeans came to our department, with immigration credentials and jackets, to ask us when we had arrived, how we were, who lived there and they asked us for much more information, because last week we arrived from the United States,” said a person who asked not to be identified Clarion. And he added: “But they could have called us, instead of coming directly to our house without warning, because really we were scared, we thought they could be thieves “.

With a highly visible operation, Migrations controls that people from abroad do the mandatory quarantine at their home. Photo Migrations

.At these controls, Migration personnel usually appear in cars and with clearly visible vests, just like police officers looking for criminals in a raid.

Constitutionalists explained that current regulations only enable the control of foreigners by Migrations, but in no aspect is it authorized for its agents to visit the homes of Argentine citizens, without a court order.

“The visits they make to the homes it is part of a repressive policy, which is not related to the prevention of coronavirus infections, “said constitutionalist Daniel Sabsay to Clarion. And he affirmed that, in addition, those controls do not apply to officials who return from a trip abroad, who are not even required to comply with a quarantine to avoid contagion.

An immigration agent rings the bell at the home of an Argentine who arrived from abroad. Photo Migrations

On the contrary, the Government not only ensures that home control over those who return from a foreign trip is legal, but also they advertise it with photos and videos, to achieve a greater impact on society.

The Director of Migrations, Florencia Carignano, was present at several of these controls and raised from her social networks that this week they carried out operating in 87 locations from different provinces “to verify that people entering the country are fulfilling mandatory isolation.” And he published photos and videos of those operations.

In some places, immigration agents carry out checks with police forces or local authorities, but in others, this is not the case, such as in the City of Buenos Aires.

Together with the Government of the Province of Buenos Aires, we carry out operations in different municipalities of the province to verify that the people who enter the country are at the declared address complying with the corresponding preventive isolation. #ArgentinaTeCuida pic.twitter.com/ZxQCZ1dzZ9

The Buenos Aires government’s health protocol for those who return from abroad establishes that those who have a negative test result in Ezeiza must do a seven-day quarantine at their homes, at the end of which they must take another test.

During those days, a team from the Health areas and the Buenos Aires communes did the health monitoring, with a daily telephone contact to see the fulfillment of the isolation and the evolution of the state of health.

But nowhere in that porteño protocol the domiciliary intervention of the Directorate of Migrations of the national Government is mentioned.

“It seems important to us that people comply with the mandatory quarantine. But we prefer to do an epidemiological follow-up with phone calls or WhatsApp messages, appealing to individual responsibility,” a source from the Buenos Aires government told Clarion.

Florencia Carignano, Director of Migration, participated in various quarantine compliance control operations. They go to the homes of those who come from abroad.

And he added: “It is very rare for Migrations to make these home visits, with a pseudo-police action that generates adverse effects in the population “.

Constitutionalist Félix Lonigro pointed out to Clarion that “there is an escape from competition”, since the Migration Directorate would have to “aim to control the entry, stay and exit of foreigners, not Argentines. But if they want to do the control, to request documentation they should have a court order. Migrations cannot request documentation by itself, Unless you have a security force by your side. And it cannot make the complaints either, since Migrations does not have that power either, because it does not have active legitimacy. ”