Controls to travelers: the City does not copy the strategy of Kicillof and the porteños will not have to isolate themselves in hotels 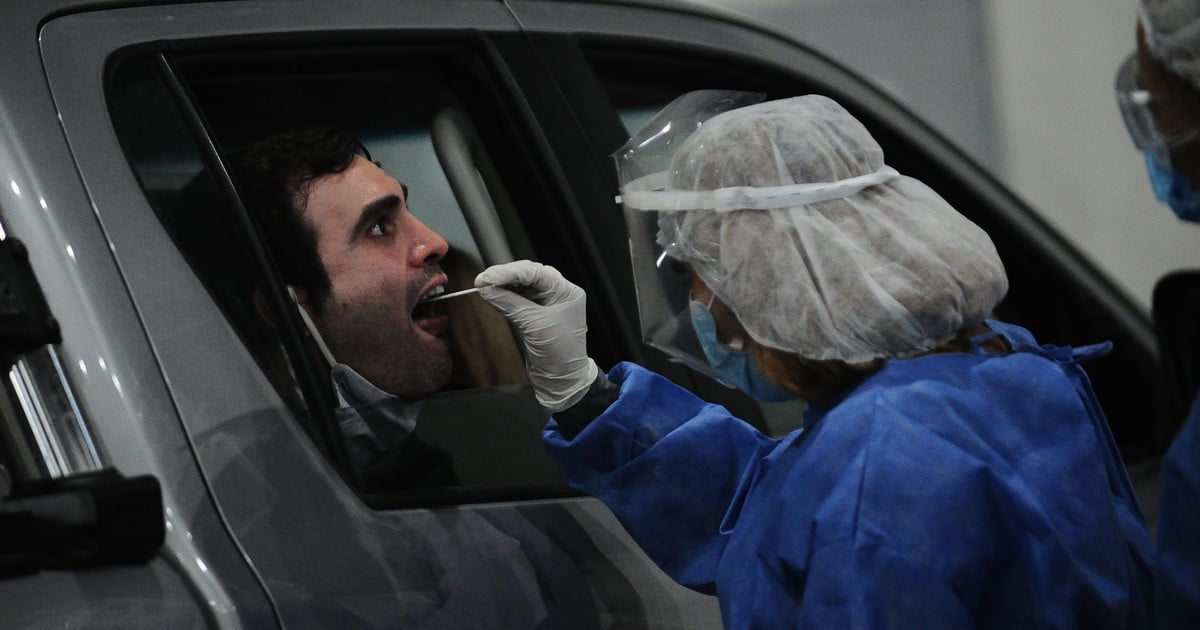 For now, the Buenos Aires government will not modify the strategy to control the Buenos Aires residents returning from abroad. In other words, those who return from a trip must do so with a negative PCR test carried out three days before traveling, go through the test in Ezeiza and, if they test negative, comply with a seven-day isolation at their homes. After this period, another test must be done.

Sources from the City Government confirmed that at least for the next few days the control methodology implemented so far will not change. And at the same time they affirm that Yes, isolation will be maintained for those who test positive, who must stay for ten days in a hotel in case of mild illness.

“If the City does not implement the hotels, it must inform how you will adjust the controls since non-compliance in the district is 40 percent and the telephone control does not seem to be the solution “, declared this Thursday the head of Migrations, Florence Carignano, in a clear demand for the Capital to adopt the same strategy as the Province, where Governor Axel Kicillof ordered that he decreed that as of this Thursday, Buenos Aires citizens who travel abroad must sign an affidavit in which they commit to isolate yourself for four days in a hotel and three days at their homes.

“If the City implemented hotels like the province of Buenos Aires, as between the two they concentrate the largest number of people who travel abroad, this it will allow us to solve the quarantine control and increase flight frequencies, ”said Carignano, who conditioned loosening the restrictions on a change in the City’s strategy.

Residents of the City returning from abroad must isolate themselves at home and be tested on the seventh day. Photo: Juano Tesone

The control measures for returning travelers were agreed two weeks ago at the meeting of the Federal Health Council (Cofesa). Faced with the threat of the spread of Delta strain, which circulates in countries of the northern hemisphere, the Ministry of Health of the Nation requested that the jurisdictions present a control plan for residents who enter from abroad. This week, given the restriction of 600 daily income, the Province announced the mandatory nature of isolation in hotels and the City maintained its telephone control strategy.

According to the affidavits signed by passengers, 45 percent of those who return reside in the province of Buenos Aires while 32% belongs to the City. And a migration report revealed that 38% did not comply with isolation.

Although in the afternoon Horacio Rodríguez Larreta and his chief of staff, Felipe Miguel, had a meeting with the Minister of the Interior, Eduardo de Pedro, at the Casa Rosada, official sources confirmed to Clarion that were approached Other themes that involve joint efforts by the National Executive and the City, such as the removal of the Devoto prison and the transfer of buildings to cover the costs of the construction of the Paseo del Bajo. Therefore, at least until this Thursday night, the change in strategy was still not a possibility for the Capital.

In this way, the steps to follow for those who give negative they are the same that apply until now. That is, they must isolate themselves in their homes, unless they do not have the necessary conditions to do so.

The first thing is to do the rigorous testing in Ezeiza. Then, the person receives a text message in which they explain that they must comply with isolation and be tested on the seventh day. An explanatory email is also sent from return@buenosaires.gob.ar and an access to remove turn to swab.

From Day 2 a telephone follow-up begins and, if people could not be reached, they receive an email. This Wednesday, Clarion revealed that there were porteños stranded in the United States who received calls for control.

After three days with no answers A visit is made by a team from the Buenos Aires government, which confirms that the protocol is being complied with. The same team also randomly goes through the homes of those who could be contacted. On the 7th, travelers must go to be tested.

Those who do not comply with the measure may receive penalties of between 15 days and 2 years in prison, stipulated for those who violate “measures adopted by the competent authorities to prevent the introduction or spread of an epidemic.”