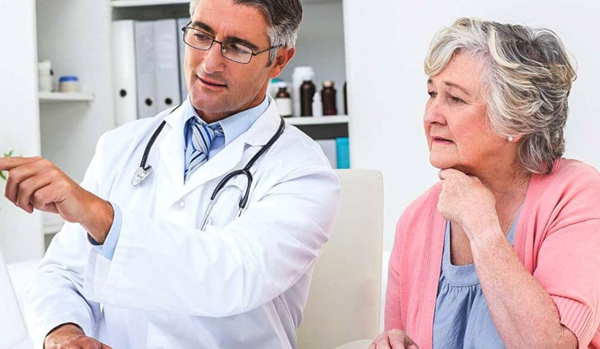 The use of a continuous injection device to combat the symptoms of Parkinson’s disease, similar to insulin pumps for diabetics, has been shown to be a treatment that can achieve encouraging long-term results in some people whose disease has reached advanced stages, according to a French study.
One of the authors of the study, published Friday in the journal “NPG Parkinson’s Diseases”, neurologist Emmanuel Flaman-Rose, explained that “the quality of life is stabilizing and the motor fluctuations (ie alternating improvement and return of symptoms) improve after two years” in the patients concerned.
But he explained that this does not apply to all Parkinson’s patients.
And he said, “Two cases result from the development of the disease, in one of which its signs, such as tremor, stiffness and slowness, do not return to the treatments” with swallowable tablets.
In the other case, “the treatments remain effective, but there are big differences during the day: when people take their pills they get better, then after the pill wears off, they get worse, and so on. For these patients, continuing treatments are a good option,” the specialist explains. .
A device called apomorphine pump is used for this purpose, which the patient carries around the clock or during the day, and he can put it in his pocket, or attach it to his belt or around his neck, or otherwise, it injects it with the treatment automatically.
Limited use.” Professor Flaman Rose pointed out that this device “is like an insulin pump for diabetes.” He explained that “sugar is too high in diabetes, it is lowered, but in Parkinson’s disease, dopamine (a molecule found in the brain) is very low, so it is reduced. Continuously supplying the necessary quantity.
“When a patient takes a pill, it causes a sudden rise (of dopamine) in the brain, and then it goes down, and this causes fluctuations. With continued treatment, it is much closer to what happens naturally.”
“The importance of the study lies in the fact that it shows that a certain number of patients can benefit from this treatment, whose use is still limited,” said a neurologist who works at the Paris-based Pettier Salpetriere Hospital.
He said that only one in two patients could justify using this treatment (ten years after the disease had developed).
Parkinson’s is considered a neurodegenerative disease, and as it progresses, the risk of inability to self-reliance increases due to motor and cognitive complications that can lead to dementia.
Health authorities estimate that the number of people who will be treated for Parkinson’s disease in France will reach 260,000 in 2030, up from 166,000 in 2015.
– “Not a panacea” – In this study, the researchers followed the development of the condition of 110 patients in an advanced stage over a period of two years, who were treated with apomorphine pump. The study concluded that the treatment is especially beneficial for patients who were already suffering from motor fluctuations before starting the treatment.
Professor Flaman-Rose said it was “a remarkable result of a degenerative disease, since over a period of two years in an advanced stage, we would rather expect a deterioration of the condition.”
However, he was careful to make it clear, for the sake of accuracy, that “it is not a treatment that cures the signs that were not treated before, but it can contribute to avoiding fluctuations when another treatment achieves a result.” In addition, it “does not slow down the progression of the disease, it only treats the symptoms.”
Finally, a third of patients in the study discontinued the treatment, “either because they had side effects, or because it did not achieve the desired result sufficiently, or to see if it improved patients’ sleep, and another to see if it should be used without waiting for the disease to reach advanced stage.