Conte sets out the “Azuri’s” plan to conquer the “lions” 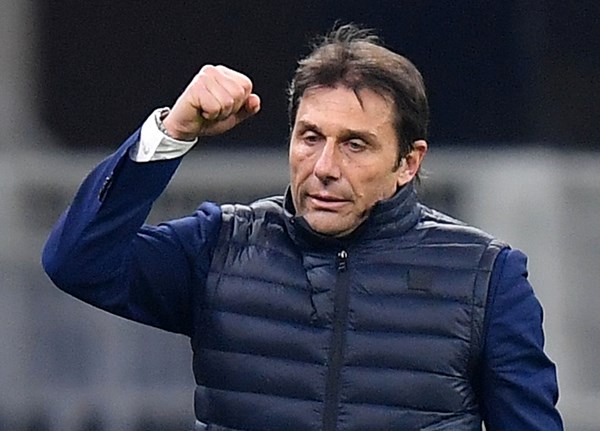 Anwar Ibrahim (Cairo)
Italian coach Antonio Conte expressed his admiration for the England national team, but he believed that Italy could beat them, if they applied the right tactic.

Conte, in his article in La Gazzetta dello Sport, was keen to assess the weaknesses and strengths of the “Three Lions” team, before the final match of the European Nations Cup “Euro 2020”.
Conte is considered an expert in English football, as he coached Chelsea from 2016 to 2018, and won the Premier League with him. He is also an expert in his country, Italy, where he previously trained the Azzurri national team, and reached the quarter-finals at Euro 2016. ».
Conte praised the England strikers, saying that they represent a great threat to the Italian defense, and that he fears them more than he fears Spain, who faced Italy in the semi-finals of the tournament.

“Unlike the Spaniards who care so much about possession and pass the ball so much, the English always try to hit their opponents with a player-on-player situation,” he said.
Conte warned his national team players that not only do the English have Raheem Sterling, but also Jack Grealish, Jadon Sancho, Bukayo Saka and Phil Foden, all of whom are capable of making breakthroughs in Italy’s defences.

He added: There is also Harry Kane, who can score from half chances, and at any time, and he is the link between the team’s players, and shows his strength in a remarkable way in the midfield, as well as being a skilled sniper.
Despite that, Conte believes that if the Italian team succeeds in containing the English attack, he can in return score from quick counter-attacks, and Conte said that the England team has two physically and technically strong players in the midfield, Declan Rice and Calvin Phillips, and both are able to balance in Midfield, but their passes are often not accurate, and they have to make easy solutions by passing the ball back.
Conte confirmed that the main weakness in the England team is concentrated in his defense line, which gets confused when it is under pressure from the opponent, but he warned the Italian players against the pressing attacking rush, because the England team, if it escapes from it, will launch quick and dangerous counterattacks. He concluded his article by saying: The Italian players should benefit from their great experience in reading the different scenarios of the match.