Construction The Myllypuro Ice Sports Center, which has been planned for years, collided with the Greens as the final approached 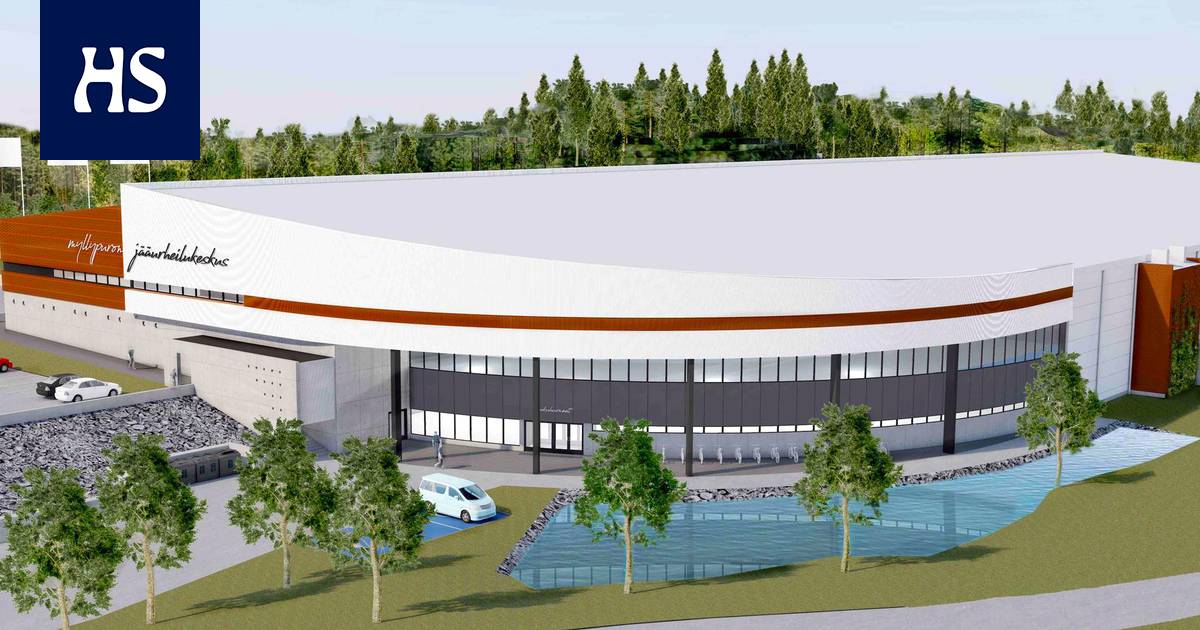 Deputy Mayor Nasima Razmyar (sd) chairs the Culture and Leisure Board and supports the ice sports project and the current construction site.

Myllypuron the realization of the ice sports center seemed to be nearing completion until the project once again faced opposition.

The Culture and Leisure Committee is scheduled to meet to decide on the fate of the ice sports center on Tuesday. At the last meeting a couple of weeks ago, the matter was brought back on the table, and now it threatens to do the same.

The Greens have turned to opposition to construction in the Matokallio area behind the Myllypuro Ice Rink. As such, the Greens have been supporting the project, but not to this place.

“This has been featured in the media and even where for years more and less. This has also been on display in the city’s decision-making for years, ”says the project Vetävä Janne Hänninen says.

“It’s annoying here that right now, when there’s a board meeting, we’re starting to oppose this.”

The town plan for the area was completed as early as 2007, after which one, if not two, generations of athletes have had time to go.

“The construction plan is fully in line with the formula, and there are no deviations and no such deviations,” Hänninen said.

He is the sports executive director of the Skating Association.

Hänninen has been leading the project since 2015, ie for six years.

“All the while, we have been informed that there is no alternative site, and therefore all plans have been made for that site.”

The idea of ​​the Greens would be to find a new place for the ice sports center so that the Matokallio area does not suffer.

“Many hope that a better location for the hall could be sought. We share their concerns and hopes. The case of Matokallio can serve as an example of the recognition of the importance of nearby nature and the plans that threaten it can be changed, ”the Helsinki Greens stated. in its bulletin.

Hänninen definitely wants to avoid taking a position on political decisions or solutions, but in his plans most of the Matokallio area would remain. In addition, the highest point of the rock would be spared and would remain at the top of the area even after the hall was completed.

To date, about half a million euros have gone into the plan. In addition, the Myllypuro Ice Sports Center is included in the funding plan of the Ministry of Education and Culture (OKM) for this year and the next two years. The project could receive funding of four million.

“After all, location is good when you think of green values. The metro stop is next door, and the entire Helsinki metropolitan area can move there with a very low carbon footprint. ”

As planned the building has taken environmental values ​​into account. The building uses geothermal wells, solar panels and carbon dioxide for freezing. Waste heat could be used to heat the planned indoor sports area in the parking area of ​​Myllypuro Ice Rink, if it ever materializes.

When completed, the ice sports center would have a 400-meter-long skating rink that meets international standards and two troughs, one of which will be made accessible. For non-ice species, there will be two running tracks of more than 400 meters inside the hall and six tracks of about 130 meters on the main line.

Three mirror halls offer training conditions especially for the needs of figure skaters and dancers. In addition, the building will have a gym of about 200 square meters.

The interior of the ice sports center would be easily adaptable, giving a spectator area around the track. Hänninen reminds that the place would still be a 99% everyday sports hall.

The project has often met with opposition because of its funding, but now, according to Hänninen’s description, that too would seem to be the case.

Correction 16.3. at 7:05 pm: In the story, the title of Deputy Mayor of Helsinki, Nasima Razmyar, was erroneously the Deputy Mayor. Corrected title at 2:20 p.m .: Changed word “recommended” to “planned”.

They made the electoral schedule official: when will the STEP and when the general ones will be

299 e-signature sites in the UAE

Pedro’s ‘Wado’ and the elections: ‘Due to the pandemic, we think it is good that the PASO are made in September’