Construction The builder will be responsible for building defects, a building of less than 30 square meters could be built without permission – Construction rules changing extensively next year 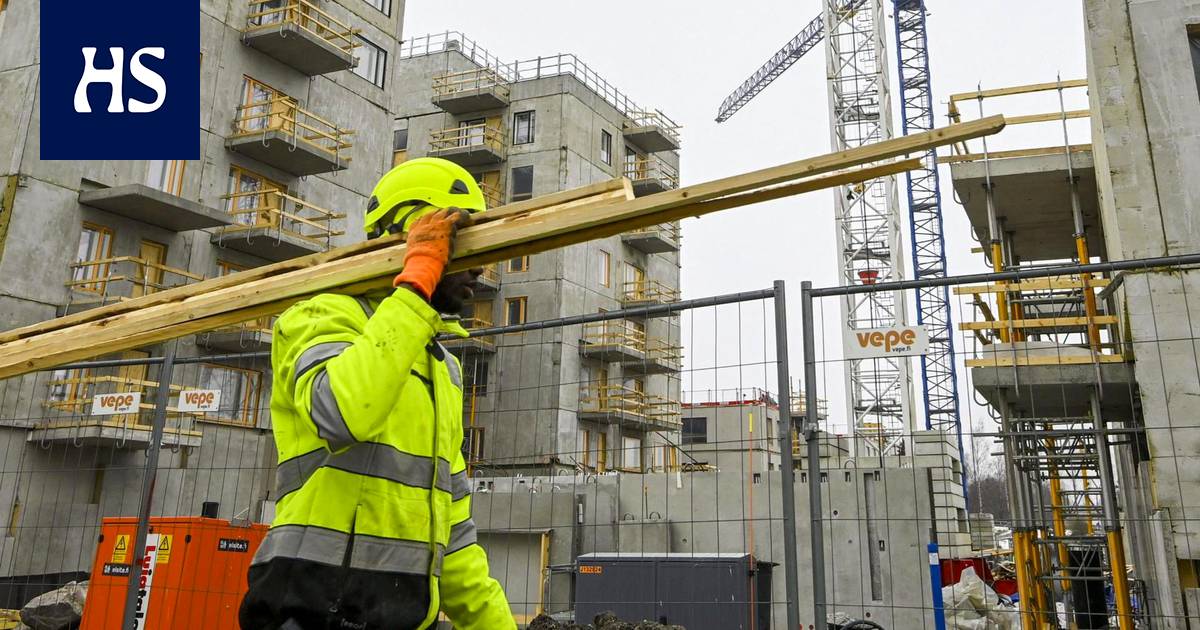 A huge package of laws regulating construction is nearing completion. The bill is due to be submitted to a round of opinions in the autumn at the latest, but many political disputes still need to be resolved before then.

Construction and the rules on land use will change widely as early as next year if the government gets to agree on the political differences over the land use and building law, which is nearing completion.

This is one of the most socially affecting bills that the government is working on. The huge package of laws affects, among other things, how and where in Finland it is built, under what conditions the environment is modified and how many green areas there will be, for example.

A total of about 400 sections of the law are expected to eventually swell to 800 pages thick.

Massive law has also been called the Little War. Social and health services (social services) will be reformed by a law of about 1,200 pages.

The pursuit of the law is, among other things, to simplify the construction permit jungle, at least from the point of view of the individual citizen.

The law is intended to write quite precisely what kind of building requires a permit, which clarifies the permit process for the permit applicant. Municipalities are also left with the possibility to deviate from the law in some cases.

Second a key change for citizens is that the law stipulates who is responsible for the quality of construction, both during planning and implementation.

The principal builder would be liable for building defects for five years. The current law does not define the period of liability at all. However, the general terms and conditions are quite common in the industry, with a guarantee period of 2 years and, in cases of gross negligence, ten years.

Regardless of the contract model, each author is responsible for their mistakes, but the client also has a responsibility.

Under the new law, the principal builder would be liable for building defects for five years. The current law does not define the period of liability at all. Pictured is the Clarion Hotel under construction in Jätkäsaari, Helsinki, in 2015.­Picture: Sirpa Räihä / HS

Government program According to him, the main objectives of the reform include a carbon-neutral society, strengthening biodiversity, improving the quality of construction and promoting digitalisation.

The law would also include new essential technical requirements for the low-carbon and life-cycle properties of the building. The design of the building would include, among other things, the calculation of the carbon footprint and the determination of the technical service life.

The building owner will be obliged to maintain a digital operation and maintenance manual.

The role of state regional authorities, ie ely centers, in supervising municipal zoning may be increased to the same level as it was some years ago.

In public construction, Finland’s efforts to be carbon neutral must be supported and, for example, walking, cycling and public transport must be favored, especially in urban areas.

The law will also require the protection of cultural environments and biodiversity in urban areas as well.

Municipal the formula monopoly will be maintained and the current formula hierarchy based on the provincial plan, master plan and town plan is likely to be maintained.

In addition, an urban plan may be included. Helsinki, Tampere and Turku and a number of other cities would have to make a plan with the neighboring municipalities for zoning the area, if this materializes.

The draft law allows the landowner in certain cases to take the initiative to draw up a town plan.

HS: n estimates from various government sources suggest that there are a handful of controversial issues, but they are complex. Issues of the content of the law are currently being discussed politically.

Following the political debate, the proposal is due to go out for consultation in the autumn or already in the summer. According to the schedule, the government should go to Parliament in the spring of 2022.

The law reform will also affect, among other things, how many green spaces will be built. Picture of Helsinki Kaivopuisto.­Picture: Mika Ranta / HS

You dispute concerning, in particular, the use and planning of sites and the protection of private property. The Center and the Rkp want to specify in which situations, for example, a private forest area can be subject to a building ban.

One part of the controversy is the landscaping network, a new term enshrined in law.

The area can also be important for the free movement of animals.

Negotiations among other things, how, in the case of green areas and other areas, any use restriction is compensated to landowners.

It also discusses how private landowners or investors can participate in zoning plans and land use.

The business community has suggested that, for example, the builder could make the formula himself and offer it to the municipality.

It is also open how the rights of the Sámi to their original territories are recorded in law.

Many trustees have already sent comments to drafters on the draft laws.

Head of Rakli Kimmo Kurunmäki says that zoning flexibility is not improving as originally thought.

“On the contrary, zoning is being aggravated and not lightened. For large urban areas, urban planning will become mandatory on top of the former in the formula hierarchy. In Europe, we are moving in a different direction, when formula levels have been reduced, but we are increasing them, ”says Kurunmäki.

Kurunmäki is also afraid that regulation will increase.

“There is, of course, an ongoing political controversy over the role of ely centers. It is possible that the role of the elies will return to the situation 4-5 years ago, ie the role of supervisors will become stronger than it has been in recent years. ”

Rakli also considers many points in the preparation of the law to be good, such as streamlining construction permits and increasing the responsibility of builders.

Association of Municipalities development manager Anne Jarva considers it good that the municipal formula monopoly is maintained and that the role of municipalities does not seem to be changing much anyway.

“It’s good to be taking small steps, so there will be no hasty decisions.”

Jarva also considers that the consultation and participation of local residents will be improved, especially in the early stages of zoning.

“Digitalisation will be utilized in information, interaction and communication. That’s a terribly good thing. “

Jarva, on the other hand, does not consider it good if the state’s business, transport and environmental centers (ely) may be restored with a wider opportunity to appeal against zoning.

Detached Association executive director Janne Tähtikunnas considers it good that a building permit may no longer be required for buildings of less than 30 square meters or for canopies of 50 square meters.

“Similarly, geothermal wells would normally be exempted from building permits. We believe that these reforms are good and will cut red tape. ”

The Land Use and Construction Act is being reformed

■ The government is reforming the Land Use and Construction Act. It aims to enter into force in 2022.

■ This is one of the government’s most far-reaching bills affecting society.

■ The law extensively regulates land use and construction.

■ The preparation is done parliamentaryly, ie all parliamentary parties are involved. Preparations began already during the previous government.

The mentalist in all of us