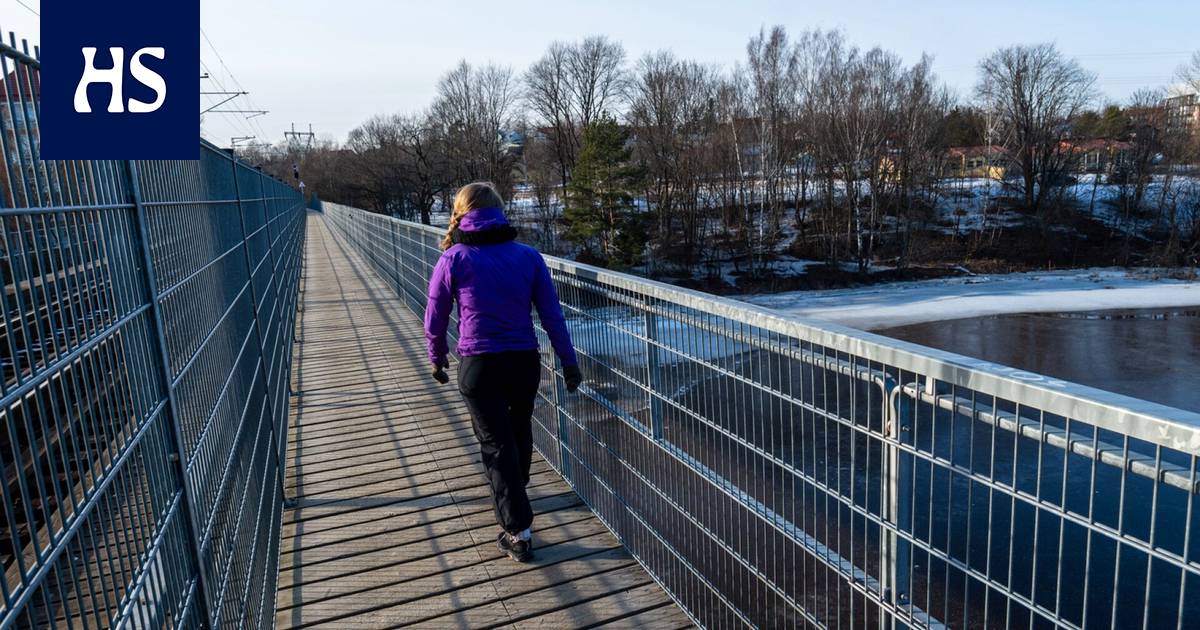 The cost of the Raunistula pedestrian and cycling bridge has already more than tripled compared to the initial estimate.

Turku new bridge projects do not stay within any budget. Last year, Logomo’s footbridge, which crosses the yard area near the train station, cost more than € 20 million instead of five million euros.

Read more: Bridge farce by Turku residents – This is how the budget of Logomo’s footbridge quadrupled

Now the cost of the second bridge, the Raunistula pedestrian and cycling bridge across the Aura River, has risen from two million euros to more than seven million euros.

Towards the end of last year, the cost of the bridge was estimated at another EUR 6.4 million. On Monday, the city government will be presented with a proposal for a project plan, according to which the new bridge will cost 7.4 million euros.

The bridge will be needed, as it connects the Raunistula district and the Nummi district. The existing railway bridge nearby is to be demolished, and pedestrians and cyclists have no choice for the new railway bridge.

See also  Editorial Why was the Finnish wage model forgotten?

The new pedestrian and cycling bridge will have up to 2,500 daily users in the future. Most of them are commuters.

How was the bridge budget multiplied again?

The city council approved the town plan made possible by the bridge in January last year. However, the first cost estimate for the bridge was completed two years earlier in 2019. At that time, the bridge was estimated to be one hundred meters long and four and a half meters wide. The cost estimate was made according to the cover squares only.

The center of Turku lies on a clay base tens of meters thick. Still, the clay surprised the designers. In November, it became clear that the bridge would also have to be built in a “geotechnically unstable” area.

See also  Taxation Did you work remotely in 2021? According to the taxpayer, you should apply for these tax benefits right now

“Investigations revealed that the embankment of the Aura River is in a small but continuous movement towards the river. If the foundations are piled up on the embankment, they will go into circulation, ”says the director of urban development Kimmo Suonpää.

This means that traditional piling does not work. Instead, separate tongue walls must be embedded in the clay bottom of the beach, which are attached to the bedrock at their upper and lower ends. At the planned location of the bridge, the bedrock is at a depth of 20–45 meters.

“After that, the bridge should be on solid ground for the next hundred years as planned,” says Suonpää.

Girder walls and ground supports cost almost half the price of the entire bridge.

If Turku’s decision-makers are blessing the new cost estimate, next we are looking for a contractor for the construction. The partner should be clear during the spring. Suonpää still does not promise that the final price will now be known.

See also  Despite the outbreak of injuries, North Korea confronts Corona with "honey and tea"

“Cost estimates are always estimates until a bid is received from the contractor. But in the coming stages, I hope to find cost savings rather than increases. ”

If all goes according to plan, the development phase of the bridge project will be completed this year and the construction contract itself by the end of next year.

Fortunately for the city, Traficom has an investment program for walking and cycling in operation, from which municipal projects can receive grants. At the end of January, Traficom granted a grant of EUR 3.2 million to the Raunistula bridge.

With the grant, further additions to the bridge plan had to be made, such as stairs. Thus, the current cost estimate is EUR 7.4 million.

F1 | Pirelli: the choices for the first 3 GPs. There is the mix jump