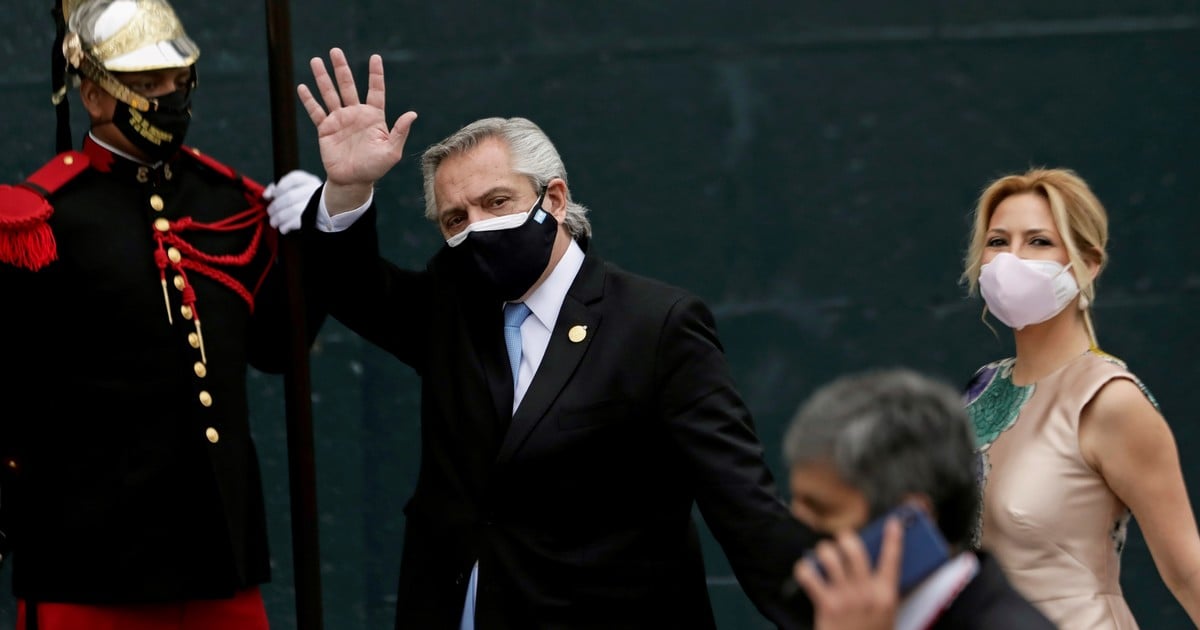 Congress should initiate a cause of impeachment against President Alberto Fernández for a “categorical poor performance” of the public function after the dissemination of the photos of the social meeting held in Quinta de Olivos last year on the occasion of the birthday of his partner, Fabiola Yañez, in full isolation due to the coronavirus pandemic.

At least that is how it was expressed by different constitutionalists consulted by Clarion who agreed that the head of state not only breached a law that he himself had set in the framework of the pandemic but also “violated the Constitution”.

Faced with the scandal that led the President to regret the meeting called by the first lady, the opposition presented two requests for impeachment against Alberto Fernández “for poor performance and for the eventual commission of the crime of non-compliance with the duties of a public official in the exercise of his functions.”

In this context, Felix lonigro, specialist in Constitutional Law, explained to Clarion that from a criminal point of view, the head of state can be accused of “crimes against public security”, which is imputed to whoever resists an order of the authority destined to stop the advance of a pandemic. “In this case, it is the same authority that issued the order that disobeys and has a penalty of 6 months to two years, it is an exempt crime”explained the constitutionalist, who added that the other crime is “violation of the duties of a public official.”

Constitutionalist Andrés Gil Domínguez told Clarion that “within the framework of a Republic we are all subject to the law.” “And the law was very clear, there was a constitutionally reasonable situation of isolation and those people who did not comply should be subject to the law that applies to all. Consequently everyone has to be subjected to criminal proceedings“, the lawyer pointed out.

For his part, Daniel Sabsay was forceful in addressing the scandal at Quinta de Olivos. “When the President is sworn in, he agrees to enforce the Constitution and he has manifestly breached“, asserted the constitutionalist.

“Without a doubt this starts a political trial because it’s a categorical bad performance which is the main cause with which a political trial is initiated, “said Sabsay, who added that in this case, the President” has lied, has violated the law that he had set and the Constitution. “

The photo of Alberto Fernández with the first lady Fabiola Yañez and a group of friends at the Quinta de Olivos during the strict quarantine last year.

The Organic Law on Political Trial, which governs this procedure based on the provisions of the national Constitution in three of its articles: 53, 59 and 60, establishes that it is the Chamber of Deputies that exercises the right to accuse the Senate before the Senate. president, vice president, the head of the Cabinet of Ministers, the ministers and the members of the Supreme Court.

This mechanism is for “the causes of responsibility that are tried against them, for bad performance or for a crime in the exercise of their functions, or for common crimes, after having known about them and declared that there is room for the formation of cause by the two-thirds majority of its members present “.

If the initiative reaches the venue, two thirds of the members present for approval of the request for impeachment, said Gil Domínguez. If it advanced in the lower house, then an accusation commission made up of three deputies would be appointed, in order to sustain the accusation before the Senate, where it will also need a special majority to advance with the impeachment.

Felix Lonigro said that the possibility of advancing the trial against Alberto Fernández is “almost nil”, given that the ruling party adds the necessary deputies to seal the initiative while in the Senate it has its own majority.

“It is evident that the ruling party dominates the Senate and the opposition does not even have a simple majority to assert the accusation in the Chamber of Deputies. If the ruling party protects the president, the political trial is impossible,” the constitutionalist ruled.

For the specialist, the toast at the Quinta de Olivos to celebrate the birthday of the first lady can lead to the President “have an electoral responsibility, if this influences the elections. “But he insisted that” naturally there is criminal responsibility because there is a prosecutor who is intervening, Ramiro González, and in that way a judge I could prosecute him, fix him in preventive detention to even condemn him “.

However, the President has immunity and until the end of his term it will not be possible for him to serve a sentence, if he is eventually convicted.

The opposition promotes the impeachment trial against Alberto Fernández

In the midst of the controversy, the block heads of Together for Change Mario Negri (UCR) and Cristian Ritondo (Pro) presented this Friday, at the last minute, a project in which they request impeachment against Alberto Fernández “for poor performance and possible crimes in the exercise of their functions”, following the photo of the first lady’s birthday celebration on July 14, 2020.

In the presentation, the legislators pointed out that the photos in which the President was seen in a social meeting with the first lady “show that there was a parallel reality, where the rules did not apply. “

“The situation expose the hypocrisy of the President. By then, a strict quarantine was in place that prohibited social gatherings and limited the circulation of essentials. He, who orders to fulfill what he does not fulfill or enforce his narrow circle in the place where he lives, shows an inequality before the law that offends a republican country, “said the deputies.

They also indicated that this scandal is the straw that “broke the camel’s back.” “It has been dishonored the public investiture. The most elementary republican dignity and public ethics imposed by the National Constitution have been unknown, “highlighted the referents of the main opposition force, who considered that”the President’s word is devalued For a long time, the behaviors that are shown today add to that discredit and discredit. “

Previously, another group of deputies from Together for Change had also presented a request for impeachment against the head of state “for poor performance and for the eventual commission of the crime of non-compliance with the duties of a public official.”

Both presentations end up being symbolic since in the Political Trial Commission, which is chaired by Josefina González, from the Frente de Todos, the ruling party has a majority with 15 representatives.

With these two requests for prosecution, the president drags four projects that request that he be subjected to impeachment.

One of the initiatives was presented on July 27 by the macrista José Luis Patiño, who, accompanied by other members of Juntos por el Cambio, accused the president of “poor performance in the exercise of his functions.” The file was promoted after knowing the letter that the presidential adviser Cecilia Nicolini sent to the Russian Direct Investment Fund (RDIF) to demand the delivery of second doses of Sputnik V against the coronavirus.

“In short, the self-inflicted failure by the Government itself, in the acquisition of vaccines, has not only cost the lives of thousands of compatriots who did not get vaccinated on time, but also this delay and the consequent levels of circulation of the virus that They could not be avoided, they have been the excuse for the application of authoritarian measures that meant the violation of human rights such as life, dignity, work and education, among others, leading us to the worst economic and educational crisis of our country. history “, was based on the proposal.

A previous project was presented on June 28 and belongs to the radical Alvaro De Lamadrid, who questioned the President and his vice Cristina Kirchner about the handling of the pandemic. 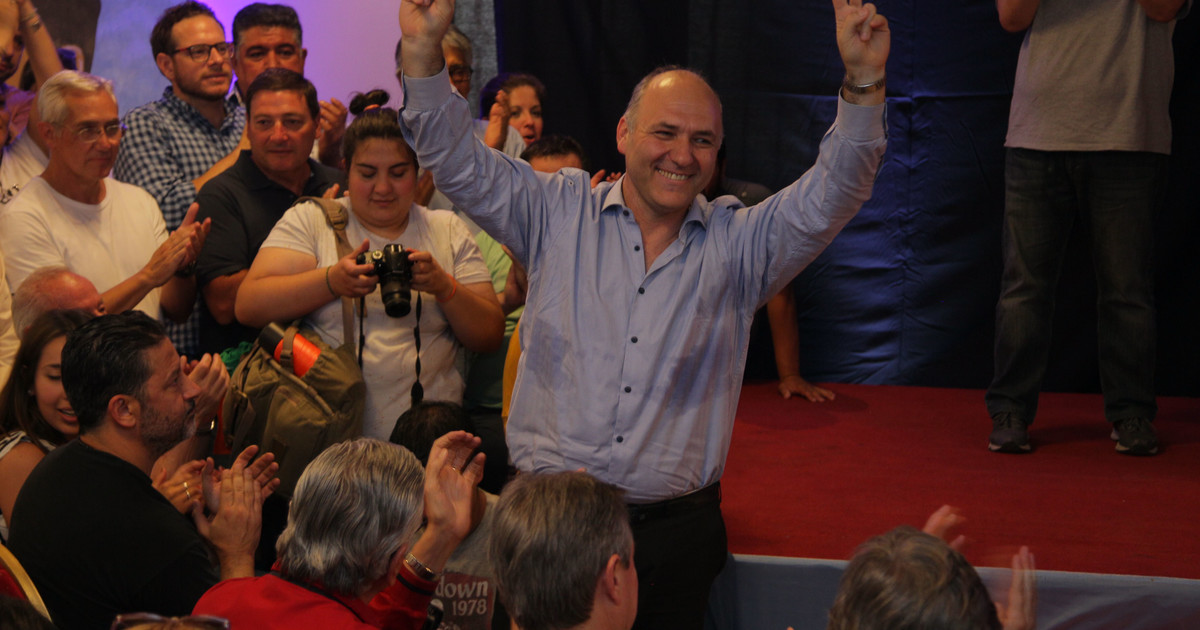 UK retail sales fall 1.4% in May versus April – ISTOÉ MONEY

The Pfizer scandal: Alberto Fernández has already notified Patricia Bullrich that he will sue her for defamation