Conquest of the mountains Lotta Hintsa has a “Midsummer sauna” at an altitude of 5,000 meters in northern Pakistan 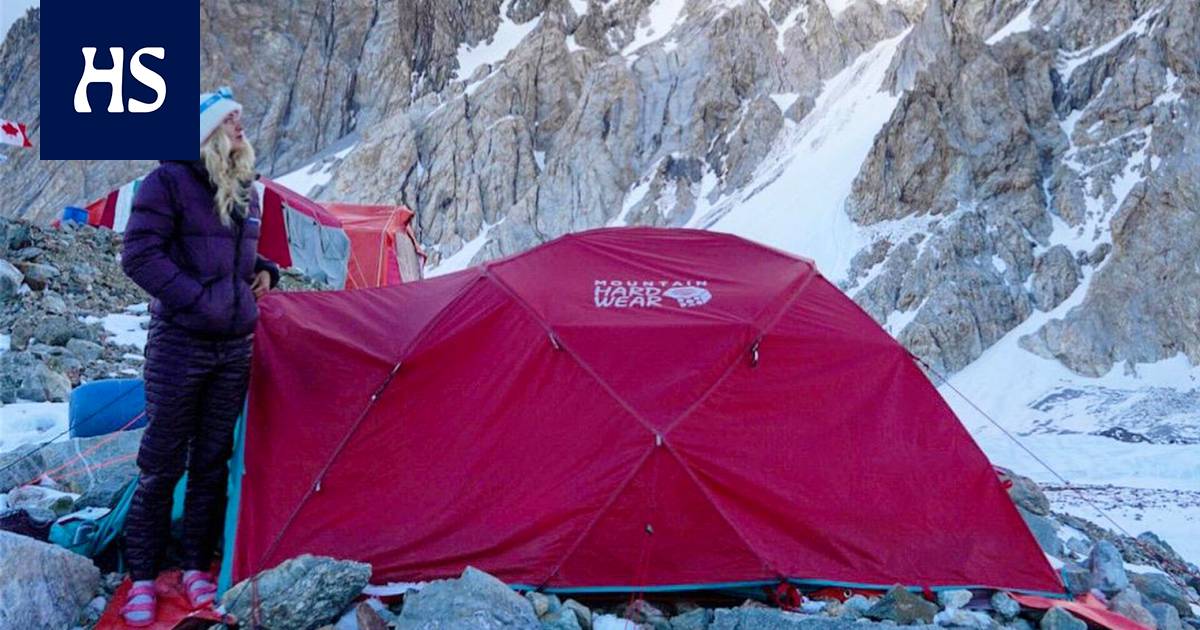 Multi like a Finn, also a mountaineer Lotta Hintsa has been closely examining weather forecasts in recent days. However, the reason is not the approaching midsummer celebration but the planning work to get to the second camp.

In the previous attempt, Hintsa and his climbing partner Don Bowie took tens of pounds of supplies and hundreds of meters of rope to Camp No. 1, but a snowstorm forced them to return to base camp.

The next step would be to get to the second camp and then fasten the ropes above and below the camp.

“We don’t need solid ropes when climbing upwards, but they increase safety when we come down from the top tired,” Bowie says.

The largest some of the supplies were taken to camp number one by Hintsa and Bowie last time, so a lighter climb is promised – hopefully without a blizzard.

“You’re a really good climbing couple,” Bowie tells Hintsa during a call from base camp.

“Lota didn’t have to give any instructions. He was really confident and fast. He impressed me, again. ”

To get used to the thin atmosphere, Hintsa and Bowie need another 4-5 nights in the second camp at 6,400 meters and possibly one night in the third camp at 7,000 meters. Then it would be 4-5 days of rest before trying to reach the top.

There are more than 3,000 meters of ascent from the base camp to the top of Broad Peak. Picture: Hanna Kainulainen HS

Although It has snowed tens of cents on Broad Peak in just over a week, and the sun has occasionally mocked.

Hintsa says that when the sun hits the tent, it becomes like a sauna. When the sun goes to the cloud, the tent quickly becomes as cold as it is outdoors.

“This is our Midsummer ritual. You don’t have to miss the Midsummer sauna, ”he jokes.

Sauna – albeit a little unreliable – in addition, Finland is reminiscent of the Salmiakis brought by Hintsa on Broad Peak.

However, four pounds of sweets have dwindled to a “worrying pace,” as Bowie also admits to being a friend of Salmi.

“Lotta put me in a picture of all the salmiak she brought in, and I said she didn’t need that much. Now he reminds me of my words every day, ”Bowie says and laughs.

“When we were climbing up, he gave me a handful of salmia, saying I needed energy. I was choking on them. That would have been tragic. ”

However, according to Hintsa, eating other delicacies is in balance, as the chili-cheese-corn cakes brought by Bowie are also suitable for Finnish tastes.