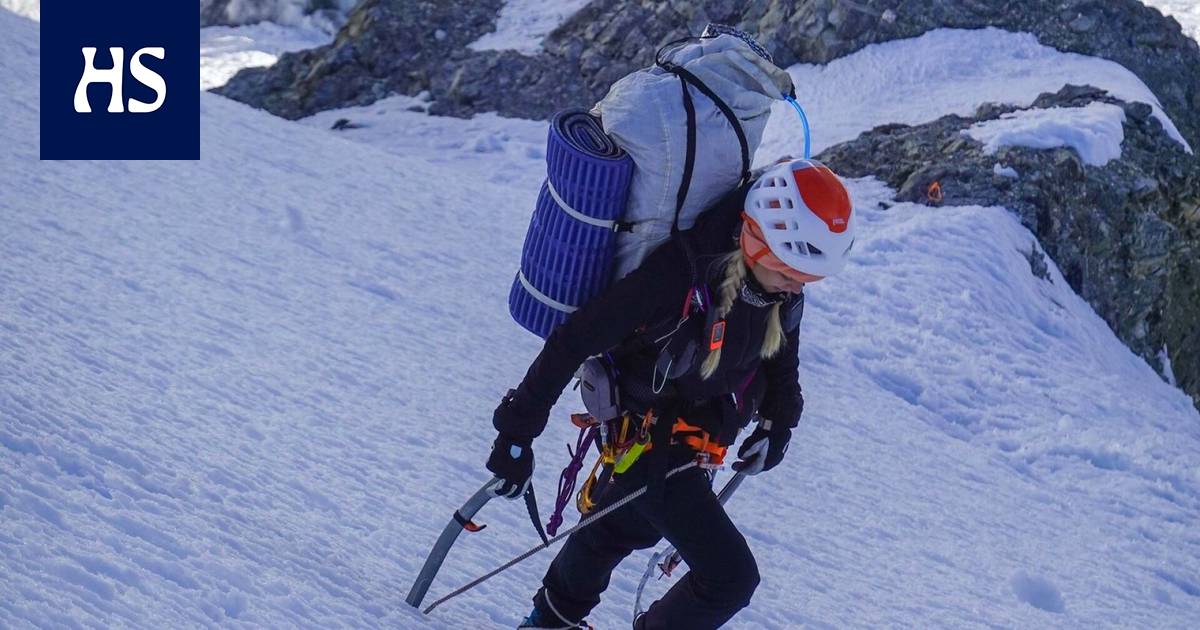 Hintsa recovered from stomach disease, and salmia is plentiful.

Mountaineers Lotta Hintsa and Don Bowie have gradually gotten a taste of climbing on 8,051-meter-high Broad Peak, but the trip to the Karakorum Mountains didn’t quite go straight from the textbook. Or it was quite a tension and horror story.

Initially, Hintsan and Bowie were scheduled to head to northern Pakistan around mid-May, but due to various problems, departure was delayed by a couple of weeks.

First, Bowie’s processing of his visa application was delayed due to changes brought about by the coronavirus, and Hintsa, in turn, canceled one flight after another.

When the duo finally got to Pakistan and wandered in good spirits to Broad Peak base camp, struck by Hintsaa stomach disease.

“In the evening, the fever rose and the food began to come through as water. The next day was really awful. There was a high fever that broke the place and the food did not stay inside, ”Hintsa says via a satellite phone.

However, the fever and stomach disease refused with antibiotics, and life began to brighten again.

The mood was helped by the fact that Hintsa and Bowie are practically alone on the 12th highest mountain in the world. The reason is that Nepalis have been banned from entering because of the coronavirus. As a result, the entry of Nepalese sherpas as guides and carriers has also been blocked.

“It’s crazy cool to be here for two.”

“Everyone who is addicted to fixed ropes and sherpas has withdrawn,” Hintsa says.

In addition to Hintsa and Bowie, there is only a chef, one auxiliary boy and an army representative on the mountain.

“A few other climbers may come at some point if they have hired Pakistanis. They should come in 1-2 weeks at the earliest. “

For Hintsa and Bowie, in addition to “their own mountain,” there are financial benefits from the corona restrictions.

“We get a discount on prices when we promised to fix (fasten) the ropes.”

The height difference between the base camp and the first camp is about a thousand meters. Picture: Hanna Kainulainen HS

On Thursday, the duo climbed from base camp to No. 1 camp for about 6,000 meters. It took a few days there to get used to the higher atmosphere before returning to base camp.

“All the Salmiak went almost all at once. Fortunately, there is more in the base camp. ”

“You have to take a felling trip with you on a toilet trip if you slip. It is 800 meters down. ”

Harvest hand must be fast, its Hintsa got to learn on the way back to base camp. He was with Bowie attaching ropes to the crossing of the ice traps, but were not attached to each other.

“Don went first, and I wondered why it went over the snowy spot. I myself went from a more icy place. However, the snow bridge collapsed and the ground went underfoot. ”

There is no congestion at Broad Peak base camp.d Picture: Lotta Hintsa

“In my right hand was an ice pick, which I got stuck in the ice when I was in the groove down to my armpits. It was such a monster race, and there was nothing underneath. ”

“It could have been a weak one, but again I learned something. Don said make sure we are tied up to each other or to the slope in the future. ”

The next update on the duo’s situation will come later this week.