Congresswoman Talíria Petrone speaks in the Chamber while breastfeeding her daughter 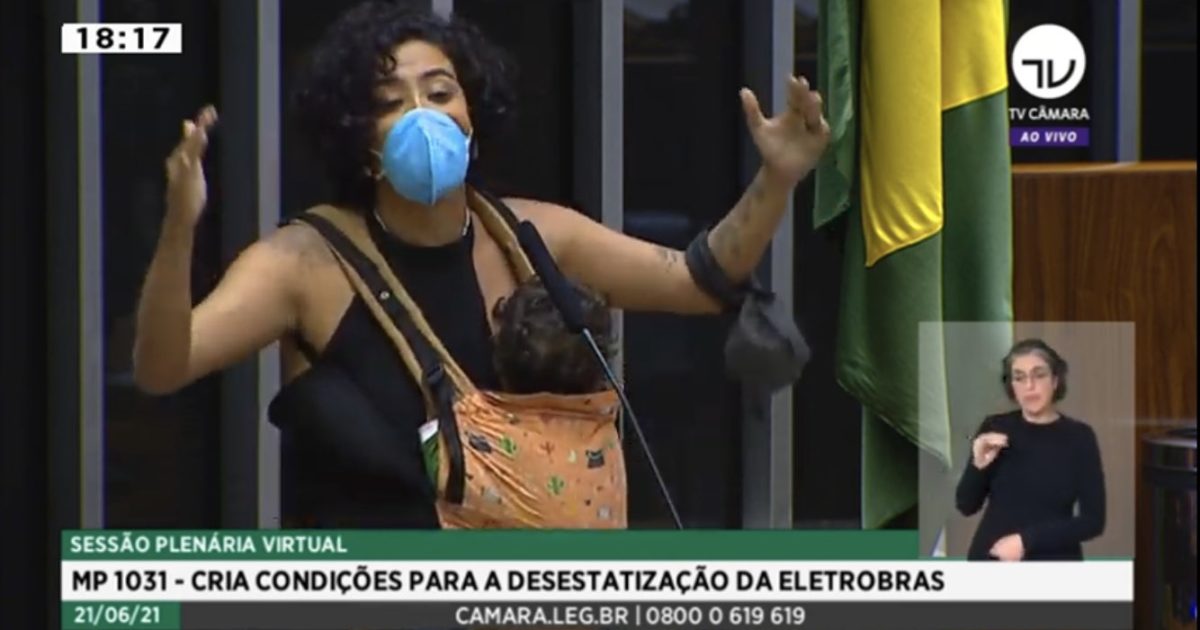 The federal deputy for Rio de Janeiro Talíria Petrone (Psol) was among the most talked about issues on social networks, this Monday night (June 21, 2021), after speaking against the MP for the capitalization of Eletrobras in the Chamber of Deputies tribune while nursing her daughter.

The child was in a baby kangaroo backpack. See the moment:

Posting on her Twitter profile, the congresswoman wrote about what happened. “Today during my speech in defense of a public Eletrobras. Hard defeat for those who believe that electricity and water are essential resources and should not be privatized. We continue in the fight to revert! Moana learning which side of the fight we are on!”.

The Chamber of Deputies approved part of the Senate text for the provisional measure authorizing the capitalization of Eletrobras. There were 258 votes in favour, 136 against and 5 abstentions. Congressmen are now analyzing highlights that could change the proposal. At the end of the deliberation, the measure will be sent for presidential approval.