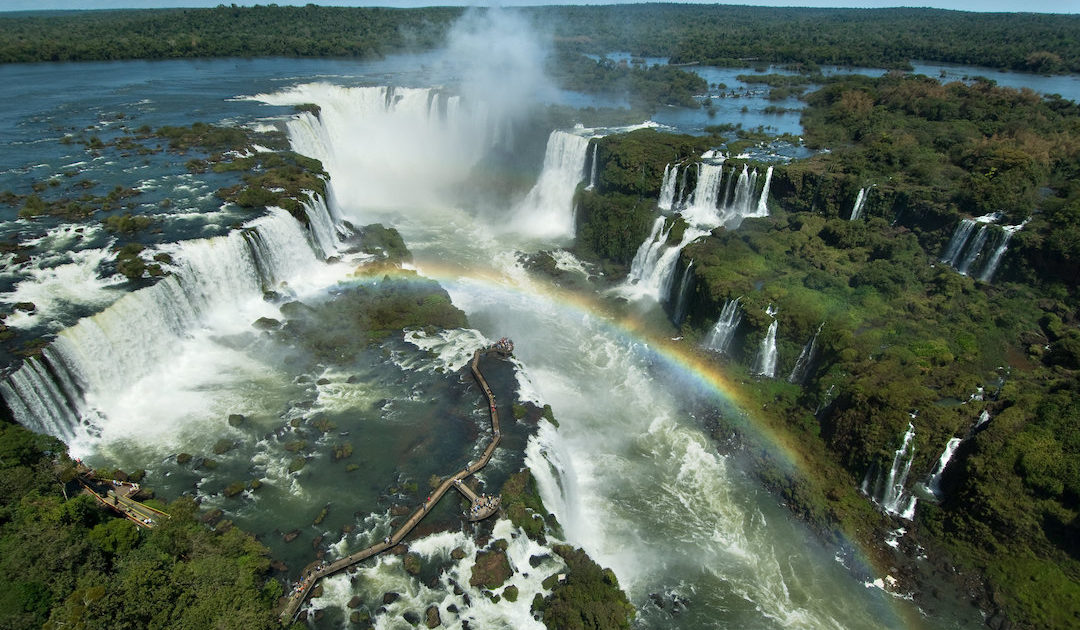 A dispute that has already been decided in court 35 years ago is in danger of suffering an upheaval in Brasília. A law project (PL984/2019) tries to reopen the Estrada do Colono, closed in 1986 due to the environmental damage it caused when crossing the Iguaçu National Park, the second most visited conservation unit in the country and declared a World Natural Heritage Site by Unesco.

Authored by the deputy Nelsi Congueto Maria (PSD-PR), better known as Vermelho, the current proposal calls for the creation of a new category of conservation unit, the Estrada-Parque. In this way, it would be possible to reactivate the 18-kilometer-long road between the municipalities of Serranópolis do Iguaçu and Capanema, in Paraná.

The most recent episode in the long history of attempts to reestablish the Estrada do Colono, which includes invasion of the stretch by residents and even the threat of losing the title given by Unesco, generated a wave of protests.

“The bill does not only impact Iguaçu. It intends to allow the opening of roads in all parks [nacionais], that is, it puts all protected areas in Brazil at risk. That’s why it’s so serious”, says Angela Kuczach, biologist and executive director of the National Network for Conservation Units for 7 years.

Officially created in 1939, the Iguaçu National Park, where the famous waterfalls are located, is one of the last continuous remnants of Atlantic Forest in the south of the country. The Brazilian biome is the most threatened, especially in Paraná, where little more than 2% of the original area of ​​this native vegetation remains, in protected areas.

On the road map of the state, the first records of the Estrada do Colono are from the 1950s. Before that, the route was a trail in the middle of the forest, used in the past by indigenous people and, later, by migrants during the expansion towards the west. .

In 1986, a first court decision ordered the closure of the road. Several initiatives tried to reopen it, which happened after the occupation of the path by local residents and injunctions obtained in court. The last episode was in 2003, when the Federal and Military Police acted in the region to guarantee the court decision.

Since then, the bed of the old road has disappeared with the recovery of the Atlantic Forest. An eventual reactivation of the route would cause the deforestation of at least 50 football fields. “This would affect hundreds of species of flora and fauna, including those threatened with extinction”, states a technical note on the subject written by the MP (Prosecutor’s Office).

“Can you imagine the image running around the world of the first tractor felling the first tree in the Iguaçu National Park, which is one of the most emblematic in Brazil and in the world? [Seria] an absurdity, a scandal, an inestimable damage to the region’s image”, says Kuczach.

Deputy Vermelho is the 3rd to attempt legislative maneuver. In the early 2000s, Irenaeus Columbus (PT-PR) started the discussion that later became a project signed by Assis do Couto (PDT-PR). None of the last 2 were re-elected.

Red’s current justification in the Chamber is that the proposal would solve a logistical problem in the state and make the municipalities more dynamic. He argues that cities suffer from economic stagnation and population decline due to the lack of road connections to larger centers.

Data on the economy of cities, according to the MP’s technical note, “do not corroborate the political discourse in defense of the opening of the road”.

Serranópolis do Iguaçu, a municipality with 4,500 inhabitants, receives ICMS Ecológico, which, the note points out, corresponds to more than 20% of the municipality’s revenue. The Master Plan does not even point to the reactivation of the road, but highlights the positive aspects of the park, such as rural tourism, quiet life and beautiful landscapes.

Capanema, with 19,000 inhabitants, registered a population increase above the expectation of its Master Plan and already has a network of roads that connects the city to other more developed regions, counters the note.

As it is close to the triple border, the road still represents a threat to national public security, according to the MP’s document. In the past, the path through the park was used to transport smuggled goods, drugs and even weapons.

The Iguaçu National Park, which received 2 million visitors in 2019 alone, is like the last green island surrounded by large crops, mainly soy. “When the road was opened, we still had a western part of Paraná full of forest. Today, all that’s left is Iguaçu”, declares Kuczach.

Conservation has made it possible to increase the population of jaguars, the largest cat in the Americas, in danger of extinction. The last census released by the Onças do Iguaçu project, in 2019, showed a 27% increase in the number of these animals in the previous 2 years.

For Mario Mantovani, director of SOS Mata Atlântica, “there are all the justifications in the world for not reactivating the road”. In addition to the park’s successful history of preservation, the surrounding municipalities have the opportunity to explore ecological tourism, says Mantovani, who participated in debates on the subject at local public hearings.

The chances of passing the bill, on the other hand, are great, he says. “Now, with the current government, the environment has come to be hated. It is an escalation of violence against whatever the natural and collective heritage may be”, claims about the government of Jair Bolsonaro.