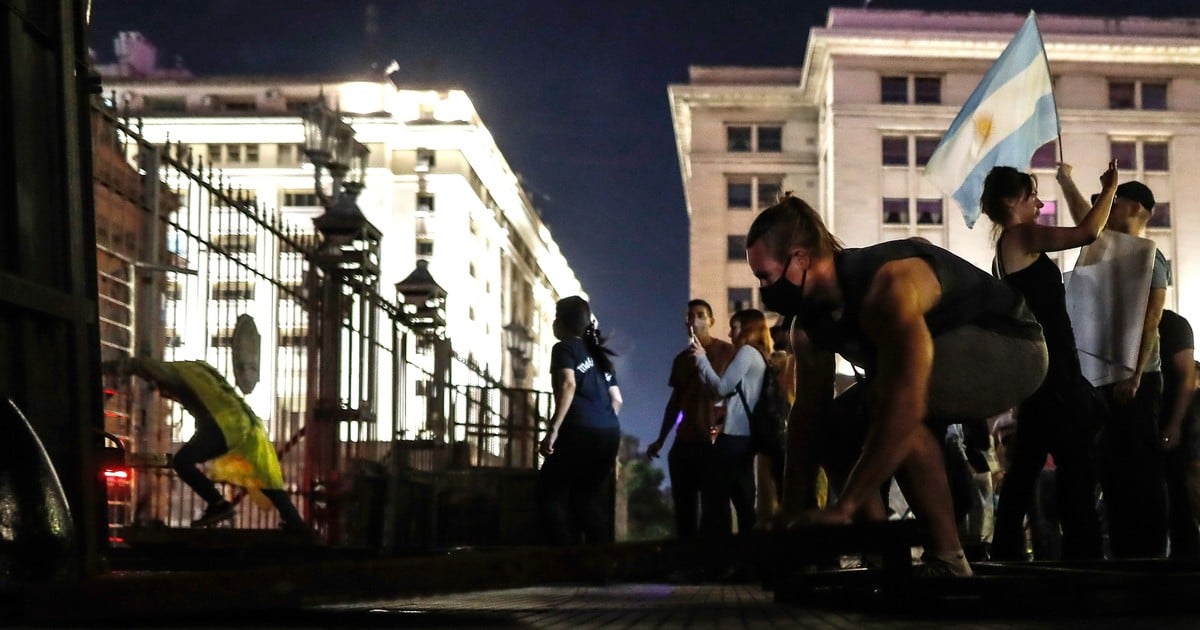 Contrary to what is established in the Decree of Necessity and Urgency (DNU) published by the National Government, the Chamber of Appeals in Administrative, Tax and Consumer Relations of the City of Buenos Aires ordered that face-to-face classes be enabled tomorrow In Buenos Aires city.

The resolution generated confusion among the parents who make up the educational community due to the uncertainty of what will happen in each of the schools where they will have to send their children. During these hours, the chats of moms and dads are flooded with questions and they remain expectant to the conference that the Buenos Aires head of government will give to obtain details about the situation of face-to-face classes starting tomorrow.

The conference will be attended by the Deputy Head of Government, Diego Santilli; the Chief of Cabinet, Felipe Miguel; the Minister of Education, Soledad Acuña; the Minister of Health, Fernán Quirós, and the Secretary of Transport and Public Works, Juan José Mendez.

Another condiment in the controversy is the stoppage of activities announced by the UTE.-CTERA union, as soon as the decision of the Buenos Aires justice was announced, in defense of health

The parent chat of the Colegio Federico Froebel de ConstituciónFor example, it exploded at 8:30 p.m. on Sunday, while they were waiting for Horacio Rodríguez Larreta’s words, a teacher asked for time to check if there were classes. “As we still do not have official answers, we are going to continue with the plan to continue online,” they said.

The same guidelines were followed by the WhatsApp of a Buenos Aires garden that, assailed by unanswered questions, the parents decided to wait for the City’s statement to communicate with the educational institution. “The Driving Team so far does not have official information about virtual or face-to-face classes for next week,” the message posted on the screen.

“My daughter is not going because the City does not have beds at the moment. But there is still no definition. In the ruling, they ask that Larreta present an epidemiological report next Friday, ”an angry mother of a fourth-grade student commented.

“If you read with criteria the ruling is from the Buenos Aires chamber, the DNU is national. I honestly don’t know who is right, “said Alejandro, the father of two teenagers from the Santa Catalina school in Constitución.

For its part, Lucila King of Organized Parents He tells this medium that in CABA they are going to wait for the Larreta conference. “As education is a local matter of the City, which was delegated to the provinces, the decree is a subjugation to the autonomy of the City. This ruling slows down the effects of the decree, so the parents of CABA will not take them to the School. In Province, the situation is different. We are filing appeals to request that education be declared an essential service in the framework of the pandemic and prevent it from being the first thing to close. We understand that classes are restored because the Provinces and the City must guarantee the right to education ”, he says.

Meanwhile, at the National School of Buenos Aires, the UBA’s superior council resolved that its schools have virtual classes on Monday and will analyze as follows from Tuesday.

"You never forget, but over time you learn to wear it"