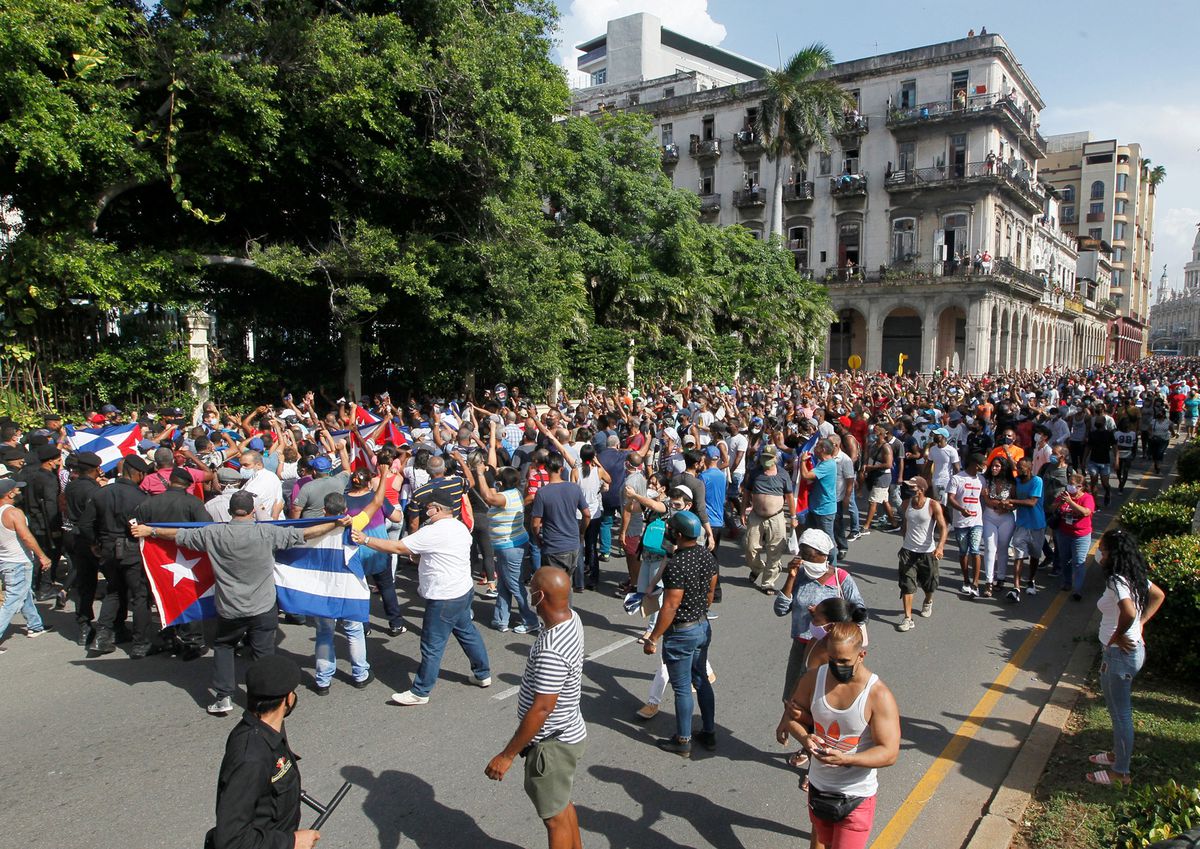 The euphemism used by Miguel Díaz-Canel to identify the protagonists of the demonstrations registered in Cuba has the characteristics of sarcasm. Limiting the protests to “people with legitimate dissatisfactions” and “to confused revolutionaries”, backed by opportunists, counterrevolutionaries and mercenaries paid by the empire constitutes a biased but eloquent reductionism, in a country with plenty of patience after accumulating decades of hardship and transversal asphyxia , consequence of political absolutism and an economy that will not go back without a conceptual revision of its foundations.

More than the desire for democracy, unknown in Cuba, the wishbone was fed up, accentuated by the pandemic, blackouts, and shortages. The president’s warrant, the mobilization of the security forces and the militants of the PCC denote an unprecedented trance, barely comparable to the two-year famine (1993-94) and the demonstration on the boardwalk, personally dissolved by Fidel Castro; They also note underground turbulence in the ranks of the single party. Five years ago, a deputy editor of the newspaper Granma, an official organ, warned that without the presence of the commander, Cuba ran the risk of not withstanding the restrictions derived from the fall in Venezuelan crude. Díaz-Canel neither has the charisma of the caudillo nor the tools to alleviate the suffering of his compatriots; perhaps not even the force to impose structural liberations on the military.

The street cries of freedom and down with the dictatorship will sound like heavenly music in the United States, which will encourage the uprisings as long as they do not lead to a civil war and the boats block the Straits of Florida. The outbursts fit with Biden’s bet against the normalization of Obama without substantive consideration, whose Administration opposed the embargo in the United Nations General Assembly, for the first time since the introduction of the punishment by Kennedy. In June, the US reversed the concession and again voted in favor of the island’s economic, financial, and commercial isolation, trusting that necessity will soften Castroism or lead to popular uprising.

Surveys on the mood of the eleven million Cubans managed by the regime’s inner sanctum are alarming, judging by the terms in which Díaz-Canel referred to the protesters. The role played in the mobilization of social discontent by the henchmen of the Yankees is a lesson learned. Not so much the admission that many revolutionaries participated in the protests. They were not confused by the enemy, but rather by the glut of rhetoric and failures: a permanently gloomy horizon entrenched in dogmatism. Not a few of these militants depend on remittances from their relatives abroad, if they are still spoken to. Demonstrations will be stifled and traditional dissent suppressed. Everything will change when the disenchanted revolutionaries impose their theses in the Political Bureau or join the anger of the neighbor.