Confirming America’s Ambassador to Russia as Director of “CIA” 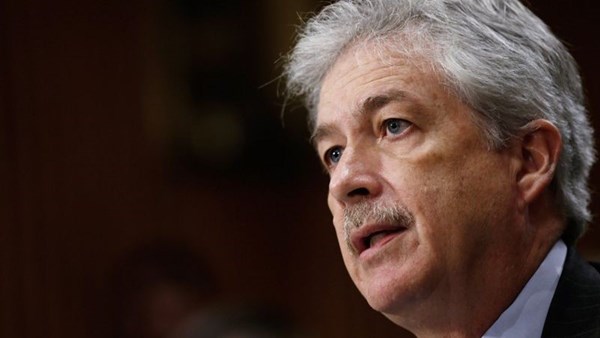 The US Senate installed two new members in the administration of President Joe Biden, William Burns as Director of the Central Intelligence Agency (CIA) and Xavier Becera as Secretary of Health.
Burns won the Senate consensus, in a rare moment in a deeply divided Congress.
Burns was a diplomat for 33 years and served as his country’s ambassador to Moscow.
Until his nomination, Burns was president of Carnegie Endowment for International Peace, a leading foreign policy think-tank in Washington.
He has deep experience in security and intelligence matters, having spent more than three decades in the United States’ foreign service, including his stint as ambassador to Russia from 2005 to 2008.
Burns will be the first veteran diplomat to run the CIA, the giant US counterintelligence agency that employs 21,000 people. He is neither a political nor a military person, nor a person from the intelligence community, as many of his predecessors were.
Burns succeeds Gina Haspel, the agency’s director since 2018, who in turn succeeded Mike Pompeo, who headed the agency in 2017 before former President Donald Trump appointed him Secretary of State.
During the era of former Democratic President Barack Obama, Burns stood behind the rapprochement with Iran by conducting secret negotiations in the years 2011 and 2012 in light of the lack of diplomatic relations with the enemy country.
These negotiations were a prelude to the official talks between Tehran and the Six Big Countries (the United States, China, Russia, Germany, France and Britain), which led to the 2015 agreement aimed at preventing the Islamic Republic from acquiring nuclear weapons.
During a conference in October prior to the US elections, Burns considered that “the strategy of maximum pressure on the part of the Trump administration was largely irrational,” praising Biden’s “logical” position, who was still the Democratic candidate at the time.
Earlier, Burns said before the Senate Intelligence Committee, that China is the main challenge facing the country, echoing views expressed by Biden and other senior officials in his administration.
“Keeping China out of competition will be essential to our national security in the coming decades,” he said. This will require a clear, long-term strategy with the participation of both parties, backed by renewal at home and by strong intelligence.
On the other hand, and in a vote whose results were close, the senators also confirmed Thursday, with 50 votes in favor and 49 against, Xavier Becera as Minister of Health in the Biden administration.
He is the first Hispanic person to hold this key position in the midst of the Covid-19 pandemic that has killed more than 530,000 people in the United States.
But Republicans denounce his lack of medical expertise and consider him largely progressive.

Champions League 2021: which are the favorite teams according to the bookmakers

IBERO is renewed with Planes Manresa, its new educational program