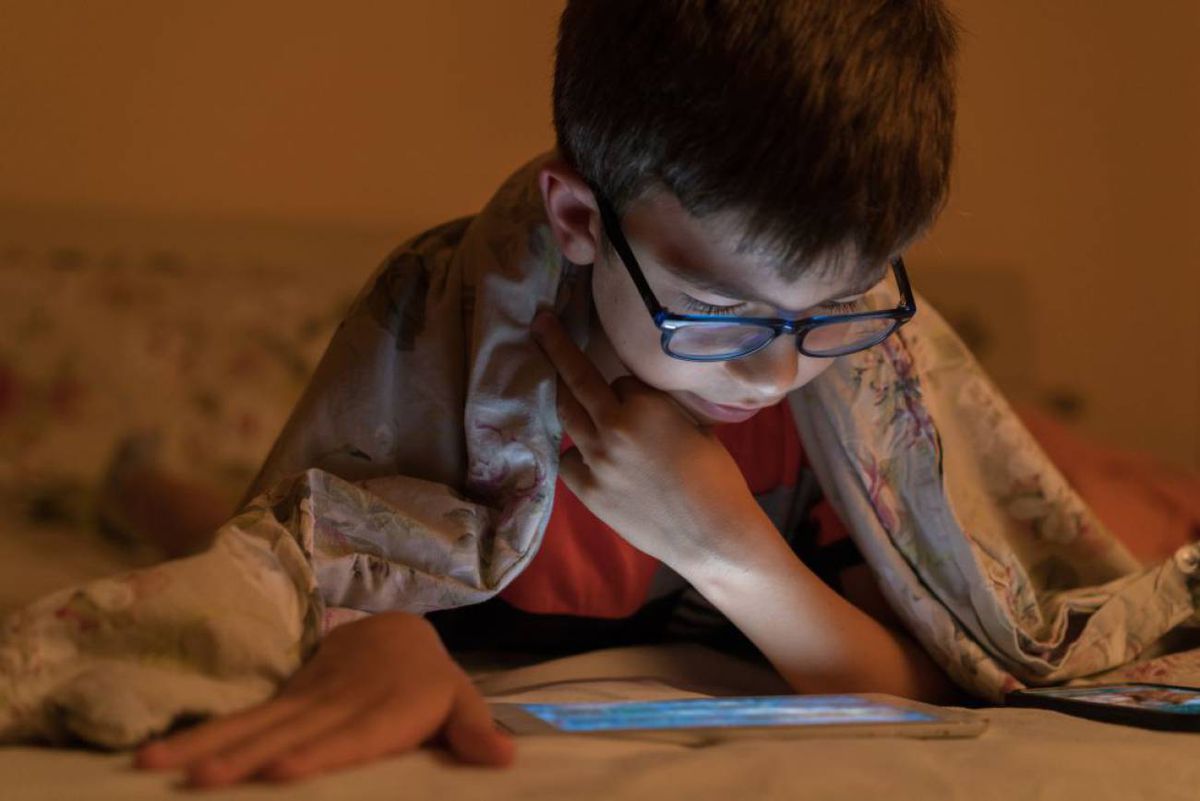 The strict confinement to try to avoid the spread of the coronavirus caused that for several months of 2020 children around the world stopped going to school and did not go out to the park to play with their friends as they did before the pandemic. One of the silent consequences of this compulsory isolation was the increase in myopia in minors. Recent research from different universities in China, Canada and Latin America agree that the main reason for the growth of this disease in the last year was the lack of sunlight.

Carolina picotti, physician, child ophthalmologist and author of a study recently published in The Lancet, explains over the phone that the sun’s rays release dopamine in the retina, a substance that prevents the eyeball from getting longer and helps prevent increased myopia. “If children do not go outside and do not receive sunlight, their body does not generate this neurotransmitter and the disease is triggered,” says the Argentine researcher. And he adds: “No artificial light can replace the sun’s rays in the generation of dopamine.”

According to Picotti, the conclusions of the work in which more than 16 ophthalmologists from all regions of the South American country collaborated show that the participating minors between 5 and 18 years of age increased on average 40% the progression of myopia between 2019 and 2020, the year they were locked in their homes due to confinement. “The percentage of the increase in myopia is not only very high, but it confirms the hypothesis that environmental factors and not only genetic factors can increase or decrease this disease.”

Picotti insists that under normal circumstances the evolution of myopia in children is the opposite to that observed in the year of confinement: “As time passes and the child grows, the percentage of progression must decrease. In this case the opposite happened: the children grew up and the disease soared ”. This increase in the problems of clarity of distance vision, which is repeated in several regions of the world, is very worrying if one takes into account that recently the World Health Organization estimated that by 2050 half of the world’s population will be myopic.

David musch, a professor in the department of Ophthalmology and Visual Sciences at the University of Michigan, agrees with Picotti. Musch states by email that the research he co-authored, published a few months ago in the medical journal JAMA Network, confirms that children in China drastically increased their myopia during the months of confinement.

“The percentage of the increase in myopia is not only very high, but it confirms the hypothesis that environmental factors and not only genetic ones can increase or decrease this disease”

Musch explains that the study compared the myopia levels of more than 100,000 primary school children in Shandong City, China, from 2015 to 2020. the strict confinement between January and May of last year, would have affected the myopia of the little ones ”. The answer was overwhelming: myopia was found in a higher percentage in the 2020 evaluations compared to the annual surveys of previous years.

Children between the ages of 6 and 8 were the most affected. Musch says that the skyrocketing increase in myopia can have more serious consequences for people’s visual health as they get older. “Some will develop complications of myopia that threaten their sight in the future, such as cataracts, glaucoma and retinal detachment.”

A study in Canada, led by the researcher Sarah A. Moore and published at the end of last year, it revealed that in the harshest months of confinement, children spent an average of more than five hours a day in front of the screens in entertainment activities, in addition to the time they dedicated to homework and classes at school , also on the screens.

A survey in Colombia, Mexico and Chile revealed that 76% of young participants increased their exposure to screens during confinement. 46% stated that the exposure time increased between three and six hours; 29%, more than six hours, and 25%, from one to three. This excessive use of the screens is related to some symptoms such as dry eyes, fatigue or eyestrain, temporary blurred vision and headache.

However, experts agree that the increase in myopia in children is not due, as was previously believed, to the intense use of screens, but to little outdoor activity and consequently to the absence of rays of sunlight. The researcher Piccoti affirms that “scientifically” it is not yet proven that “the light from electronic devices causes myopia”. What other studies have shown is that the distance in front of the screen, the size of the letters and the contrast background if they can make the eyeball increase or decrease its size and produce changes in the quality of vision.

Musch insists that awareness of the association between longer exposure to sunlight and less myopia should encourage parents and schools to ensure that children spend more time outside their homes. “If future pandemics occur, minors should be allowed to enjoy the outdoors in safe conditions.” According to Piccoti, being outdoors at least two hours a day is enough to help prevent the progression of myopia in children.