Confessions of the boring Boston mom who was a Russian spy 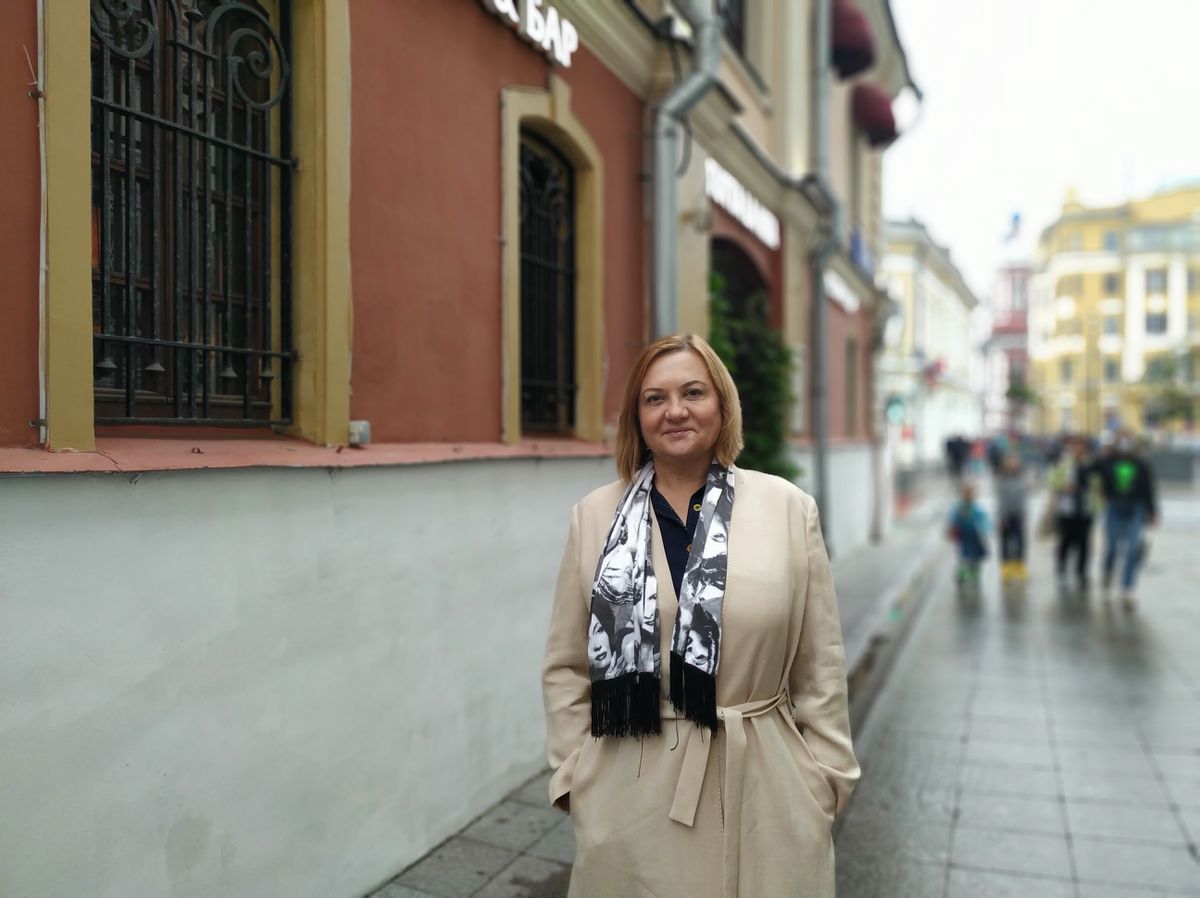 Tracey Ann Foley was for years the spitting image of America’s wealthy middle class. A nice house on the outskirts of Boston. Two children. A good life. Boring view from the outside, perhaps. Foley had decided with her husband, Donald Heathfield, also a French Canadian, that she would stay home with the children. So she became one of those “soccer moms” who go to training sessions and games, and organize field trips and barbecues. Until the children grew up and he started working as a real estate agent.

They were doing well. Her husband, who had a graduate degree from Harvard, worked as a consultant in a company and had built a juicy portfolio of clients, from General Electric to T-Mobile. They sent the boys, Tim and Alex, to excellent educational institutions, and whenever they could they took a leap to Europe. They were an educated, cosmopolitan family, who had lived in several western countries and had a special passion for traveling. Until 11 years ago, in the neat and huge Operation Ghost Stories, the FBI entered his home in Cambridge (Massachusetts) under the astonished gaze of his children and arrested the couple. His whole life was a fabulous facade. A cover. Foley and Heathfield were Russian spies.

Foley is actually called Elena Vavilova. She was born in Russia in 1962 and was recruited by the Soviet KGB when she was a history student at a Siberian university; almost at the same time that her husband, Andréi Bezrukov. At that time they were dating. They were married in the USSR, already as agents. And they met again, fell in love, and married in Montreal, in one of their first undercover assignments. “We had to build a discreet life, of ‘average people’; that’s how good spies are ”, describes Vavilova while taking small sips of a cappuccino in an Italian restaurant in the center of Moscow and recounting snippets of an extraordinary life that inspired the hit series The Americans.

They were more than two decades like illegal spies, which in the language of intelligence implies solid and clean identities, without a past: in his case, Westerners, those of two Canadian children who died at a very young age that the KGB had managed to steal. A type of agent of Russian “specialty and tradition” since the time of the revolution that not all countries cultivate, Vavilova points out. She is a stylish woman, with a captivating and enveloping conversation, in perfect English, although with a Slavic accent; a touch that was very conveniently explained in the United States by its French-Canadian origin.

Vavilova, who reached the rank of colonel, is today retired from the office and reels off part of that extraordinary life in the novel The woman who knows how to keep secrets, that the Roca publishing house published in Spanish this week (with translation by Josep Alay) and which offers a rare glimpse into the training system of the agents illegal soviets. The practices of evasion of surveillance, encoding of messages, studying maps and cryptography and, above all, long hours of study and language lessons were fundamental in the program. They also received weapons training and learned martial arts. The ex-spy also gives some details of her recruitment and her motivations. “The Soviet Union was then a powerful country, the struggle and competition with the Western bloc was hot and the decision to join the organization to defend the homeland was actually extremely easy to make.”

Vavilova and Bezrúkov’s mission was to gather intelligence information. First, for the USSR, and when it collapsed, for Russia; and send encrypted messages to his superiors in Moscow. Along with the marriage, within Operation Ghost Stories, the FBI captured eight other Russian agents. They were all victims of betrayal, explains Vavilova. One of his superiors switched sides and gave the Americans the identities of the group of undercover agents. Weeks later, Washington and Moscow exchanged spies at the Vienna airport; the largest change of agent stickers since the Cold War, including Sergei Skripal, who in 2018 was poisoned with the neurotoxin novichok in the UK by Russian agents, according to British intelligence.

Upon arrival in Moscow they were treated as heroes, “defenders, secret warriors.” Vladimir Putin, himself a former Soviet agent (stationed in Germany) and then Prime Minister of Russia, received and decorated them. “He tried to cheer us up, he remarked that even though the mission had ended, we still had years ahead of us and we could do something interesting and useful in the country,” recalls Vavilova. The government helped them, advised them and found them good jobs. Now, the former spy works at Nornickel, a powerful Russian mining company that has the largest nickel and palladium deposits in the world. There he is dedicated to studying international competitors. Her husband is a professor at a prestigious university and an advisor to a large state company.

The return, however, was not easy, he acknowledges. They had been returning every three or four years to dispatch in long and intense sessions with their superiors and to see family. His parents believed that they worked as specialized translators in an agency similar to the UN. They had reported that, for company security reasons, they could not give more details or communicate often. And when the internet made things simpler, they explained that for privacy reasons at their jobs they couldn’t use it to chat. Their respective parents, like good Soviets, agreed without asking too many questions. Vavilova and Bezrúkov left the USSR and returned to a country that no longer existed, with two children who did not know a word of Russian and who, they say, did not know at all the true identity of their parents. A few years ago, after a fight in court, Tim and Alex regained Canadian nationality, which had been withdrawn after the arrest of their parents.

In 2019, after boom from The Americans and with the help of the writer Andrei Bronnikov, Vavilova decided to write her novel – an “80% real”, she says – to tell the “reality” of the trade. “The series captures very well the environment and the psychological background, the emotional and family dilemmas, but in this profession there is not so much action. And there are no murders, ”he assures with a shrug. “An undercover agent must go unnoticed. The job requires a lot of patience, a lot of intellectual strength, and sometimes when they betray you, as we did, it can be a bit frustrating, ”he smiles. “I also wanted to write to set an example for young people. It doesn’t mean they all have to be spies, although someone might be inspired. I wanted to show that it is good to do something useful for your country. We did something important and very rewarding. We did not go there to become millionaires or famous, but to serve our country. That was the mission; my mission ”, he remarks.

Vavilova, who reached the rank of colonel, recounts part of that extraordinary life in the novel ‘The woman who knows how to keep secrets’

They watched the collapse of the USSR on television. “For us it was like a loss, that of a huge and powerful country. But we stayed true to the promise because we never work for a specific regime or for a specific president; but for our land and the people who lived there. And they were still the same ”, abounds. “In addition, the country was going through a difficult period – the turbulent nineties – and that made us more want to prevent some conspiracies, attacks. We understood that our country was sick and that it needed us ”.

Vavilova is convinced that illegal spy work it is still fundamental today. Although it also assumes that it is increasingly difficult, with the expansion of social networks, biometric documents, video surveillance systems and new technologies, which make it very difficult to build an identity from scratch. Cracks are left that are not only seen by other intelligence services. In fact, this has been the case, crossing data and checking social networks, as some investigations have uncovered the latest Russian espionage scandals.

“We worked during the Cold War, when there were clearly two sides. Now many people say that we are facing a second cold war, because the world is divided; even the West. The value of intelligence on the ground remains key, especially in today’s world where fake news abounds. When the decision is made, even if it is detailed in documents that are somewhere on the internet – even if they are protected – it can be accessed. The important thing is to know when you are thinking about making a decision, predict actions and thus prevent them or be prepared to face them ”, he says. And he remarks: “To avoid a real war, hot, with weapons, someone needs to make a secret war, invisible, but very important because it avoids reaching the point of hard conflict. Even today: you have to know your adversaries to be well protected and have that right to parity between countries. And that is not just a mission of the Russian espionage agencies, but of all those of the world ”.