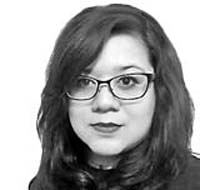 If there is something that I consider a good investment, it is a ticket to a concert. The adrenaline rush of getting the ticket, the waiting for the day and finally the excitement of seeing the lights go out and the stage come on has become an addiction. That’s why when I found out that Guns N ‘Roses was coming to Guadalajara I immediately saw myself in the stadium with my shirt and throat ready, but then I returned to Earth and remembered the damn pandemic.

The forums have been closed for more than a year, the music does not sound the same and the streaming, although they have been a good alternative for those who make a living from entertainment to continue despite the closures and restrictions, have not finished convincing the public or generate significant income.

The Inter-American Entertainment Corporation, owner of OCESA, had a loss of 1,240 million pesos in 2020; Furthermore, when activities were suspended in March of last year, 283 face-to-face events were scheduled, of which 235 were postponed to a date this year and 48 were canceled. In the third quarter of 2020, the company had revenues of 393 million pesos, 82 percent less than in 2019; 222 million were for the concerts via the internet.

The economic reactivation opened a window to the entertainment industry and they have let in small rays of light of hope to see our favorite bands live and direct, without having to lock ourselves in a car or connect to a device.

The poster for the Pa’l Norte festival, with Foo Fighters and Tame Impala as protagonists, was the first signal in Monterrey; and the presentation of Guns N ‘Roses in Guadalajara the second, but this comes with a note: it still does not have the permission of the state authorities, although the pre-sale of tickets began last Friday.

The sanitary restrictions and protocols for the control of events of such magnitude also cost, and that price ends up being paid by the public, which also assumes the risk that, at the last minute, the concert will be postponed or canceled due to the increase in cases of covid-19, as it happens in the country, or even being part of the contagion statistics. There is nothing left but to keep waiting. _