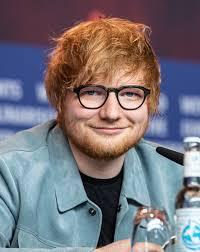 More than 100 British musicians, from pop and rock idols including Ed Sheeran, Sting and Pink Floyd’s Roger Waters to classical stars such as conductor Simon Rattle, have said tours of Europe including Majorca by British artists are in danger because of Brexit.
In a letter published in Wednesday’s edition of The Times newspaper, the musicians said the government had broken a promise to negotiate visa-free travel for musicians in the European Union.

“The deal done with the EU has a gaping hole where the promised free movement for musicians should be: everyone on a European music tour will now need costly work permits and a mountain of paperwork for their equipment,” they wrote. Majorca plays host during the summer months to some of the top British bands. Stings has performed on Majorca twice over the years. Last summer British 80s band the Pet Shop Boys should have appeared in Majorca but the event was later canceled because of Covid-19.

“The extra costs will make many tours unviable, especially for young emerging musicians who are already struggling to keep their heads above water owing to the COVID ban on live music.”

Britain completed its journey out of the European Union on Dec. 31. One of the consequences of Brexit is that British and European citizens no longer enjoy free movement in each other’s territories.
The musicians urged the government to negotiate a reciprocal deal allowing paperwork-free travel for touring artists.

The stellar list of signatories ranged across almost all styles of music, from The Sex Pistols and Iron Maiden to acclaimed cellist Sheku Kanneh-Mason, who performed at the wedding of Prince Harry and Meghan Markle.
Radiohead, Elton John, Bob Geldof, Peter Gabriel, Brian Eno, Liam Gallagher and Queen’s Brian May and Roger Taylor also signed.

Cásper dies, the thief who broke the safes of the Banco Popular de Yecla