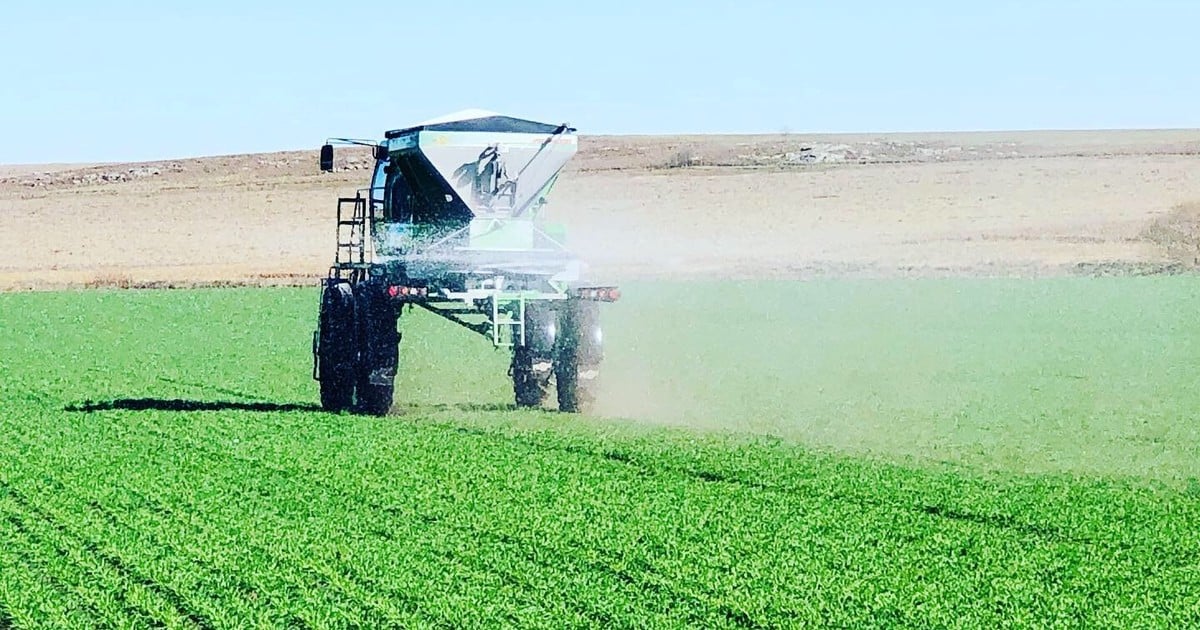 “I just got an email: they told us to suspend sales of fertilizers.”

The message belongs to a commercial executive of a company that sells agricultural inputs with a wide network of distribution centers throughout the territory of Cordoba and marks the thermometer of a concern that is gaining space at this time among agricultural producers: the strong rise in inputs in recent days.

This occurs to the point that the distributors themselves have no price to acquire the merchandise in a wholesale way and therefore do not want to compromise a value to their customers. “Already They wouldn’t let us keep a quote for more than 24 hours. And now they directly told us to stop selling ”, completed the seller.

According to their spreadsheets, a liter of glyphosate that in January was quoted around 4.6 dollars, today is 6.4 dollars; namely, 39 percent more. The ton of urea, meanwhile, which stood at 450 dollars in January, today costs 600 dollars; a rise of 33 percent. To this must be added a devaluation of the official dollar of 12 percent, from the 84 pesos per dollar in January to the current 94 pesos.

The problem for many producers is that this upward trend that was coming from the beginning of the year, has been strengthened in recent weeks, as Santiago Solar, a producer from Buenos Aires and former Chief of Cabinet of the Ministry of Agriculture, hinted at during the administration of Luis Miguel Etchevehere.

Del Solar expanded Agrovoz that in the last week, fertilizers rose between 10 and 15 percent. And that glyphosate went from 4.4 dollars per liter to almost seven dollars, a rise of more than 50 percent, in just three weeks.

The differences between the different calculations have to do with the brand or supplier of the herbicide that is taken as reference. But the coincidence is that there is an upward climb that worries in the middle of the wheat sowing.

“A supplier called me and said: thank goodness you closed the glyphosate at the beginning of May, because from that moment until today it increased a lot. And the fertilizers too, every three or four days three or four dollars are updated ”, he pointed out.

From the center of Córdoba, the producer and contractor Marco Giraudo assured that in one year urea increased 80 percent, and one of the most demanded herbicides, 40 percent. But in just 24 hours, they were up 10 percent.

The concern that prevails among the producers is due to the strong rise, which they had not foreseen; Nevertheless, the input-output relationship, as a result of the strong rise in grains, continues to be favorable for the farmer’s pocket.

Sources of multinational companies that operate in the sector told this media that, in the case of glyphosate, the rise is temporary due to the shortage of supply from China.

“Serious problems in the electricity supply in the Chinese province of Yunnam limit the production of phosphorus, a strategic input for the production of acid that is used as a raw material for the production of glyphosate. Several months of drought had an impact on the hydroelectric supply, aggravated by greater pressure on consumption as it was going through a hot summer season, “said the source consulted.

The problem is that 65 percent of China’s production is supplied from that province and, given this shortage, acid raised its price by 40 percent.

To this is added that, at the local level, oxygen is used a lot as an input for the production of acid, and at this moment, in the middle of the second wave of the pandemic, almost all the oxygen is being used for respirators.

Finally, there has been a strong increase in freight rates due to the low availability of containers in the framework of the problems of replenishing them, because many were stranded as a result of the worsening of the pandemic in many areas of the world.

These supply problems, meanwhile, collide with a time when producers have an active demand due to the fact that they are in full planting of corn since, due to the inflationary context, they want to anticipate as much as possible the purchase of inputs to “fit” prices.