Compulsory vaccination for over 50-year-olds entered into force 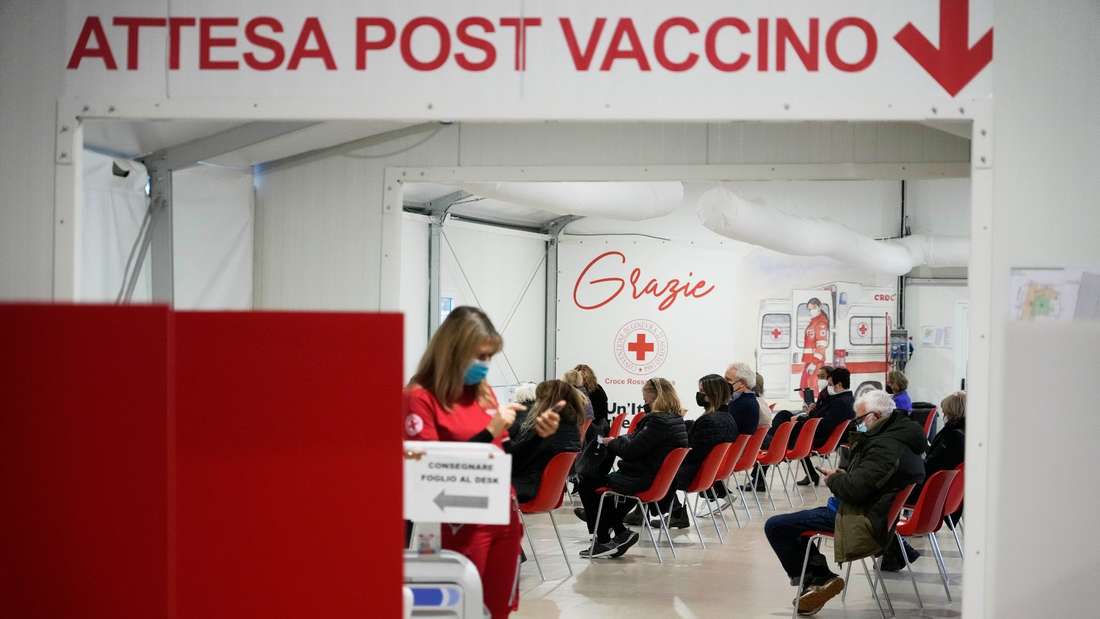 In Italy, all people over 50 years of age must be vaccinated against the corona virus from Saturday. However, penalties do not apply until February. The move had caused a lot of controversy.

Rome – In Italy, the compulsory corona vaccination has come into force for people over the age of 50. The decree passed in the Council of Ministers on Wednesday came into effect on Saturday after it appeared in the Official Gazette on Friday.

However, unvaccinated people still have time before they face consequences. From February 1st, a fine of 100 euros is planned for those who have not yet been vaccinated or who have not received their second dose or the booster even though they could.

Vaccination is mandatory until June 15th

The vaccination is compulsory until June 15th and applies to all people over 50 who are resident in Italy, including foreign nationals. From February 15, the 2G rule will also apply to people over 50 at work. Anyone who has not been vaccinated or has been shown to have recovered from then on, for example, can no longer come to the office. A negative test is sufficient for younger employees. Anyone who appears and is caught, as before, must expect a fine of between 600 and 1500 euros.

See also  Coronavirus THL: The Standby Act should be in force by the end of March, if enacted

Queen Máxima: Her extravagant look not only heats up royal minds

Corona alert is getting closer and closer

The measure generated a lot of criticism, but also praise. Many politicians from the co-ruling parties supported the approach. Prime Minister Mario Draghi justified the measures by intervening in the age group that is more at risk of being hospitalized if infected.

The founder of the largest parliamentary party, the Five Star Movement, professional comedian Beppe Grillo, criticized the control of the central government evoking “Orwellian images” that weighed heavily on the psyche. Liguria’s regional president and co-founder of the conservative party Coraggio Italia (Courage Italy), Giovanni Toti, spoke in the newspaper “La Repubblica” (Saturday) in favor of expanding the 2G rule. If vaccination was compulsory, all adults should have been included. dpa

Who is ‘Otoniel’, the new drug lord heir to the big cartels

Mazda with Subaru and Toyota for biofuels