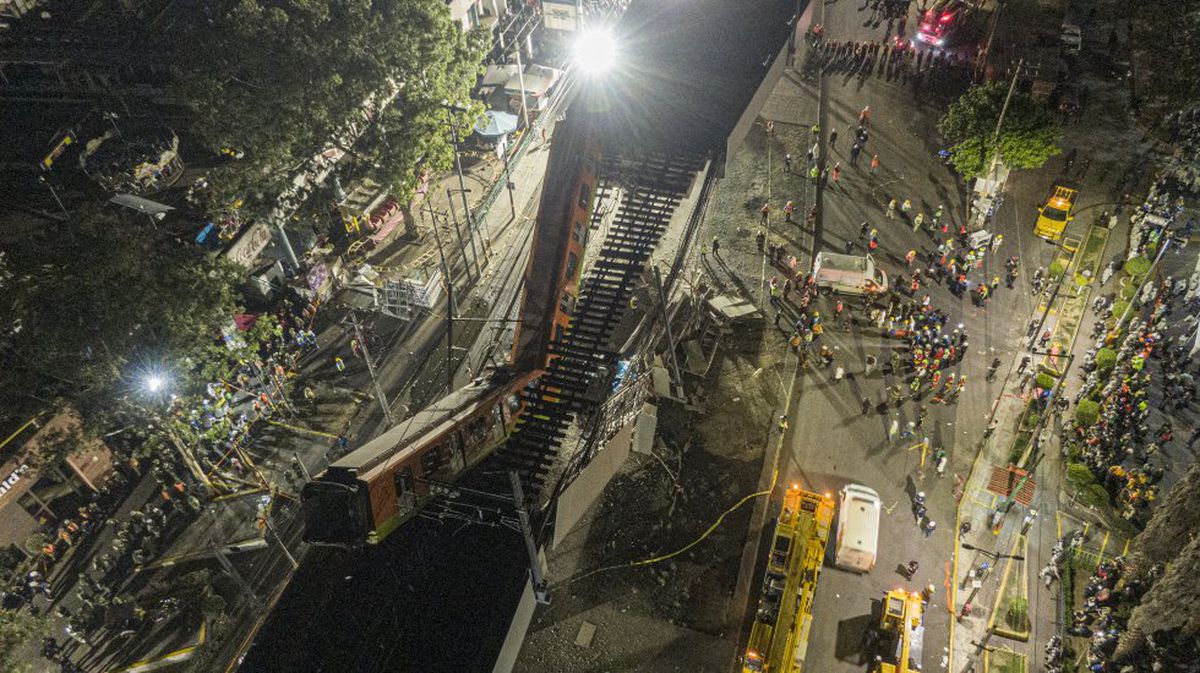 Mexico always shows its greatness in tragedies. On Monday night, when Metro Line 12 collapsed, death and confusion were once again present in Mexico City. They were terrible moments in which the heroism of a handful of neighbors shone who, armed only with their courage, risked their lives to help the victims. Workers like them who returned home after a long day’s work and who had been trapped between the irons by a long chain of nonsense and negligence. Despite the selflessness of those citizens and the rescue services, that night 24 dead and 79 wounded were found under the rubble. And with them too, the trust of many Mexicans in their leaders.

The tragedy on Line 12 was not only predictable, it was avoidable. Well known to the inhabitants of the capital, the infrastructure has been in the wild since its dawn. Born under the shadow of corruption during the capital’s mandate of the current chancellor, Marcelo Ebrard, the work has never stopped presenting problems, especially the section that suffered the collapse on Monday and whose weakness in the face of the earthquake led to repair in 2018. It was of little use. Neither that arrangement was enough nor were the constant complaints in neighbour’s networks warning of an alarming deterioration that was visible at the foot of the street. Nobody paid any attention to them. No responsible person cared what might happen.

It is a sad old run. Authorities who say they do everything for the people, but then only live to stay in office. Great voices that speak from the electoral pulpits and that later forget those who voted for them. That is why promises and well-intentioned gestures now abound. There is neither patience nor distance in the face of tragedy. Enough of avoiding responsibilities. There must be immediate resignations, investigations must be closed quickly and the full weight of the law must fall on those responsible, whoever they are. And it would not hurt if the president of Mexico, who gives so many regeneration lessons every morning, takes the reins and goes to the end. There are too many crossed interests in Mexico City to trust those who could not avoid the obvious. López Obrador, who was the ruler of the capital, knows this well.

On Line 12, too much blood has been spilled. Anyone who thinks it was just an accident is wrong: it was complete and murderous negligence. Losing this opportunity to do justice would once again give wings to impunity, that scourge that does so much damage to Mexico. It is necessary that, once and for all, confidence is restored and that when Mexicans get back on the subway to go to work they do not have to travel with the fear of knowing that no one, other than their own neighbors, cares about they. That train must never leave again.

Worthy of the Next Gen: PlayStation 5 to launch tennis in collaboration with Nike