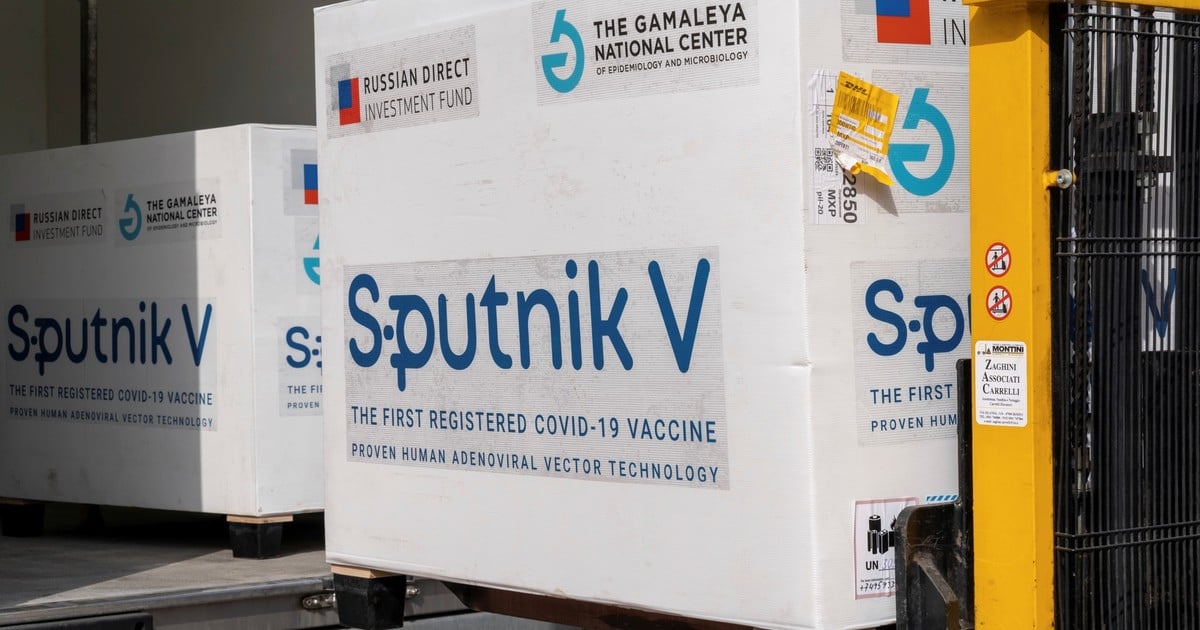 A complaint for the alleged VIP vaccination of a provincial deputy of the UCR of San Martín in a hospital in San Isidro detonated a series of crossed accusations in the previous internal elections of the Buenos Aires radicalism. The escalation resulted in a very tough claim from a group of women leaders against expressions “Macho” and “misogynistic”.

It all happened after a twitter trolls attack against the militant who denounced the situation, amid the national scandal that generated the departure of Ginés González García from the national government. The target – the deputy Walter Carusso – denied the accusations: he said that he never exercised a privilege and explained that got vaccinated in a different district than the one you represent because you live there.

The public denunciation of Nerina neumann, a radical militant of the sixth electoral section, took the form of a tweet: “Oh for a change … The deputy @waltercarusso de San Martín is vaccinated in San Isidro, district governed by his friend @gustavoposse. Privilege for friends of power, while the population continues to wait for vaccines. Stay ‘successful’ outside the UCR, “he wrote.

After that message – to which Neumann attached the documentary evidence of the computer system in which it appeared that Carusso had been vaccinated in San Isidro-, the radical militant began to be the object of a cataract of macho attack by anonymous accounts on networks.

This was denounced by a group of radical referents in a strong statement entitled: “Better to say is to do: we do not want misogynistic radicalism”.

In the document, which was in charge of viralizing on Monday, the leaders of the Buenos Aires UCR denounce the situation: “At this time a tweet from a co-religionist is circulating publicly denouncing the fact that the provincial deputy Walter Carusso (based in the town of San Martín) has been vaccinated in the municipality of San Isidro making use of his influences and closeness with the mayor Gustavo Posse ”.

And they added: “The deputy not only does not directly answer why he did it rather, a series of trolls linked to their political space, currently disputing the leadership of the UCR Province Committee, respond with misogynistic and sexist comments in an attempt to discredit the complaint ”.

“Why we know those trolls act on behalf from space? Because they are same accounts that only retweet and share the content of the accounts of their referents. Why do we know they are trolls? Because of the low number of followers they have and why they do not identify”Continues the fiery statement from radical women.

The trolls who attacked a UCR militant who denounced VIP vaccination. Photo Twitter of Karina Banfi.

“Why are we reporting this? Because we don’t want a sexist and misogynist radicalism; because we believe in him public debate and, instead of discrediting a woman with such commentsWe invite the spaces that participate in the internal of radicalism, to build a radicalism according to the times. From Adelante Buenos Aires, we have always been clear about the preponderant role of women, the importance of respect and clarity in the democratic rules of the game of a political party ”, they express.

The mayor’s sector was directly criticized Gustavo Posse, candidate to preside over the UCR in a internal against Maximiliano Abad which will take place this March 21. The claim of radical women was framed in the previous partisan elections that will define which sector remains with control of the Buenos Aires committee.

From “Adelante Buenos Aires”, which signs the statement, they demanded the explanations of Deputy Carusso and, at the same time, of Posse, “since he would have been vaccinated in a municipal hospital in his district, on the dates where only essential personnel were vaccinated, also appearing in the records as Health personnel when nots “.

“That explanation does not have to be given to an internal space of radicalism but to each of the Buenos Aires residents who, with amazement and displeasure, learned that many leaders were vaccinated while they are still waiting for their turn,” the deputies and leaders who did The complaint is made public, including María Luisa Storani, a Mercosur parliamentarian; Erica Revilla, mayor of Coronel Arenales; Karina Banfi and Josefina Mendoza, both national deputies of the UCR, and Alejandra Lordén, vice president of the UCR at the national level, among others.

“I never exercised any privilege”

Walter Carusso, the legislator appointed by the women of the Buenos Aires UCR.

Almost at the same time that many of the women of the Buenos Aires radicalism repudiated the threats in networks against the militant Nerina Neumann, provincial deputy Walter Carusso released his version of what happened and refused to be a vaccinated VIP. As he explained, on December 28, 2020, he himself registered in the app “Buenos Aires Vacunate” to receive Sputnik V.

“At that time there were few registered, since the effectiveness of the vaccine was disbelieved and many health workers doubted its publication because they stated that its side effects were not yet known. In addition to this, its application for those over 60 years of age was not authorized by ANMAT, which happened only on January 20, 2021, “he wrote in a text that was uploaded to his social networks.

Carusso, who is legislator for San Martín, pointed out that always believed in the effectiveness of the Russian vaccine and that he was in favor of vaccination.

In his reply, he disclosed his registration number in the Province program, 83.625.652, and explained that the “Buenos Aires Vacunate” establishes that “one of the priority vaccination subgroups is that of people at risk and it is made up of those who suffer from pre-existing diseases that increase the probability of presenting serious symptoms when faced with a coronavirus infection ”, among which it was included.

“I suffer from two pre-existing diseases,” he explained, diabetes (I am insulin demanding) and cardiovascular disease since i have an angioplasty since 2016 ”. “I take chronic medication for both pathologies,” he explained.

In addition, he argued that although his DNI includes address in San Martín, which is the place where he was born and where he develops his professional activity, strictly speaking he has his “habitual residence during the week in San Isidro ”.

To refute the claims of the VIP vaccinated, Carusso said that he received on January 4 the first dose at the Central Hospital of San Isidro and that he did so “after having corroborated three requirements that had to be met: 1) if I was enrolled in the province’s program 2) if I was a risk group and 3) if I was under 60 years of age. Of course I was registered as a risk group and I am 56 years old ”.

“I never exercised any privilege and I never will. I have not been vaccinated irregularly nor have I been favored, my parents have not been vaccinated who are over 80 years old or any other member of my family (sister, nephew, children, brother-in-law, partner). What is stated here is what really happened and I must clarify it since I do not make public my state of health that is only known to my family and my close friends, it is something that I preserve from my private life and that does not interfere with my activity as a legislator ”, he defended himself.

“Today the majority of the population already trusts the vaccine, it was not what was happening at that time and the political use is regrettable that is made of health by some malicious sectors that only seek to obtain a certain income from disqualification without really caring about the health of the population, “he counterattacked.

After the deputy was released, Clarín consulted Karina Banfi. one of the signatories of the document accusing Carusso. His explanations did not convince her. “The question that must be asked is why being from a district, which is San Martín, he went to vaccinate his political partner. He took a vaccine from a neighbor of San Isidro“, He said.

“And furthermore, whether it is the San Martín or San Isidro vaccine, he should have foreseen that the entire health service was complete before it was due. There is something missing that many lack, it is the ethical condition, this happened it is immoral“he added.

In the midst of the scandal over the VIP vaccination and the list released by the Government on the inoculated from the Posadas Hospital, the mayor Posse also reported through his networks why he was vaccinated with Sputnik V: he maintained that he did, in line with the governor Kicillof and other provincial mayors to build confidence in the vaccination campaign.

“I hope this matter is not used so that The political opportunists go on a witch hunt that harms us as Argentines and distracts us from what is essential, “he said. Consulted on the case of Carusso, in the municipality they preferred not to comment.

“Sberbank” spoke about the occupations of Russian drivers in traffic jams