Competition is heating up in the self-driving car market 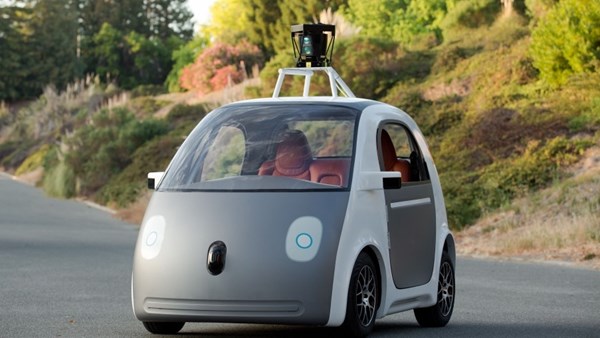 San Francisco (AFP) – The race for self-driving cars has taken on a new dimension with the announcement of the alliance of one of the technology and auto giants, though a number of experts question the ability of Microsoft and General Motors to take the lead from its current owners, Waemo. (Google) And «Tesla».
The “Microsoft” Informatics Group announced Tuesday that it will provide, along with Honda, General Motors (GM) and other investors, more than two billion dollars to the “Cruze” company, which specializes in self-driving cars of General Motors. The company is now valued at more than $ 30 billion.
A statement indicated that this “long-term strategic partnership” aims to “accelerate the introduction of autonomous cars on the market” thanks to cooperation agreements in engineering or cloud computing issues.
“Microsoft, as a reference in popularizing the use of technology, will help us double our capabilities in introducing our self-driving cars” to the market, Dan Aman, general manager of the company, said.
The news sparked a relief on the stock market as the carmaker’s share rose more than 9% on Wall Street. The estimated value of “Cruz” is $ 30 billion, which is slightly less than half the value of “General Motors” on the stock exchange (about $ 76 billion now).
Jessica Caldwell, a specialist in the auto market at Edmonds, explained that “any of the parties undertaking the project alone did not wear any value.”
“Microsoft has always been adept at making informatics available to the public, and this is one of its most important skills,” she added.
Multiple alliances
But she pointed out that the two companies “are both huge. They are not startups that operate quickly and lightly.”
In an indication of investor interest in the future of transportation, the value of the American company “Rivian”, which will deliver its first large electric vehicles this year, is worth $ 27.6 billion, a source close to the company told AFP on Tuesday.
Analysts expect an increase in investment and partnerships in the sector, as years of research and innovation begin to reflect product launches for the sector and the public.
Last fall, Waymo, a subsidiary of Google, extended its self-driving taxi service to a large number of passengers in Phoenix, Arizona, where the company has been testing its vehicles since 2017.
For its part, Tesla has been testing an upgraded version of its Autopilot driving assistance software, called “Full Self Driving”, a few weeks ago on a small group of customers. The value of the electric vehicle manufacturer on the stock exchange has increased in recent months to nearly $ 800 billion.
Dan Ives of Wedbush noted that “there is an intersection between technology players and car manufacturers,” and said that “Apple is also not far from entering the field,” noting that the market for electric and autonomous vehicles will reach a value of one thousand billion dollars during the forging decade .

Intense competition
“It is possible that the Joe Biden government will provide significant support for electric cars, which will benefit auto companies such as GM +,” said Garrett Nelson of CFRA Research.
However, many analysts do not trust General Motors’ ability to confront “Waymo” or “Tesla”.
“Tesla has a holistic approach with systems for software, industrial production and batteries, all of which are seamlessly interconnected with one another,” said Tripp Chowdhury of Global Equities Research.
But it is difficult at this stage to determine which side will emerge victorious from this confrontation. The global health crisis has reshuffled the cards in the sector amid a decline in appetite for the use of shared transportation, and not all the approaches adopted in this field can be compared.
“General Motors is a great player in the self-driving car market,” said David Weston of Morningstar. They get less attention than Tesla or Waymo because people think that car manufacturers cannot succeed in this area. This is a mistake”.

The family of the former president of Boca, Pedro Pompilio, won a trial against the mediatician Jacobo Winograd for false news

The students will not return to school next Sunday