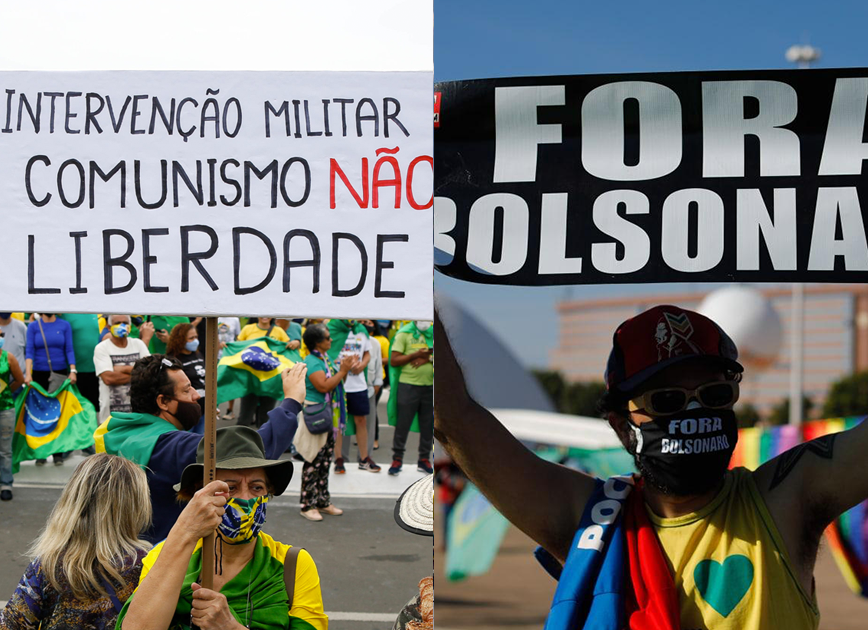 Protesters protest the president Jair Bolsonaro (no party) this Saturday (June 19, 2021), in Brasília and other Brazilian cities. The acts were called for by opposition movements.

O power360 it selected photos by its photographer Sérgio Lima of pro-Bolsonaro acts carried out in Brasília during the pandemic, to compare with photos from this Saturday and May 29, when the opposition also took to the streets.

In all the demonstrations –whether for or against Bolsonaro– the participants are crowded. This is not recommended by health authorities such as Anvisa (National Health Surveillance Agency) and the WHO (World Health Organization). Clusters favor transmission and contagion by the coronavirus.

See the photos below:

The most recent pro-government act in Brasília was on May 15, organized by the ruralist sector. Bolsonaro flew over the crowd in a helicopter and spoke alongside ministers.

The image below compares aerial photos of the protesters. In the photo above, hundreds of people walk along the Monumental Axis towards Congress, in an act against the president. In the photo below, a group of pocketnaristas gathers in front of the Legislative headquarters.

On May 1, 2021, the date on which International Workers’ Day is commemorated, Bolsonaro supporters organized acts in favor of the government in several Brazilian capitals. Most were dressed in green and yellow.

In the protests this Saturday (June 19), the colors were more varied. In addition to red, the color associated with the left, the participants also carried the rainbow flag and wore green and yellow.

The president’s allied base has carried out acts in favor of the government since the beginning of the pandemic. The images below compare this Saturday’s protests against the president and pro-Bolsonaro acts carried out in 2020: