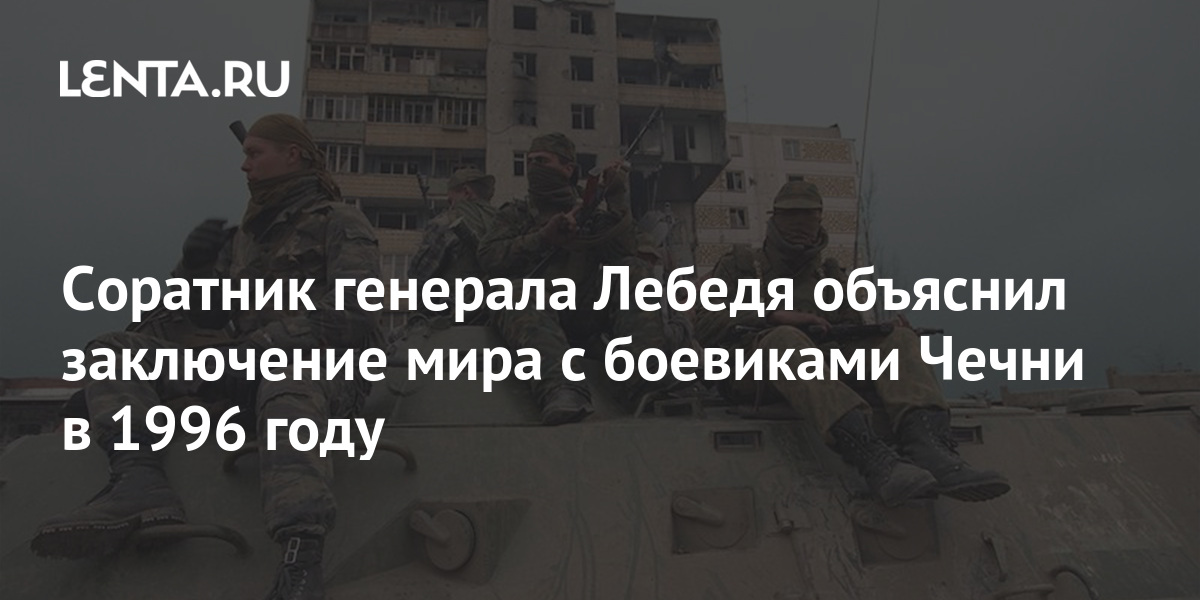 The purpose of the signing of the Khasavyurt agreements in 1996 was not to achieve peace at the price of a promise to consider the issue of Chechnya’s sovereignty, but to enable the federal forces to regroup. His version of the reasons for the conclusion of agreements in an interview with “Lente.ru” told the press secretary of the Russian Security Council Alexander Lebed in 1996-1997, Alexander Barkhatov.

“The purpose of the paper was originally one – to buy time for a real regrouping of forces, including the creation of several shock formations,” he said.

According to him, on August 30, 1996, members of the Russian delegation waited in Khasavyurt for Chechen militants’ chief of staff, Aslan Maskhadov, with representatives of Chechnya for more than four hours, concluding that the militants were “starving” the parliamentarians.

“They say that Muscovites will get tired in the summer heat of Dagestan and will be more accommodating. Honestly, the calculation was not stupid, “- stated the interlocutor of” Lenta.ru “.

He said that the discussion of each word of the agreement took several minutes. As a result, the final text was agreed after midnight on 31 August. “And I screwed up – I missed as many as three soft signs in the verbs … We signed the Agreement, yes, without three soft signs,” Barkhatov admitted.

The Khasavyurt agreements, concluded on August 31, 1996, drew a line under the first Chechen campaign, which began in 1994 with the aim of regaining control over the republic that had declared its independence from Russia. According to the agreement signed by General Lebed and Maskhadov, the hostilities ended, but the issue of the status of the region was not resolved – it was postponed for five years.

The agreements did not affect hostage-taking and ransom practices, nor did they establish a lasting peace. Three years later, Chechen militants attacked Dagestan, initiating the second Chechen campaign, as a result of which the republic was returned to Moscow’s control.