Companies ask their managers for green goals to collect the bonus 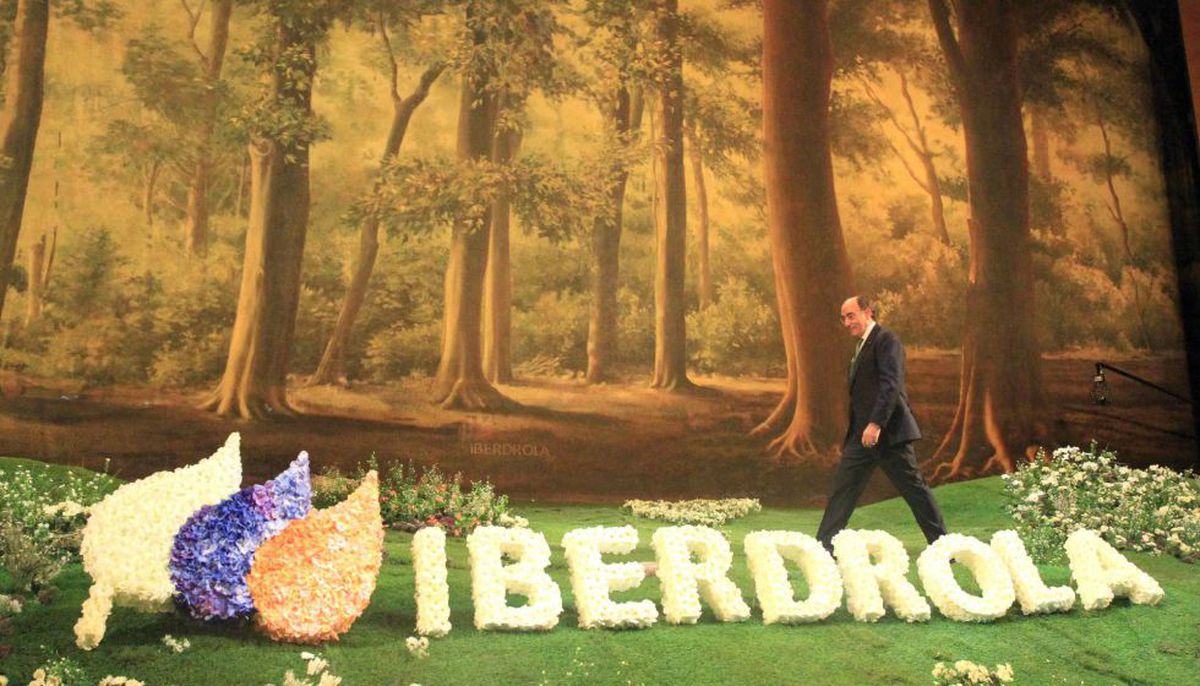 Variable remuneration is the object of desire of business managers. Until a few years ago, its achievement depended only on economic issues such as reaching a certain level of profits or boosting the company’s market value on the stock market. However, the threat of global warming, greater social awareness of climate problems and pressure from large investment funds have led the main Spanish companies to include green criteria so that executive directors and members of senior management can charge your bonuses.

The last to join this remuneration trend has been Telefónica. The operator chaired by José María Álvarez-Pallete will propose to the next general meeting of shareholders the approval of a five-year incentive plan (2021-2025) for 809 executives for a maximum of 200 million, consisting of the delivery of shares of the company subject to the achievement of a series of goals that ranges from going public to the decarbonization of the company itself. Specifically, Telefónica points out that in order for the incentive to be paid “it will be necessary to reach a certain level of reduction of emissions of scope 1 and 2, in line with the Paris Agreement scenario and with the objective set by the company of zero net emissions by 2025 in its four main markets ”.

Juanvi Martínez, director of Mercer’s human capital consulting area, believes that these environmental objectives will continue to appear “increasingly” in senior management compensation packages, both in the short and long term. “There is a tendency for all interest groups (consumers, companies, employees, investors, regulators and public institutions) to have sustainability as a priority. Additionally, according to a study we have carried out, organizations whose CEOs have sustainability and environmental objectives are more likely to present higher business growth rates, ”says Martínez.

The case of Telefónica joins other companies that already had climatic criteria in their salary schemes. An example is Iberdrola, where the annual and multi-annual variable remuneration is linked to economic-financial, industrial and other parameters linked to the sustainable development objectives (SDG). In April 2020, the board of the electricity group led by Ignacio Sánchez Galán approved a 2020-2022 strategic bonus for 300 executives consisting of the distribution of 14 million Iberdrola shares (with a current market value of 162 million euros). Among the goals to be met to receive compensation is to reduce the average intensity of the company’s carbon dioxide emissions to “a level of 105 grams of CO₂ per KWh.”

Juan Guerrero, director of the area of Executive Compensation at Willis Towers Watson, points out that the recommendation they make to their clients is that the ESG metrics (environmental, social and corporate governance) have a minimum weight of 10% among the variables to which the achievement of the bonus is subject , since under this weighting, managers would not be incentivized to meet the green goals.

Inditex is another of the large listed companies that has sustainability objectives for the perception of variable remuneration, both annual and multi-year, and its weight in remuneration is at least 15%. The board of directors of the textile group, at its meeting on March 9, fixed that by the year 2021 its managers should achieve progress in the “elimination of single-use plastics for customers”, in reducing waste generated in the company’s facilities or obtain a minimum percentage of internal consumption of renewable energy in the headquarters, stores and logistics centers. The group chaired by Pablo Isla also linked the variable salary “to the growth in the number of sustainable items.”

In the case of Repsol, environmental criteria are even more decisive for obtaining the bonus. At the meeting held by the board of directors on February 17, the metrics to be met this year were established so that its CEO, Josu Jon Imaz, can obtain his variable remuneration and the “decarbonization and sustainability” objectives are weighted with a 25%. Among them is the development of “low carbon businesses”. In the long-term incentive program 2021-2024, the environmental criteria increase their weight to 40% of the total.

“Sustainability is also understood in the sense that the company is capable of generating long-term sustainable results that allow remuneration to shareholders and the very survival of the business. It is useless to be the most sustainable company from an ESG point of view if it is not able to guarantee jobs because positive financial results are not obtained ”, explains Guerrero. “The great challenge that companies face today, in order to be a” sustainable “company, in the broadest sense of the word, is related to the balance between ESG priorities and financial objectives,” adds the expert from Willis Towers Watson.

The two large Spanish banks have also pointed to the climatic trend in terms of remuneration. In the case of BBVA, the board has approved a new remuneration policy, which it will submit for approval at the next meeting. Among the main novelties is the “incorporation of metrics related to sustainability in the variable remuneration scheme for executive directors”. This criterion, which is mainly related to “mobilizing sustainable financing”, is weighted by 10% in the salary evaluation of the president, Ángel Torres, and the CEO, Onur Genç. This commitment extends to the variable remuneration of all the entity’s employees.

For its part, Banco Santander links the bonuses of its executive directors to different quantitative objectives such as the return on tangible capital (RoTE), but this ratio in turn is subject to a qualitative evaluation that broadens or reduces its scope, and which includes “The degree of progress in the commitments made to promote the group’s responsible banking agenda.” This agenda is made up of 11 points, including supporting its clients towards a more sustainable economy. “Our goal is to finance or facilitate the mobilization of 120,000 million euros between 2019 and 2025 to combat climate change,” says a note from the entity chaired by Ana Botín.

The rapid inclusion of sustainability criteria in the remuneration systems of the business leaders would not have been possible without the pressure of the large fund managers, which are ultimately the ones that can determine the price of the shares and have a growing weight in the votes of the boards. The world’s largest institutional investor, BlackRock, with assets under management of $ 8.6 trillion (€ 7.28 trillion), is perhaps the market’s biggest activist on the energy transition. Every year, its president, Larry Fink, sends a letter to the CEOs of the world’s leading companies giving them duties. In this year’s letter, Fink sent a clear warning to sailors: “As more and more investors choose to orient their portfolios towards companies focused on sustainability, the more the far-reaching transition we are witnessing will accelerate. And since this will have a drastic effect on the way capital is allocated, all management teams and boards will have to consider how it will affect the shares of their company ”.

Britain withdraws some trains due to cracks in it