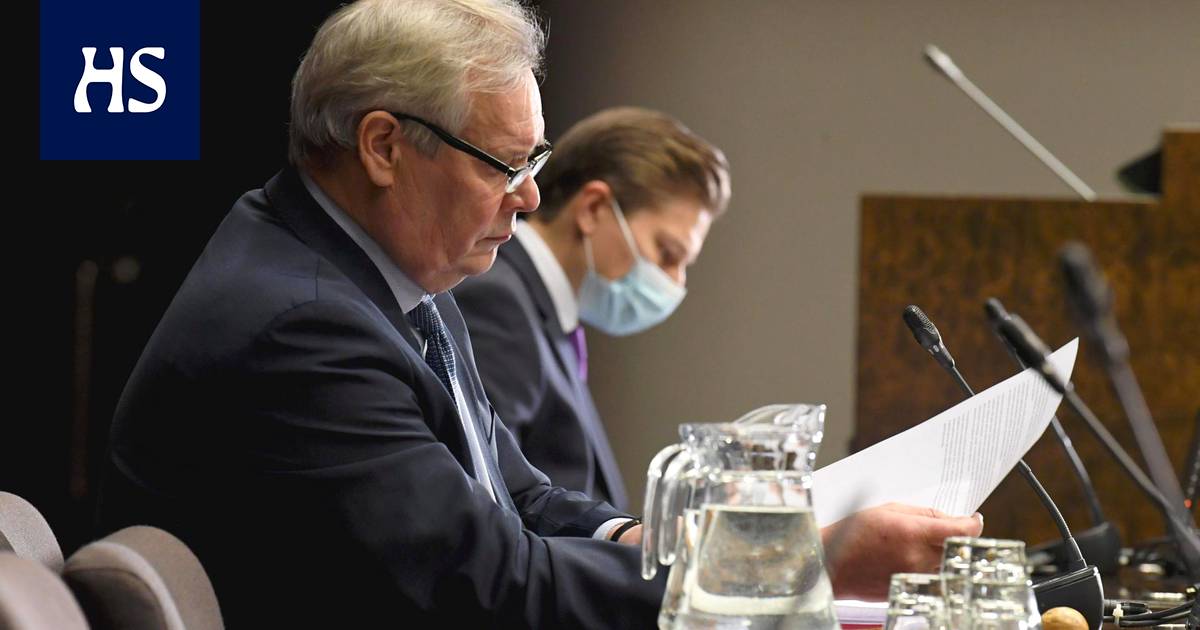 According to the unanimous opinion of the Committee on Constitutional Affairs, the period of validity of the amendments to the law should be shortened so that it expires at the end of June and not at the end of the year. as proposed by the government.

Committee on Constitutional Affairs on Thursday released its statement on changes to the Communicable Diseases Act. The opinion of the committee was unanimous, but the committee emphasized the temporary nature of the changes, ie they would only be valid until the end of June, not until the end of the year, as proposed by the government.

According to the committee, the government’s proposal is not unconstitutional, but it requires some further clarifications in addition to the timetable.

According to the committee, for example, Article 9 would require reflection on the organization of social and health services in a different way. In the Committee’s view, it already resembles a similar article in the Emergency Preparedness Act, so the Committee on Social Affairs and Health should consider omitting it from the proposal.

The importance of the compensation system was also emphasized by the committee when and if companies lose their income if their premises are closed during the worst phase of the corona epidemic.

In the Committee’s view, the basic solutions to the draft law are therefore in accordance with the Constitution, and the proposed measures can be considered necessary.

Committee on Constitutional Affairs also assesses whether the changes should have been enacted under Article 23 of the Constitution, which would derogate from fundamental rights. The committee emphasized the exceptional nature of the application of this article.

In the Committee’s view, however, the content of the proposed powers, with some clarifications, is such that they can be laid down under ordinary law.

The committee paid particular attention to the proposed paragraph of Article 9, which deals with the extension of social and health care activities.

In the Committee’s view, the provision is very similar in substance to the section of the Emergency Preparedness Act concerning the activities of social and health care units.

In the Committee’s view, the transfer of competences based on the regulation of the Emergency Preparedness Act – even specifying the competences – to the legislation of normal conditions is not a perfectly appropriate course of action under constitutional law.

The report the drafting social and health committee should therefore consider deleting this provision and leaving the matter to the regulation of the emergency law, the constitutional committee says.

The Committee on Constitutional Affairs considers that, for constitutional reasons, it is justified to provide for reasonable compensation to traders for financial losses resulting from a decision by an authority to close premises.

In particular, compensation would be necessary when the restriction lasts longer than the two weeks set for the maximum period of one closure decision.

The Committee on Social Affairs and Health should supplement the regulation, but the provision of compensation is not a precondition for dealing with the law in the order of enacting ordinary law, the Committee on Constitutional Affairs assesses.

Coronavirus The completion of the Communicable Diseases Act, which is central to preventing the spread of the disease, is now nearing completion in Parliament. According to the proposal, if implemented, the law would allow the regions to close, among other things, private gyms.

In addition, it could close, for example, public lounges in shopping centers.

Several parliamentary committees have issued and will continue to issue statutory statements this week.

The report on the bill is prepared by the Committee on Social Affairs and Health.

Antti Rinne, Chairman of the Constitutional Committee, and Antti Häkkänen, Deputy Chairman, at a press conference on Thursday.­Picture: Jussi Nukari

The Met warns of low visibility due to fog