Comments on the German game: “It was of course a nerve-racking thriller”

Captain Manuel Neuer: “We’re just relieved that we made it. We were behind, we are behind again. It was, of course, a nerve-racking thriller. Of course it’s hard against a team like that when you’re 1-0 down. You could see that they defended very well against Portugal and France over long stretches. It was a multi-legged defensive chain. We weren’t lucky enough in the first half. That’s why it was 1-0 for Hungary for a long time. “

Neuer on the round of 16 against England: “It’s a completely different game. You have seen it when we play against more powerful teams. We have great boys and still have confidence, even though we played 2-2 against Hungary. It’s a knockout game, we want to move on. Wembley suits us. “

Leon Goretzka: “I’m so happy. You take on everything and the fact that the ball falls in front of my feet just went well. The ball falls in front of my feet and then just put it in. What shouldn’t happen at all is the situation after the 1: 1. We have already mentioned that. When it comes to standards, we’re not back on the field fast enough. You made the redeeming 1: 1 and then it falls 2: 1, of course that must never happen if you want to achieve something in a tournament like this. We don’t have any doubts, we don’t need to. We are full of confidence. The game was very, very difficult. There is a lot of resistance that one has to fight against. It’s great that we did it, in front of our own audience. “

Joshua Kimmich: “Of course I was worried. We have had a brutally difficult time. We weren’t really good even with our own possession. “

To England: “Great! There is hardly a more beautiful game. Whether it has to be in the round of 16 now … We are definitely hot. I hope that we have finally made it to the tournament. “

National coach Joachim Löw: “We have also shown extremely good morals. Made mistakes, but fought until they equalized. The morale was sensationally good. It wasn’t for the faint of heart. We knew that Hungary would get everything, everything would be closed. Then unfortunately we made a mistake. In the end, you have to say: getting through this group was good, and that was the goal. You can see that other teams are also struggling. The little ones knock everything in somehow, defend. It wasn’t that easy because ten people are in their own half. You have nothing to lose. In the end, what counts is that we are further. “

“We can look forward to the game against England. I think that’s of course an absolute highlight when you can play England at Wembley. We will act differently than we do today, we can promise that. “

Hungary’s goalkeeper Peter Gulacsi: “It’s hard to find the words right now. We played a good game. Germany dominated the game, but we expected that too. In the end it is bad luck, luck for Germany. Goretzka’s shot was deflected a bit, which is very bitter for us. You scored two goals with two chances. Yes it is hard. We made three very good games for our level. The group we got is probably the hardest thing to get in Europe. We were still in a position to advance until the last game in the 84th minute. In the end, it’s the little things that make the difference. Before the tournament we would not have thought that we would be so close. Now of course it’s bitter. “

Former national player Michael Ballack: “We made simple mistakes and made it difficult for ourselves. After this game we’re not much smarter than we were before the European Championship. Although it wasn’t a convincing performance, I think we’re favorites against England in the round of 16. The English suit us. We will definitely see a different German team there. “ 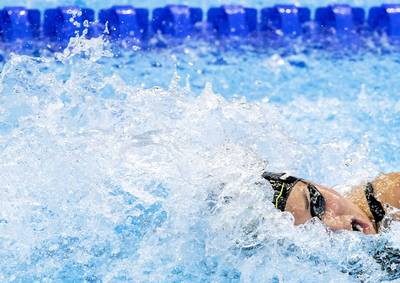